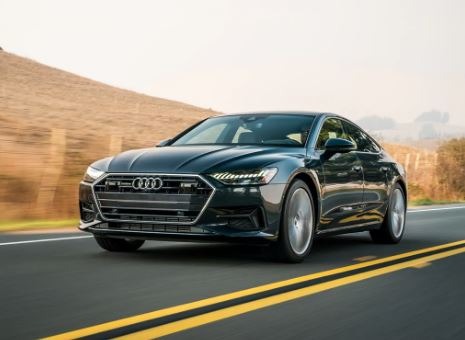 Sleekness combined with elegance tucked with luxuries then made into a designer suit. The A7 is a home in form of limousine more than just a luxury sports saloon

Audi A7 with its advent into market pushed off all the competitors including Mercedes-Benz CLS for good. The rakish styling with lowered end is absolutely the peak of German styling in this era. The Audi A7 2019 is bravo as everyone wanted to look some different. The architects got so much obsessed with styling that they even removed fuel filler cap so it doesn’t comes in way of styling lines and curves.  The Audi A7 2019 is a marvel that speaks legacy of German Engineering decades after decades.

Car manufacturers are moving toward greener engine and emissions with hybrids and electric motors dominating the market. The Audi A7 2019 is powered by mild-electric 48-volt drivetrain. The system restores energy produced from braking to convert it into electricity which then powers your engine when driving at speed between 34mph and 99mph. In addition the engine is switched off with transmission declutched while going downhill.  Even the stop-start system gets shut down till you go below 13mph speed. Thus the Audi A7 2019 drives itself practically with minimum output from petrol engine at lower speeds and downhill, efficient and green. 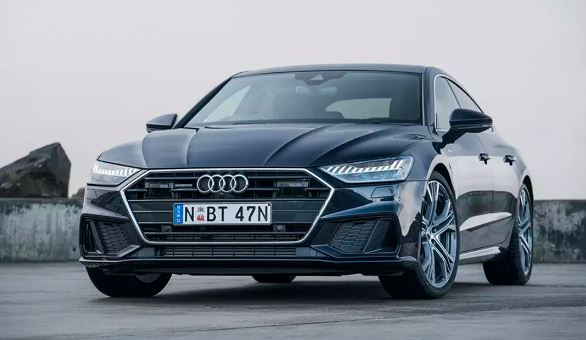 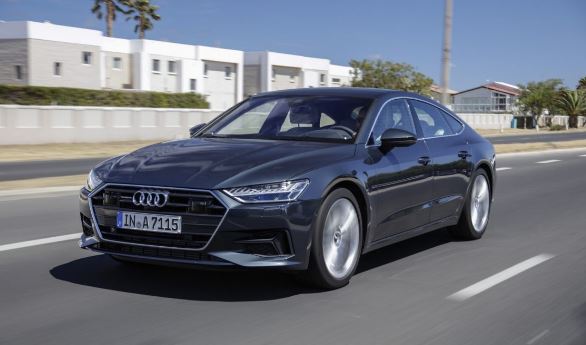 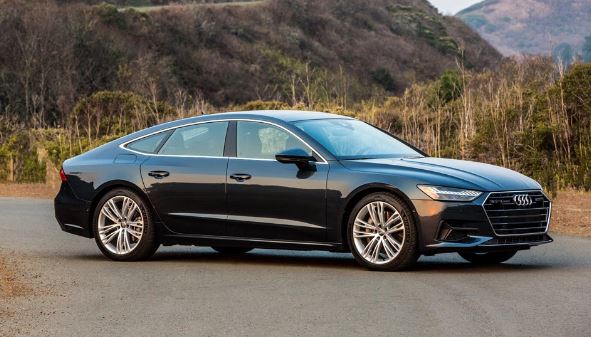 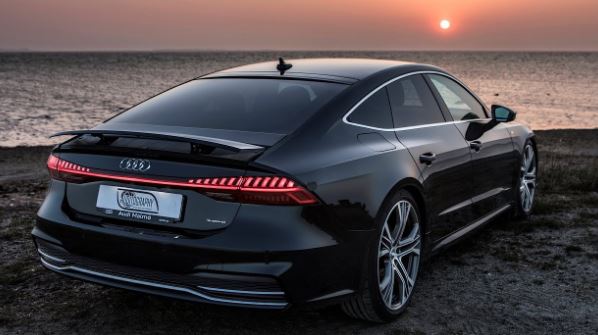 The diesel version of Audi A7 2019 comes under A7 50 TDI as 3.0L TDI. The 8-speed transmission gear box isn’t top notch in league and not praised by many either. It’s heavier and less-efficient. Other than that, you still get the A7 if you insist on getting a diesel engine it’s good to dive.

The Audi A7 2019 is offered in three trim versions as:

Audi A7 2019 has five sets, 535 liters trunk and 1,390 liters space by folding the rear seats. This means you can carry two golf bags in trunk in addition to spare tyre already placed there. The longer cabin than A5, A6 means you have more space to spread legs and be comfortable while swiping on your independent multimedia screens. Thus no need to twist knobs touch buttons when you can set air-conditioning, music and everything else in interior by your screen. The luxurious spacious top of the line interior makes the back and front seating comfortable as much as known to mankind. Now let’s talk about what are these fascinating features that you get.

As soon as you open doors the same top notch interior room from A8 limousine welcomes you inside the A7. This means the A7 gets all the essentials from A8’s qualities. The horizontal sweep of gloss black glass extends from touchscreen till end of passenger side door. There are prominent handles for hand rather than casual cut-out. The steering wheel is redone to be more spooky and stylish as sleeves lifted up in suit. The fit & finishing inside room are to multi-meter perfection with 12.3 inches screens at back. The 21 mm leg space in the rear is enough to stretch your legs while you get driven in most luxury vehicle. Ambient lighting, heated seats ventilated massage seats at front on higher trims, heads-up display Audi virtual cockpit, panoramic sunroof, three-zone climate control. Apple CarPlay, Android auto, navigation and personalized setting in 10.1 inches screen are also included. The Audi A7 2019 simply has every option available and known to automotive industry. Everything from one corner to other from inch to another is perfection. 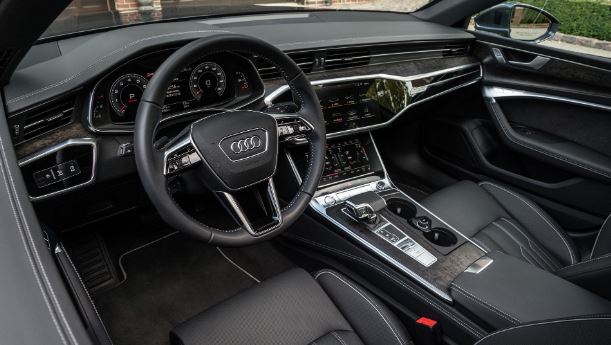 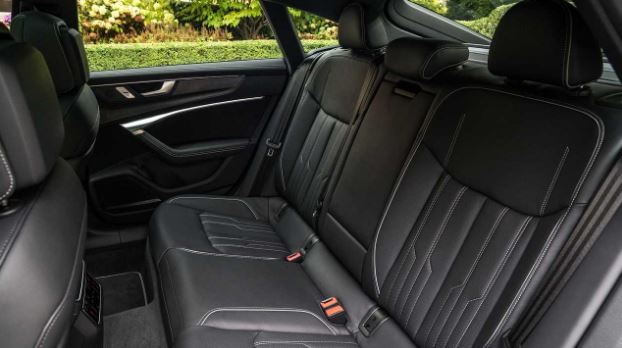 The Audi A7 2019 offers advance safety features such as standard forward collision with automatic emergency braking. Blind spot monitoring with rear-traffic cross alert. Lane departure warning and lane-keep assist. Other than this, the Audi A7 2019 has adaptive cruise control for driver assistance, night vision and stop-go technology.

Audi A7 2019 is the best vehicle available globally. The A7 has won World Luxury Car of the Year 2019 because of its marvelous styling combined with refined super excellent driving experience. The A7 is everyone’s dream indeed.