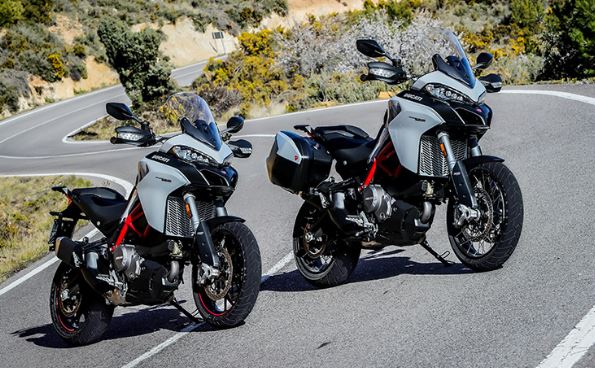 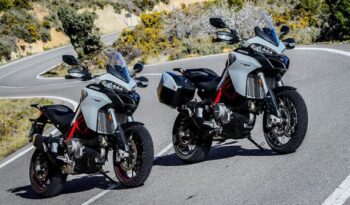 DUCATI’S 950 Multistrada always had a bit of a reputation as the baby-sibling of the family. The Multistrada 950’s styling is based on the Ducati Multistrada 1200.

It’s driven by the 937cc engine used in the Hypermotard 939, but with a dedicated intake system and ECU.  The Multistrada 950 makes 113hp at 9,500rpm and 71lb/ft. torque at 7,750rpm. There’s plenty of torque and 80% of the available torque is delivered between 3,500rpm and 9,500rpm. Just because it’s the smallest capacity Multistrada, don’t think that it’s anything like a lesser bike, it’s got a suite of electronics, a full info-packed monochrome LCD dash screen picked from the 1200, plus fully adjustable suspension at both ends. It completes its looks with its sub frame, trellis frame and styling including that front end. The silencer is from the Enduro. The seat is unique or the 950 and is 840mm high. The Multistrada 950’s comfort and ergonomics are the same as the bigger bikes. Ducati’s focus for the Multistrada 950 being on accessibility and versatility comes with electronic aids. There are four riding modes – Touring, Sport, Urban and Enduro, plus eight-stage traction control and ABS with three levels of adjustability. Switching between riding modes alters the ABS and traction settings, changes the throttle map and available power.

The Ducati Multistrada 950 returns us 14.87km\l in the traffic choked streets and when taken on the open highway, the mileage figure rises to 25.57km\l which is really impressive given the displacement of the motor. The 20 litres fuel tank capacity means that the Multistrada 950 will have a range of over 400km.

Powering the 950 range is the 937cc, four-valve per cylinder unit from the last generation of Hypermotards. It’s Euro-4 compliant and produces 113hp (claimed) at 9000rpm and 96 Nm (71 lb-ft) of torque at 7,750rpm. All the ducati bikes are six-speeds and feature a hydraulically operated slipper clutch with servo assistance and with the switchable quick shifter appearing on the ‘S’ models only – you could spec the 950 with that as an option if you wanted. The Testastretta 11° power plant is more about usable torque rather than sheer horsepower. With the maximum of torque available from 3500 to 9500 rpm, you will find yourself shifting less and enjoying the ride more. The maximum 113 horsepower comes at 9000 rpm. 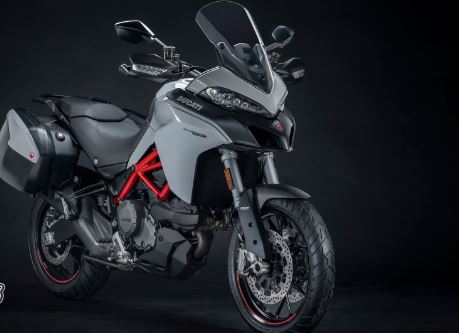 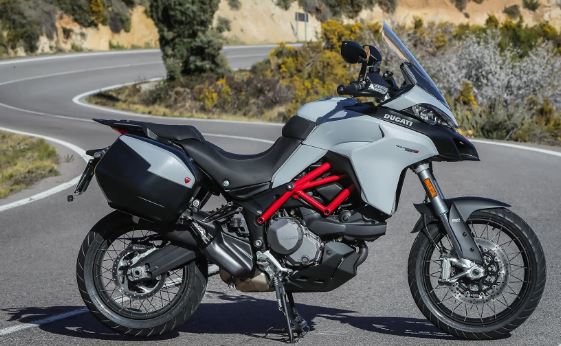 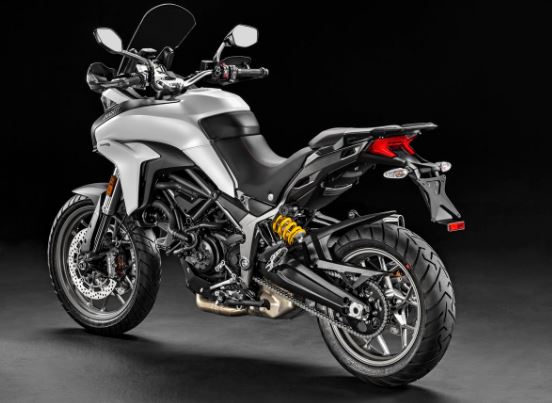 The bike is also equipped with a number of riding modes—Sport, Touring, Urban, and Enduro. After selecting what sort of riding you will be doing, you can then adjust the power delivery, suspension settings for front and rear independently, traction control, ABS intrusion, and quick shifter. While for the less experienced riders will be satisfied with the four modes and their recommended settings. Paired to the suspension is an IMU controlled electronics package that includes Bosch cornering ABS, traction control, Vehicle hold control, riding modes, quick shifter, cruise control, a tire pressure monitoring system and 5” TFT dash. The exterior of the machine has had a muscular makeover. The older 950 was noticeably slimmer and thinner looking. The standard 950 gets the same styling tweaks, ABS and riding modes but not the Skyhook system. Instead of vague numbers for suspension, power, traction control, and ABS settings, Ducati goes with instinctive text- and graphics-based descriptions. Ducati makes it easy for everyone to understand. For instance, as you adjust the suspension, you have five choices ranging from Hardest to Softest. An advantage of the variety of descriptions is that it helps the rider understand how the changes interact.

The $1400 Touring Pack includes side panniers, a center stand, and heated grips

The Ducati Multistrada 950 is indeed a very impressive motorcycle. Its ability to cover large distances, and the firepower inside makes it a machine that can cruise down the highways effortlessly. If you ever encounter some rough patches all you need to do is open the throttle. The ride modes provide the Multistrada with a multiple personality depending on your need while the safety system, traction control and ABS will watch your back.