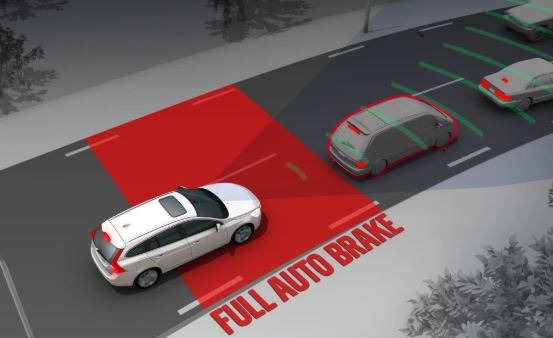 There is no doubt that technology related to automobiles is getting better with every passing day. The features those were used to be expensive now becoming standard day by day and most importantly features related to safety. First air bags and seat belts now automatic braking that used to require extra spending is now going to be standardize from next year. This effort is made by Japan and European Union instead of china and United States to bring 40 countries on the platform to agree on a single point. According to agreement; starting from the next year cars and light commercial vehicles are constrained to be equipped with automatic braking.

Thousands of lives lost every year due to road accidents while the automatic braking system could help to save these lives. Automatic Braking works with the help of sensors, these sensors monitors anything in front of the car and apply braking when anything comes near to a certain distance.

With the advancement in vehicles specifically in electric cars these features are becoming more and more important for being as standard. Not in united states but about all around the world automatic braking is standard in luxurious vehicle with some other safety features like Blind spot monitoring, traction control and many others but the good thing is that from the next year all the light and commercial vehicles will have this feature.

As United States is the member of this agreement but it didn’t participate as it used to in matters like this,

“Jasum Levine, executive director of nonprofit center for auto safety said; Lack of the US participation in the UN Group is embarrassing for the country that once leads in auto safety sector,”