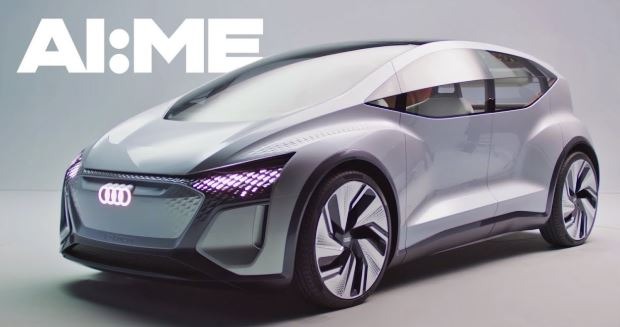 Audi has a 108 years old history of making splendid and luxurious vehicles that has its roots in Germany. Audi is engaged in producing hundred percent galvanized cars to prevent corrosion with zinc coating on its body. The durability of vehicles even surpassed Audi’s self-expectations. The AI Audio is a driver assist feature being offered by the company in three door hatchback and sports car. Company is working to give its customers fully autonomous driving. Audi has now revealed its brand new concept of latest Audi AI: ME at Shanghai automobile show held few days back on 15th April, 2019. This all new car will be built on Volkswagen MEB electric platform. It is based on fully autonomous driving concept but it is provided with steering wheel too so the driver can change the directions of the car. Audi defines the concept of this upcoming car as: AUTONOMOUS CITY CAR OF THE FUTURE. It will be an electric car and it is supposed to be the third living space other than our homes and offices according to Audi Company. Actual focusing thing is the interior of the car which mesmerizes the viewers with its magical appearance of the cabin. Let us see the concept of Audi AI: ME in detail.

Engine and power of the concept

The traditional engine is replaced with the 65kilo wat per hour electric motor in it which generates 170 horsepower. It will have that much of top speed as required for longer journeys on highways and will offer high acceleration values that can speed up the car at 43 miles per hour on shorter distances. The steering wheel comes with folding option in which there are four autonomous modes. The battery of the car will need to be recharged after every two weeks for better and efficient performance.

Exterior looks of the concept

The all new car has been developed for city use with the shape of zero emissions hatchback. The design of the car is futuristic with absence of conventional B pillars. Intricate new designed LED headlights at front and tail lights give a modern look. It is 4.4 meters in length and 1.9 meters in width. There is a distance of 2.77 meters between front and back axles while a height of 1.52 meters. The exterior looks of the car is designed by the Audi designer Michael Horn and he made the outer looks very stylish with two side doors that opens easily in opposite directions so the passengers will have easy access into the cabin.  LED lights are high beam lights that will help the driver to see the surroundings easily. The roof line is sloped at front and angular shaped at back. The car seems to accommodate four passengers. Big sized wheel of the car gives a super sporty look to the car. Car will have the four ring logo on its body to enlighten the real specialty of the car. 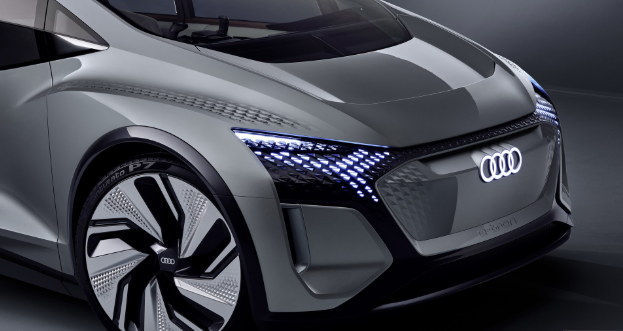 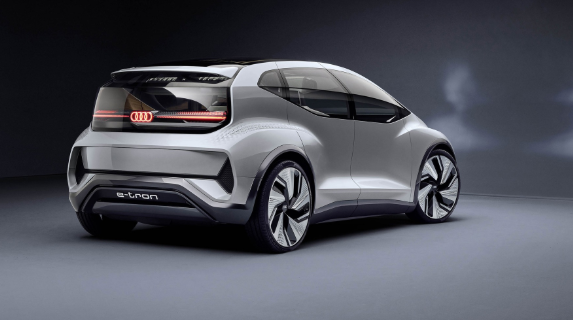 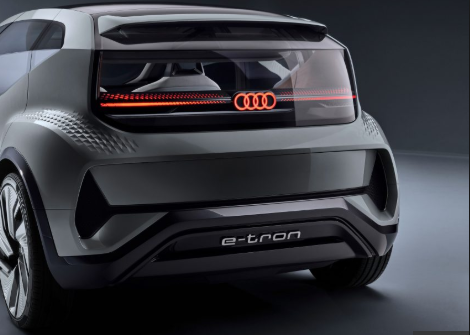 Interior looks of the car

The interior designer of the car: James Nissen tries hard to give a royal luxurious appearance to the cabin with all new modern looks. The cabin has ambient lights with climate control system inside for the quality of ride. The inside cabin is noise insulated to suppress the noises of the urban areas. The all new concept in the cabin is the living plants on the roof of the car to improve the quality of air with fresh oxygen for the passengers. It not only gives quality air inside the cabin but it also gives a natural magical look. The dashboard has stunning looks with huge screen placed behind the steering wheel and the wooden panels create a deluxe look. Concept video shows a spacious interior with comfortable seating and adjustable front and back seats with headrests. The cabin is also equipped with magnetic cup holders and plate holders for passengers ease. You will also get VR goggles for the entertainment that will entertain you in the journeys. Steering wheel can be folded into table when not required into use. 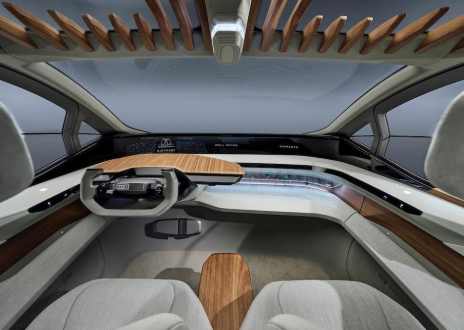 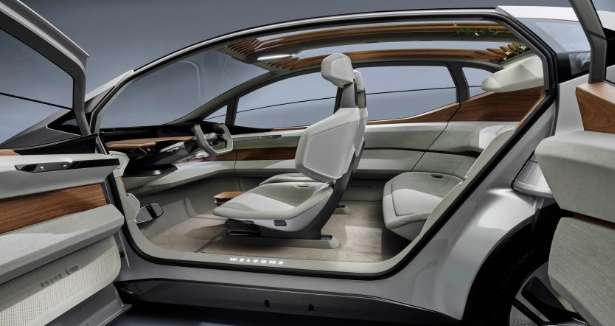 The actual concept of the car is autonomous driving which means the driving will be fully automatic. It offers level four autonomy in which the driver will drive the car in areas where driver is required and when drivers are not required in specific areas the driving will be total automatic and even the steering wheel can be folded and turned into table for usage. When the self-driving mode is switched off the table folds down and the steering wheel folds out. In this case the steering wheel will be used by the drivers to change the direction of the car but it will be automatic in this case too.

Expected price and date of launch

The exact date and price of the car is still not announced yet. It is expected to be priced around thirty five thousand pounds and we expect to see it on roads at the end of 2020 or in the beginning of 2021.

Audi reveals a marvelous concept with people will let many people drive independently and freely whenever they want especially the disabled persons. The living plants concept in the cabin let the journey comfortable and healthy for the patients with breathing problem especially asthmatic ones. The all new Audi AI: ME offers latest technology with highly entertaining features like VR goggles and luxurious looks with Porsche and stylish appearance but we should keep in mind that it is a concept yet and we can see so many changes in the original vehicle to be launched. Company is testing on this concept and working hard to make this concept possible in future and if company succeeds in practically launching this concept then there will be a huge facility for the people and we expect a record breaking sale of Audi AI:ME. We hope to see the practical cars soon in future that will let the concept of autonomous driving possible.