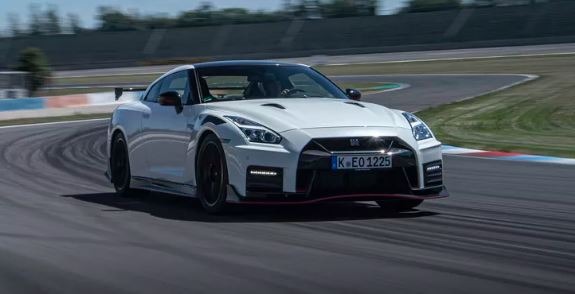 Depending on the premium luxury grade, the 50th anniversary demands amount $9,500 premium ($209,300 plus on-road costs) over the model on which it depends, and also add on the essential exterior badging and 50th anniversary logos as well.

The special edition model is available in three non-identical legacy color schemes, observed from the GT-RS in the Japan GP series. They provide you with a  option to choose between three color schemes that are Super Silver with white stripes, Ivory Pearl having red  stripes, and also the color scheme vivid Bayside Blue that incorporate  white stripes.

There is another particular color scheme in interior as all the 50th anniversary models come with an entire two-tone Twilight Grey interior. The whole GT-R range has gained few slight modifications. These models involves a remake of front fog-lights, blue titanium exhaust tips, and latest wheels that are very much lighter in weight yet for R35 series GT-R. 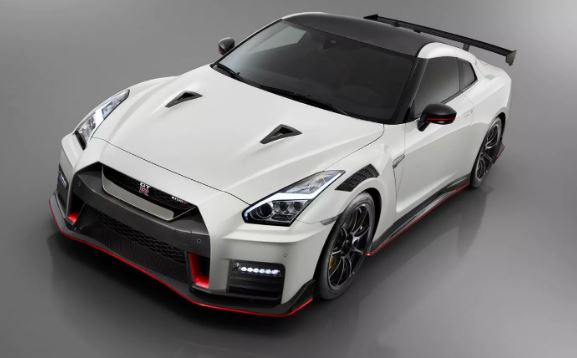 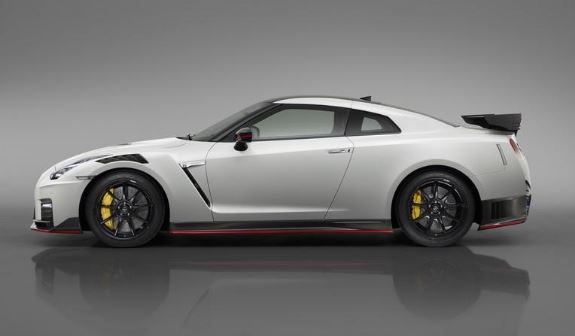 The general Premium Luxury involves a latest grey interior color theme which is named Urban Grey, and it is very much un-alike to the color scheme of 50th anniversary’s interior, while the flagship Track Edition contain latest Recaro seats when u choose the Nismo interior option.

There have been also few slight mechanical adjustments. The turbochargers have been upgraded to improve the response of engine at low RPMs. The aim is to increase the engine performance at low RPM. The previous electronically controlled suspension has also been modified for better cornering and a smoother and comfortable ride as well. Lastly, there is an improvement in steering angle which makes the driving more comfortable and pleasant, and a latest brake booster improving the abilities of brake. Whereas the power and torque figures for the Twin-Turbocharged 3.8-litre V6 are not modified at 419kW and 632Nm, or 441kW and 652Nm for the GT-R Nismo and are the same as before. 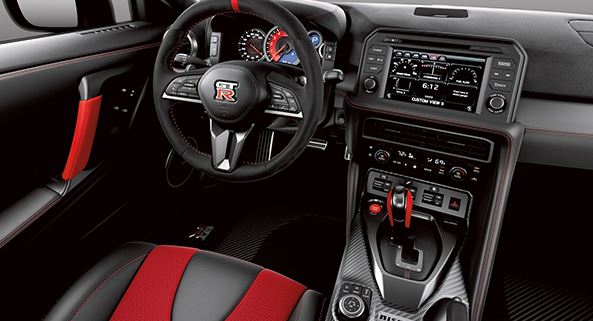 The range remains to start from the premium ($193,800), which includes an 11-speaker Bose premium audio system, an 8.0 inch demonstration system which also gives the facility of satellite navigation, heated front seats, keyless entry and start, a rear-view camera, which also includes front and rear parking sensors which helps to park the car more easily.

The premium luxury ($199,800) contains the interior with many hand-stitched nappa leather treatments along the dashboard, console and the doors.

The track edition ($235,000) includes a latest Nismo-tuned suspension, more wide front fenders, and Dunlop SP Sport Maxx GT600 high performance run-flat tyres. And if u want to get the special black-and-red Nismo interior complete with latest recaro seats then you have to pay extra $12000. However by getting the latest Recaro seats you will lose the feature of heated front seats. Pricing for the flagship GT-R Nismo is not disclosed yet.

There is no facility of Android Auto and Apple CarPlay in GT-R and the demonstration system remains the same you cannot get these facilities by paying extra amount.

The present R35 debuted all the way back in 2007 but now Nissan has officially announced there will be latest-generation of GT-R, however the replacement date has not been given yet, but it is expected to be announced in upcoming days.