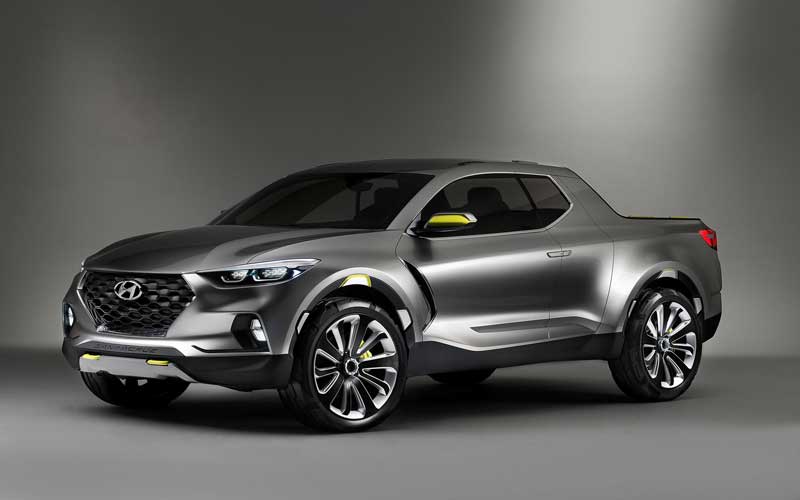 Hyundai is making plans to start with Pickup for increasing sales, there is still no confirm date if when will this truck hit the road but there is a chance that in next several years this will be a new known pickup truck. In 2015 Hyundai was released a Pickup truck named Santa Cuz, this new pick truck will have many similarities with that one.This upcoming truck from Hyundai is some sort of business strategy that is made to earn profits but jumping into Pickup Markets will not be an easy task as there are many known vendors already working with that. Truck buyers are known to be most loyal so changing their minds and taking away sales from already existing vendors like Ford, Chevy and Ram is going to be a bigger task than releasing a vehicle.

In 2017 two most known vendors Nissan and Toyota were able to capture only 7 percent of market even they were working together.

So there will be need for some sort strong strategy by Hyundai for capturing such competitive market.