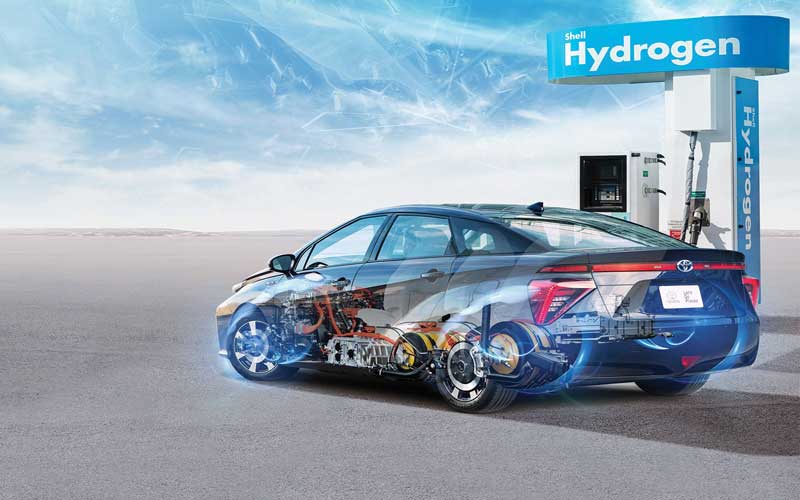 Hydrogen fuel is thought to be a cheapest energy source in coming future because earth’s most part is covered with water. Converting water to hydrogen and oxygen is already been achieved but now the plans are to make it as an alternative source of energy. Hydrogen is most abundant element in universe, it’s not found in gas state but mostly in the combined with other elements  for example oxygen and Hydrogen forms H20 (water) and method used to separate oxygen and hydrogen called electrolysis.  NASA uses Hydrogen fuel cell energy for launching their shuttles into the space here you can understand if how powerful hydrogen energy is. Hydrogen also found in Hydrocarbons like Gasoline that we use daily in our vehicles but that is not pure form, if any vehicle run using pure Hydrogen it will produce zero percent pollution. How Hydrogen Energy work?

What are Hydrogen fuel cells?

Hydrogen fuel cells are made up of carbon fiber tanks in which hydrogen and oxygen compressed on high pressure round about 10000 PSI where when these gases react with one another produces electricity, water and heat.

This technology has also been used in some cars like Toyota Marai, upcoming car of Honda and Hyundai Energy fuel Cell SUV that will launch next year. For now cars having hydrogen fuel cell technology are so much expensive and the main reason behind it is manufacturing cost. For solving this problem two known groups Honda and General Motors Move ahead to produce or Manufacture Hydrogen cells at GM Brownstown Township Michiga facility from year 2020. There is lot of investment being made to start and fulfill this work, for now both companies are investing 42.5 Million dollars. This mass production area will have teams from both sides, GM motor is already working there on battery packs for many plug-in hybrids specifically Chevrolet volt.

Many other famous and known vendors also making contribution for research and development work such as BMW, Mercedes Benz, Ford and Nissan, this will be the first plan on which these many wanders are contributing. Now we have to wait and see if how much time it will take to start mass production and become a well known energy source.