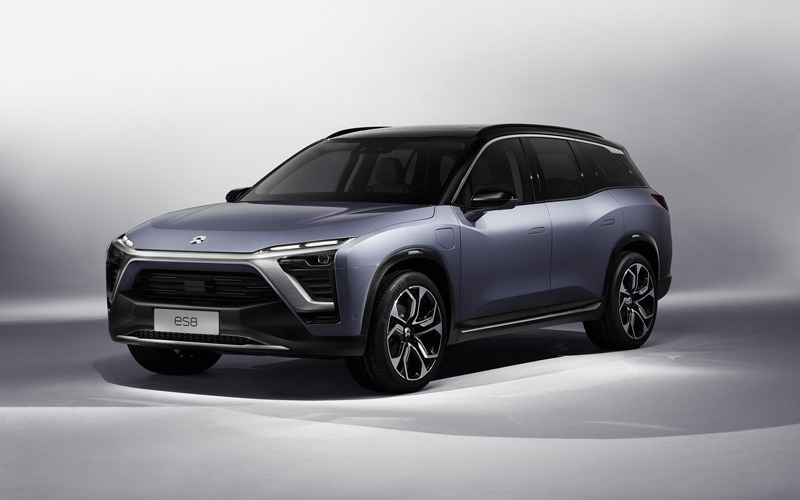 More Chinese Manufacturers are moving into international markets automobiles business with new vehicles, more importantly they are trying to cover Electric EV markets of vehicles. One another many Chinese brands are appearing in headlines and now NIO Launches ES8 an electric SUV which is also its first production car. This electric SUV is going to be a family vehicle with three rows and seven seats; most of its design borrowed by other brands like its mirrors, length & wheelbase is same as Audi Q7 where the tail lights are like BMW i8. Although exterior and interior of vehicle is modern with slim strip headlights on front, elevated center console inside with vertically oriented screen and most importantly heads up display for driver. As it is an electric vehicle so the chances and aim of company is to offer artificial intelligence as well as autonomous level 3 driving which will be done by using Mobileye Q4 system.

You Would Like to Read: EV Concept Enverge Debuted by GAC China group for 2019 in USA

It will have two electric motors that will produce 644 horse power combine to accelerate 0-60 in just 4.4 seconds (according to company), moreover it will cover 220 miles of distance on a single charge. Expectations are that price will start at $-171,000 and there are no chances of its launch in United States. We just have to see if it will become reality or like many of other companies it will disappear from without knowing because no launching date being confirmed by company. Some of its detail Photos: