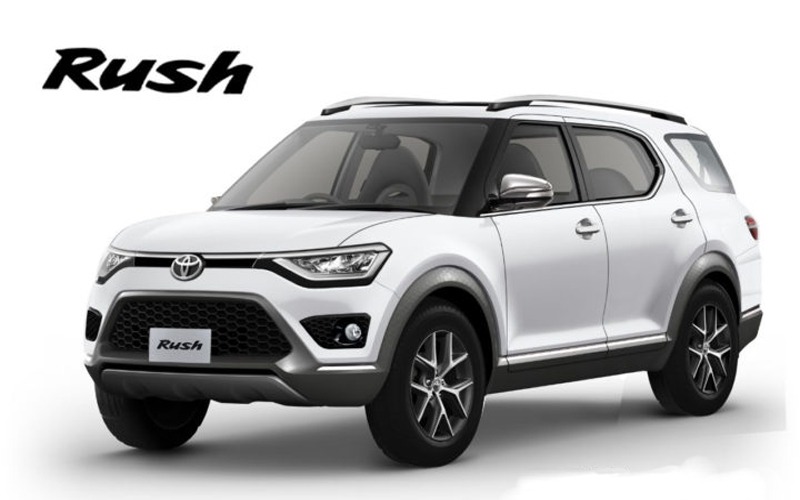 Trend is changing  around the world, people started to prefer SUV’s over sedans because SUV’s provide more space to adjust their families and things comfortably & safely. At auto expo 2018 Toyota present only a single car “yaris premium sedan” while people were expecting more from the company because they need an affordable SUV with more space and sitting capacity. Toyota planning quite for some time to introduce a SUV and now going to implement this plan by introducing Toyota Rush that is no doubt has great value for money. Toyota CHR a new entry is also on list for India which have more futuristic design and features but Rush is favorite here all because of its 7 persons sitting capacity while CHR have sitting capacity for five members only. Indian families prefer vehicle with more seats because of more family members and for traveling with lot of luggage.

Rush is expected to Launch soon with price tag of 10-15 Lakh Indian rupees and this price will also make it a cheap SUV in India. This news is confirmed by Toyota India MD Akito Tachibana who also said that we are reading the Indian market to know if Toyota Rush will be better or Toyota CHR.

Some important Features of Toyota Rush: