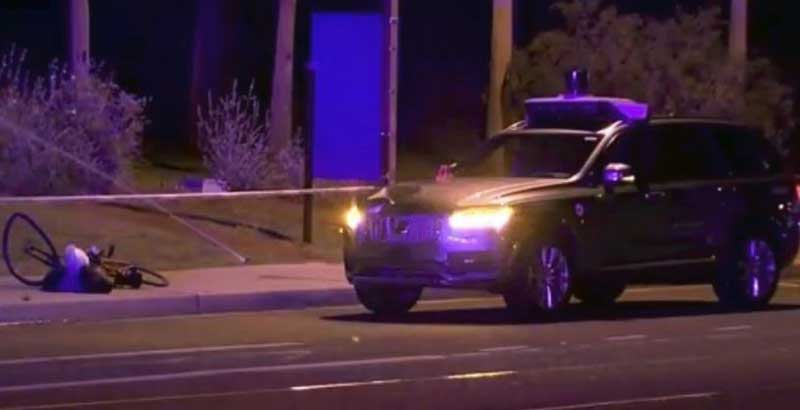 UBER is testing their autonomous cabs since February 2017, until now UBER autonomous vehicles faced two accidents that were not major, one in Arizona and other at pittsburgh but both of these didn’t cause any fatality but the 3rd and new one in 2017 that includes a Autonomous cab killed a 49 year old women while passing the road in Tempe Arizona united states. According to details this vehicle was under supervision of 34 years old Rafael Vaquez who had suspended right after the incident.

UBER’s new CEO Dara Khosrowshahi tweeted and sends his condolences to the family of deceased person. All these incidents related to autopilot and autonomous vehicles  showed that it will be too early to trust these technologies as these will take not less than 3 to 4 years to be fully functional/mature and trust able. However this is the first autonomous vehicle crash that caused fatality, after this incident UBER also suspended its self driving vehicles in Arizona for temporarily.