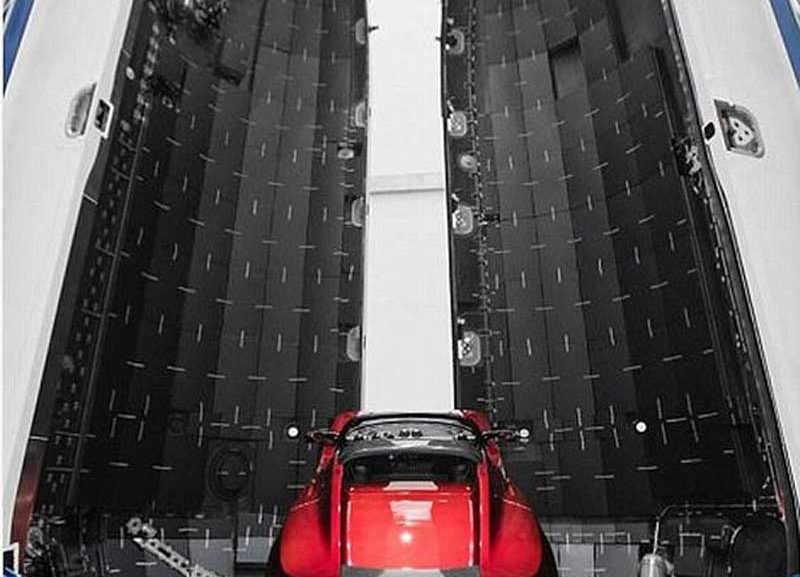 December 31, 2017
Posted by: fairwheels
No Comments

Big companies in the world always think different to make their brand more prominent & overwhelming among others, in the same way Tesla Company has made a different plan to rise above among others & to stick more in the heads of people by sending one of its cars Roadster 1.0 in the space on Mars. Car made for earth will work on Mars or not is another question because here temperature, air & conditions are much different here than mars so if roadster will work on Mars or not will found later, but if you ask me the same question my answer will be yes! Because Tesla Company didn’t work with cars only but also with space rockets so they better know if Roadster will work there or not? This vehicle will make its journey inside Falcon Heavy Rocket that is successor of Falcon 9 & going to be a most powerful rocket ever made. Ordinary rockets usually carry simulator in the form of steel blocks but this time it will be much different. If this vehicle reached Mars & work properly as thought by company than Tesla vehicle will be the first car & brand on the mars & obviously this will be reason to earn more fame & respect among other brands of the world. This is a good step by company that will not just give fame but will add Tesla’s name in history. Let’s see what will be impact on brand & other brands with this type of plan but there are 100 percent chances this will be in favor of company.