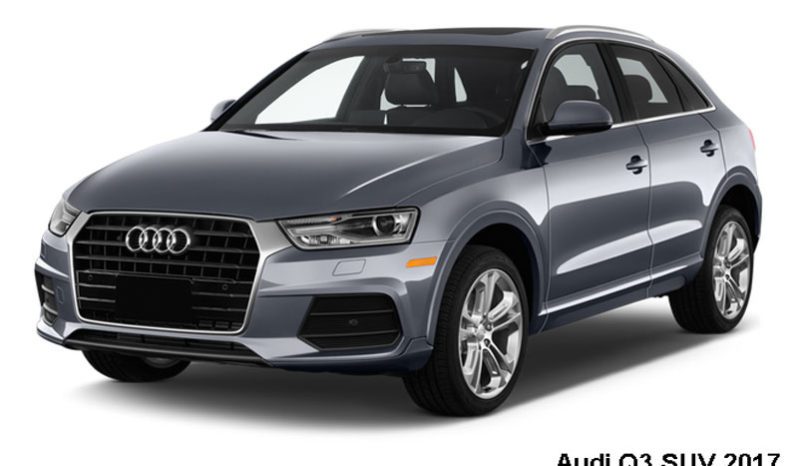 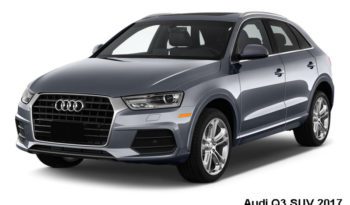 If you are looking for a solid compact luxury crossover than you have to go for Audi Q3, Pakistani community usually gives preference to imported car instead of buying from local producers. One of the reasons that are not negotiable is the difference between the build quality, style and luxury interior that’s not found in Pakistani cars. Pakistani producers still not producing cars of international standard that’s why preference usually given to imported car even if they have to pay 200 percent custom duty on that car. Audi Q3 is a smallest, cheapest subcompact luxury car in other countries but when it imported to Pakistan it not stays same as its price increase 200 percent. Q3 has many qualities that will explain step by step. In America its sales were started in 2015 but before that It was already selling in other countries most importantly Europe. For knowing Audi Q3 2017 require details about its design, specifications of engine and security features present in car.

You will love its sleek exterior styling and luxurious interior, even though many competitors of Audi Q3 not able to beat it in this zone.

In 2017 Audi Q3; no major changes has been made other than addition of this Premium trim level that has 18 inch alloy wheels and heated mirrors with turn indicators on side. Just like its front, rear side of Audi Q3 also gives cool look with its fantastic LED tail lights specifically with its turn indicators.

Opening the trunk give you enough space with luggage cover. On top of car there are present roof rails and panoramic sunroof; panoramic sunroof not covers front seats but rear seats as well.

Stepping inside Q3 for the first time make you notice one thing and that is high quality material, luxurious environment and fairly stylish interior.  Nice touch material used everywhere on doors, dashboard and centre console. This same level of quality also goes to the rear sitting side of car.

Leather Wrapped steering wheel has all the buttons mounted for controlling audio, voice recognition, and small display screen between the traditional looking analogue gauges.  Audi Q3 has Audi MMI interface that is quite impressive but according to my observation Display screen is little smaller. Another smaller issue with infotainment screen is controlled using Knob and buttons that has been placed on dashboard instead on placing on centre console, this makes little tired while using it. Overall build quality is excellent where you found no gaps between panels and even if we compare its interior to competitors like Mercedes Benz GLA and BMW X1 it is still much more luxurious.

This compact SUV crossover is powered using 2.0 Liter turbo engine with 4 inline cylinders that produce 200 Horse power with 280 Nm@1700 Rpm peak torque. This Audi Q3 has top speed of 126 miles per hour where it takes just 7.8 seconds to reach 0-60 miles per hour.

One disappointing thing about Audi Q3 is fuel economy that is much lower than expected; it gives 20 miles per gallon within city and 28 miles per gallon on highway. I am saying this because Audi Q5 with bigger engine gives better fuel economy. Audi Q3 has 6 speed triptroic Automatic transmission where it also have manual option.

Comfortable interior require many things like comfortable seats, environment and spacious interior; if we measure Audi Q3 for these than it has comfortable and supportive front seats with 8 way power and 4 way lumbar support plus heating option.

Rear seats are comfortable as well with center arm rest and 2 cup holders but in case of spacious interior it didn’t give its best. There is much less room for head and legs but if we compare with Mercedes Benz GLA it is still better, if you want more spacious crossover than do check BMW X1. 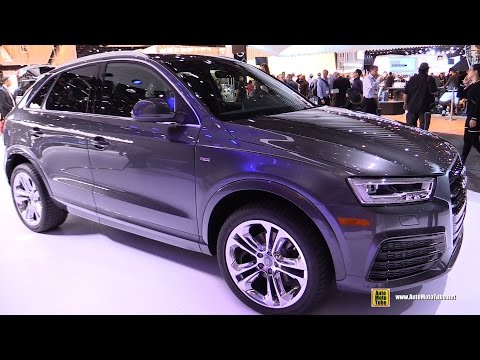