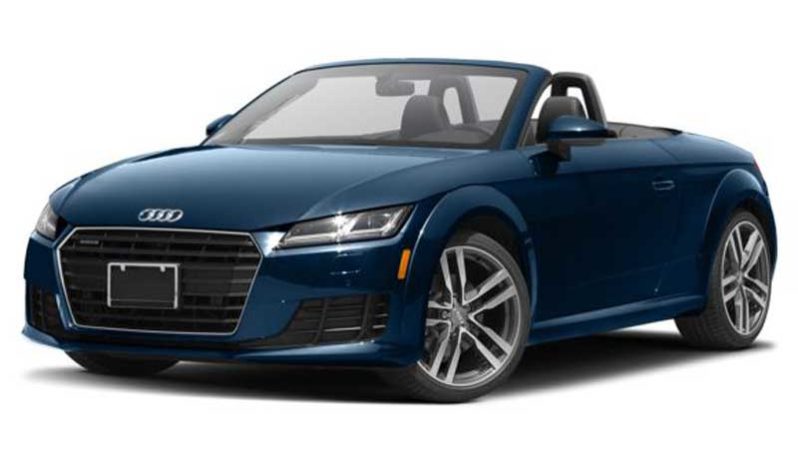 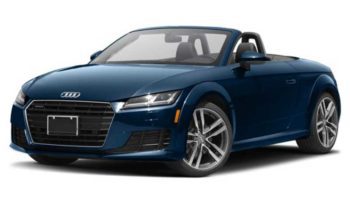 Audi TT 2018 matches the definition of sporty coupe convertible car perfectly. The TT is well known name for the world as a driver’s car with its great driving dynamics on the road. As for the 2018 model the Audi TT receives some changing that might not be obvious at first look but they do exist, the list include new grill, panel styling etc. The Audi TT 2018 may not have wildness in its performance or screaming engine at the back when gliding through the road however what defines the TT is its dashing styling, handling, a list full of features onboard and good ride control. However the base trims offered at lower prices have some amount of room left for improvement at the present.

When it comes to styling of Audi TT it quiet fairly seems to be styled on the pattern of Audi R8. The angular straight lines on the exterior with squared interior can be noticed as the TT has evolved during the years after its launch in 1990s. Therefore to the day the TT feels sporty as well as cultured enough for the roots of Audi TT. Further the creased hood, trapezoidal grill and LED matrix headlight adds one up in the styling along with metal sculpting lines that break between going around the fenders and doors. The round air vents with climate control are fitted in the center where the touch panel would usually go giving it a likewise look of a jet, thus the styling is inspired from racing or aerospace.

The 12.3 inches infotainment system is fitted on the cluster meter position of driver thus making it accessible to driver only with steering mounted controls. This may be a drawback in styling of Audi TT 2018 as many seem to be uncomfortable with inability to access infotainment system.

The Audi TT is quick on the road, but this statement limits to the higher end models of TT sold as Audi TT RS. Therefore the models offered in Audi TT 2018 are largely different from one another when it comes to performance on the road.

The base model TT has got the 2.0l turbocharged engine with 6-speed dual-clutch gearbox. The transmission shifts quickly between gear changes enabling it to do 60mph in just 5.3 seconds. However a manual version could have made for the gap here. AWD is standard for all the TT that combined with haldex system will send more power to the back wheels when pushing the pedal hard on the curves by making the vehicle more responsible toward steering and acceleration. The TT makes 220hp.

Next one on the list is the TTS that has same 2.0l inline-4 turbocharged engine however with more amount of boost added to it. Thus the supreme internals makes it have a 292hp instead of the 200hp in simpler TT. The Audi TTS has Quattro AWD system in it.

The most powerful performance and track oriented version in this model is the Audi TT RS version. With a bigger 2.5l turbo-five engine this top trim delivers 400hp on road with just 3.6 seconds to 60mph. The TT RS is properly a driver’s car with all the aesthetics and ingredients involved in making a coupe convertible ride up to the notch. The Audi TT RS gets the Dynamic Plus package from the manufacturer which replaces magnetic damping with fixed dampers along with Carbon Ceramic front brakes. The fixed dampers provide greater downforce feel whereas the Carbon Ceramic brakes helps in quick stopping. In addition to that Audi offers three additional elements to extend the driving capabilities of Audi TT. The list includes a spoiler generating 110 pounds of downforce while cruising at 155mph thus enabling the car to stick on track when taking quick fast turns. The spoiler opens up at 75mph whereas it retracts below 45mph. Next feature is launch control for best results doing 0-60 in the TT followed by the sound actuator which feeds the sporty engine sound when driving fast through the road.

Although the configurations of Audi are as a sports car and coupe which means the car would have less interior space, however in case of Audi TT it has decent amount of cabin space with good comfort. The Audi TT is priced at $57,244-$66,029.