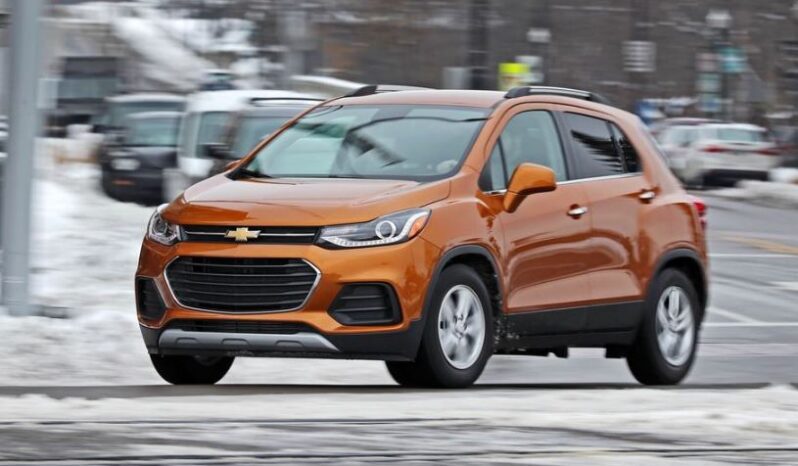 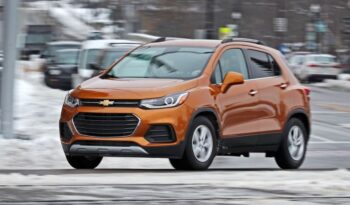 2022 Chevrolet Trax price in the USA:

The Chevrolet Trax is a crossover SUV introduced by Chevrolet in 2013, and it is known as Hilden Trax in Australia and Chevrolet Tracker in South America and Russia. The Chevrolet Trax is manufactured by General Motors in Korea and Mexico for the rest of the world except China, introduced in 2015. Talking about the Chevrolet Trax for the United States market, where it is rated number sixteen among subcompact SUVs there, one of the reasons for its bottom line rating is that it is less comfortable compared to the rivals. The good points of Chevrolet Trax are its intuitive infotainment system and high manoeuvrability. It is easy to manoeuvre, but it is boring to drive, and the interior feels low-rent. It competes with the Mazda CX-30 and Hyundai Kona, both delivering better performance than Chevrolet Trax. Now let us see whether the 2022 Chevrolet Trax has brought some improvements and changes to make it stand out among rivals. It is cheaper than its rivals and also offers an all-wheel-drive configuration. The powertrain is one of the most significant differences between the 2022 Chevrolet Trax and the 2021 Chevrolet Trax, and the latest model generates more power. Torque with the same engine capacity and the premier trim is also discontinued in the 2022 model, just like the 2021 model.

Cloth upholstery, 7-inches touch screen, a 6-speakers audio system, 2-USB ports, Bluetooth, and a rearview camera. The Tine and Cruise package can be purchased for 495 dollars and offers cruise control. The Chevrolet Trax LT offers synthetic leather upholstery, cruise control, heated side mirrors, and remote start. The Premium seat package adds heated front seats, and the LT Convenience package offers a power-adjustable driver’s seat. If you can spend some more money, then Chevrolet LT is better than LS as it will add more features as standard.

The 1.4-litre turbocharged engine generates more power than the previous model, and it feels powerful when driving within the city and is considered better for a city drive than highway travelling. One of the best features in its performance is its handling manoeuvres that let you control the car when turning and curving and parking it in tight parking spaces. The suspension is tuned well, but the ride is firm sometimes, and you feel unsettled when moving through breakers and bumps. The fuel efficiency of Chevrolet Trax is not bad, and the front-wheel-drive configuration gives you 24 miles per gallon in the city and 32 miles per gallon on the highways. The all-wheel-drive configuration gives you 23 miles per gallon in the city and 30 miles per gallon on the roads. The steering response is quick and makes agile in narrow streets of the city and parking lots. The braking system is efficient in Chevrolet Trax, with the most robust brake pedals among all competitors, giving a firm and confidence-inspiring feel. The six-speed automatic transmission works well and shifts smoothly, and regardless of the rough powertrain, it keeps the drive smooth. The engine produces much noise that makes the ride uncomfortable for passengers. The front-wheel-drive is standard, but the all-wheel-drive is also optional, and power is delivered to all four wheels equally so you can move through snowy roads or slippery surfaces. It comes with a TEEN DRIVER feature that has a variety of customizable settings to encourage improved driving behaviours. It can automatically turn on the safety system when required; for example, the Bucke-to-drive will be activated and prevents the driver from shifting from the park when the driver has not fastened the seat belt. The adaptive cruise control will automatically maintain a safe distance from the detected vehicle and the ONSTAR Safety and security system to increase your driving confidence.

The 2022 Chevrolet Trax’s first glance makes you think it is perfect for city drive in narrow streets. It has a curvy silhouette, and the roof-mounted side rails maximize the cargo area. The front has a wide grille and sleek LED headlamps that look stunning, and the rear has sculpted tail lamps that are equally attractive—a one-touch power sunroof to maximize your view when travelling, adding fresh air to the cabin. The entry-level trims come with 16-inches aluminium wheels, and the higher-end variants offer an 18-inches wheel that adds aesthetic appeal to the car.

The inside of Chevrolet Trax is simple, and it does not offer luxury materials. The quality of materials used is standard; even rigid plastic trims are used in the cabin that looks cheap. The space in the cabin is ample and comes with enough headroom and legroom on the front, while the rear has a comparatively narrow seat. It can accommodate five adults, but three adults in the back might feel tight. The rear outboard seat has two LATCH connectors that increase safety levels. The cargo space in Chevrolet Trax is tremendous and gives you 18.7 cubic feet of space, while the rear seats can be folded down to increase the cargo space to 48.4 cubic feet. One of the good features of Chevrolet Trax is its infotainment system, and it is user-friendly. There is a 7-inch touch screen mounted on the dashboard to provide you with infotainment and offers Bluetooth connectivity, Android Auto, and Apple Carplay interface. Some of the additional features Chevrolet Trax delivers are; Keyless entry, remote start, cruise control, a 6-speakers audio system, and a Wi-Fi hotspot.

The 2022 Chevrolet Trax has been given 5-stars out of 5 by NHTSA in all crash tests, but the IIHS has not tested the Chevrolet Trax model yet for safety ratings. It offers you an OnStar and Advisor security system that helps you 24/7, whether in a crash or any other emergency. It has a safety alert driver’s seat that uses vibrations to help you identify the direction of a collision so you can take action abruptly. The forward collision warning alarm activates a potential front-end collision is detected, and emergency braking provides safety in such a situation. Some of the latest safety features provided in Chevrolet Trax are: