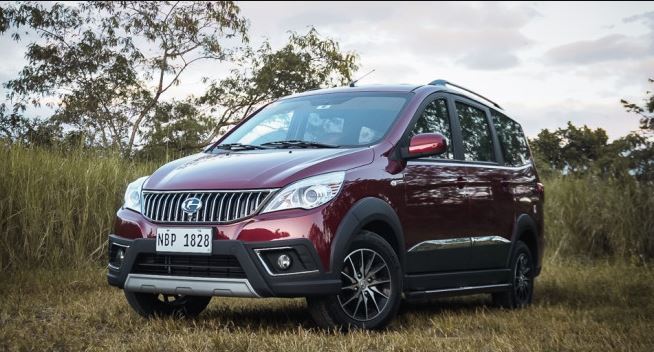 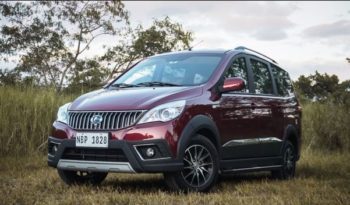 BAIC introduced their M series MPV M50S specifically for Asian markets like the Philippines after M20 MPV hit in the Philippines. It is built in the Changhe assembly plant manufacturing a sportier MPV that fortifies Bayan Automotive Industries Corporation’s Philippines fleet suiting the needs of Filipino customers ferrying passengers around city traffics and tight spaces. M50 is different from M20 in terms of its dimensions having a larger size than the M20 and having a different grille layout, wheel, and bumper design and the sportier version of the M20. If you are looking for a car for a big family to accommodate five to seven persons and looking for some luxuries in the cabin too then BAIC’s M50 will fit your requirements and also suit your budget.

The design of BAIC M50 is not very attractive as its competitors but the best part is that it didn’t copy any of its rivals and kept the looks unique and boxy which might be tacky for some customers’ but despite its odd design it’s much spacious and better than its competitors giving higher headroom to the passengers. The latest version of BAIC M50 is available in three trim levels that include BAIC M50 Luxury seven-seater, BAIC M50 Luxury eight-seater, and BAIC M50 Ultra Luxury seven-seater trim.

BAIC M50 S MPV is charged by a 1.5 liters inline four-cylinder DOHC sixteen valve engine producing maximum power of 114 PS at 6000 rpm and torque of 150 Nm at 4300 to 4500 rpm. Its best performance can be attained when driving on lower gears because maximum usable torque is achieved around 4000 rpm and the cabin remains quiet especially for the front passengers not letting the engine noise ruin your journey.

The turning abilities of this MPV are impressive, especially because of its rear-wheel driving feature that makes turning comfortable and enjoyable. The light and precise steering response make the body roll well and let you enjoy the spirited drive while the brake pedal response is not very accurate making the braking system a bit dull and slow.  The fuel economy of M50 S is not impressive but just average giving you an estimated combined mileage of 8 kilometers per liter on city and highways. It offers you a five-speed manual transmission only and lacks the automatic transmission being offered by other competitors but if we look at the economical price of this MPV then we might not be complaining about its absent continuously varying transmission.

The design of BAIC’s M50 S is kept boxy which might not be very attractive for all customers and the black-colored plastic rockers look tacky which is not tempting but it fits well on the dirt roads of the country. M50 S has a low stance and taller height giving you more space in the cabin the latest up-gradation given to its design is in the front grille which has vertical slats on it and the bumper is given a more stylish looks while the fifteen inches aluminum alloy wheels are also distinct in its looks and the projector headlamps are provided with driving lamps on both sides of valence panel. It is available in five different exterior colors that include red, brown, blue, white, and silver.

The interior cabin of BAIC M50 S is very spectacular and eye-catching for customers having fiber leatherette covered brown colored seats that have an Anti-Bacterial action for filtering odor inside the cabin. It has three rows of seats in which the second row has comfortable Captain Chairs for accommodating three adults and the third-row seat can accommodate two adults comfortably while the third-row seat can be folded to become a cargo area.


A 9 inches touch screen display fixed on the dashboard provides you with infotainment and comes with Bluetooth connectivity and a USB port. Dual-zone air conditioning system makes the temperature comfortable enough even on sunny middays and


SAFETY FEATURES of B50 are well enough to ensure you a safe drive. It is equipped with airbags for drivers, child locks, an anti-lock braking system, brake assistance, electronic brake force distribution, rear cameras, crash sensors, and a seat belt warning alarm.