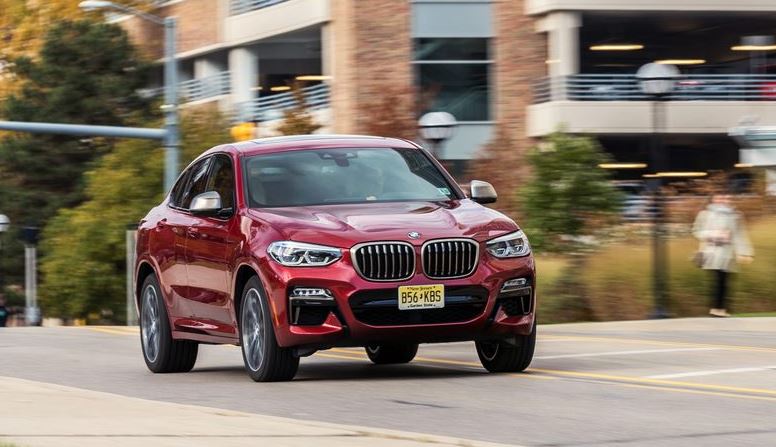 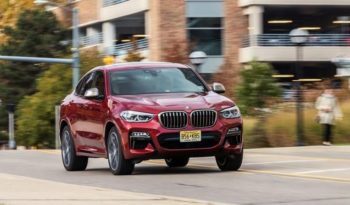 BMW X4 is the modified version of the old BMW X3 and it was a good luxury compact SUV that offers refinement and wonderful driving performance and adds up more improvement and luxurious features in its all-new model for 2020. 2020 BMW X4 priorities luxury and gives you good fuel economy making it your budget-friendly SUV. Major changes were introduced in the 2019 model of BMW X4 and thus this year does not bring drastic changes in this SUV but however one of the enlightened changes is the newly introduced M40i 6 turbocharged trim and base trims are equipped with BMW Comfort Access System as standard that assists you in accessing your vehicle without removing the key.

2020 BMW X4 is now available in two trim levels that are xDrive30i and M40i which are different in their powertrains and respective features. Standard features offered in both trims include nineteen inches alloy wheels, 10.3 inches touch screen infotainment system, a navigation system, and an automatic emergency braking system. You can also purchase various packages to upgrade and personalize your vehicle according to your requirements like driving assistance plus package adding adaptive cruise control, blind-spot detection and lane-keeping assistance, executive package, premium parking package, and premium package providing you with heated front seats and head-up display along with leather upholstery. Thus if you are looking for a small luxury crossover then BMW X4 might be fairly attractive to you in the showroom.

BMW X4 has an attractive layout with a more tapered roofline as compared to BMW X3 sloping smoothly into the rear liftgate. The front end is more attractive with an imposed crease hood and widened air intakes while its traditional two kidney grilles give the front end an equally attractive appearance while the rear end is changed from X3 and its roof flows into the small decklid lip. Nineteen inches bold and beautiful wheels with sporty arches give it a real athletic profile making it eye-catching among other small crossovers.

The Interior looks of BMW X4 is real classy with all the high-quality materials used to give the cabin an upmarket feel and its leather-covered seats and steering wheels give deluxe looks and accommodation to five adults comfortably with ten-way power-adjustable features in the front seats while the M40i trim comes with fourteen-way power adjustment.

There is a 12.3 inches digital instrumental cluster to give assistance to drivers while infotainment is given by a 10.3 inches LED touchscreen display compatible with Apple Car Play. It facilitates you with 2 USB ports, a power liftgate, heated front seats, and head-up display, keyless ignition, and wireless charging facility for smartphones, Harmon Kardon audio system, and ambient lights for the cabin.