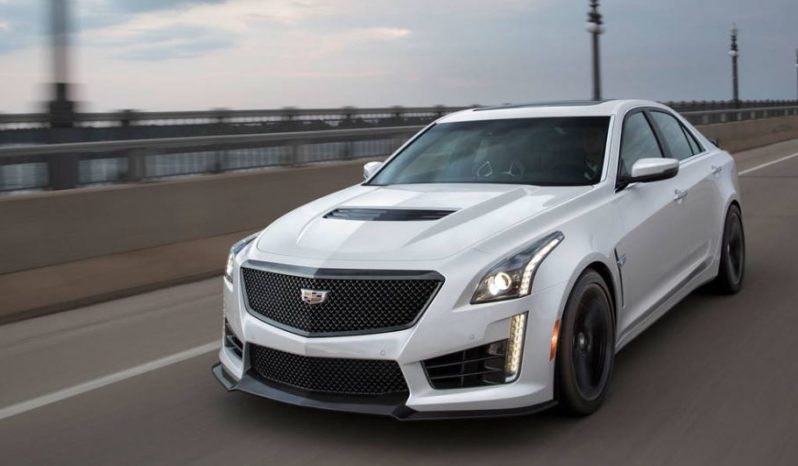 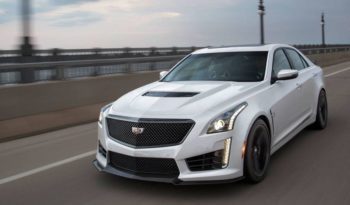 One of Most Powerful Sedans Built

Yes you read it right! Cadillac CTS-V 2019 is one of the most insane sedans in the market. Cadillac CTS-V debuted back in 2016 when it came with a 6.2L Supercharged V8 engine with an astonishing 640hp churning from the wheels with torque of 630 pound-ft. Remind you that it’s a daily driven 4-door sedan for your grocery pickups and going to work, this machine is extremely powerful and capable of running out the sports car. The Cadillac share its engine from Chevrolet Z06. The Cadillac CTS-V 2019 is remarkably fast as it does from 0-60mph in just 3.8 seconds. Cadillac CTS-V 2019 is the best model among lineup of CTS from 1st and 2nd generation. So despite of CTS being in production, the CTS-V doesn’t fails to impress the car enthusiasts. Unfortunately Cadillac has plans to shut down the production of CTS and ATS lineup soon enough to replace them with, you guessed it right there SUV models. There’s not much of sedan market left with the crossovers taking over the sales. Let’s take a tour around the CTS-V.

Cadillac CTS-V 2019 is a pure performance sedan so let’s talk about the driving modes it comes in.  The Cadillac CTS-V 2019 has four drive modes namely Tour, Sports, Track and Snow/Ice modes. However there is one secret drive mode in the car. In order to enable that you have to put the CTS-V 2019 into track mode and press the ‘traction control’ button twice very quickly. A little diagram will be popped up in the gauge cluster. Now you can select from Performance Traction which you can choose from wet, dry, sports 1 and sports 2. It tightens up the steering, changes accelerator and increases the throttle response. However it significantly changes the exhaust sound into brutal when in track mode. 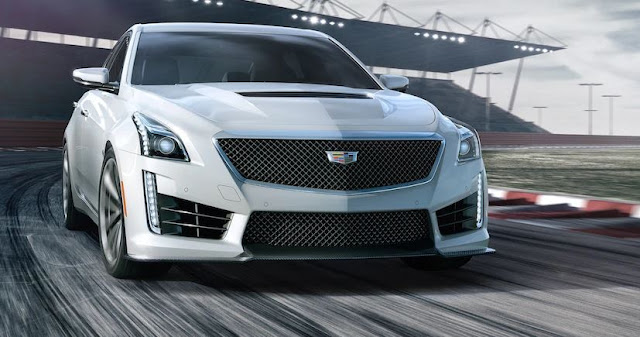 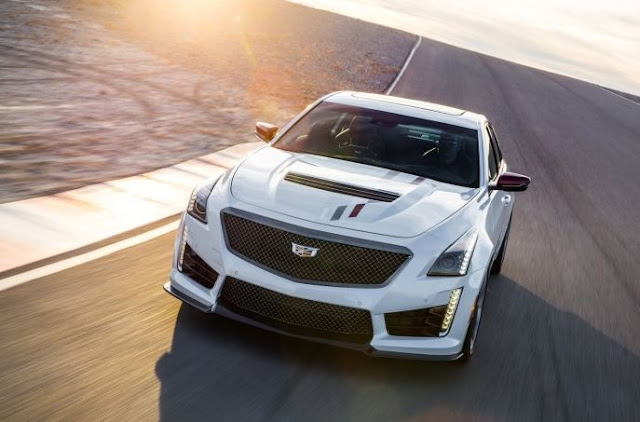 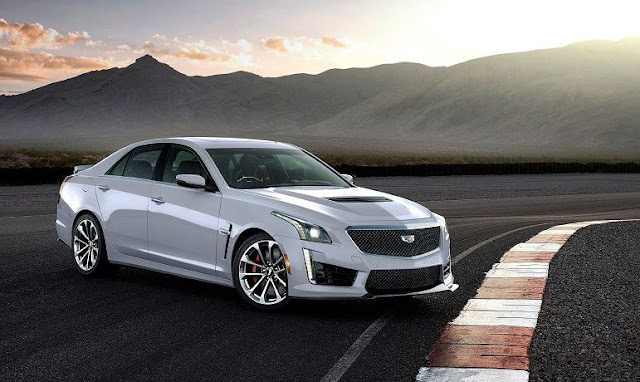 The cup-holders are pretty common in every car, but Cadillac takes it to next level. The cup holders are covered by an automatic lid which pops open and close when you tap on it. Hence one does not has to slide the lid up and off which is annoying during the drive. Elegant and thoughtful describes this. In addition to cool cup holder lid there is a hidden compartment behind the central control buttons panel. If you pop the bottom of central control, it lifts up opening into a cavity which contains your wireless charging pad. So you can put your phone inside let it charge clos the central control and skip through the songs. The next on list of unconventional is rear-view mirror in Cadillac CTS-V 2019. Apparently the rear-view mirror has cameras installed to it so it works just like the reverse camera thus allowing you to switch between traditional and digital mirror. Talking about infotainment system which was not liked by many car reviewers and journalist, this year the Cadillac has upgraded its Q-infotainment system which responses better to touch, navigates efficiently on your finger tips and one other cool feature added is that as soon as you enter a school range it will notify you with a smooth ding and message displayed on screen. Again thoughtful feature by Cadillac. The Cadillac CTS-V 2019 has safety alert seats which will vibrate if you drift off the lane on the highway or road while driving straight. 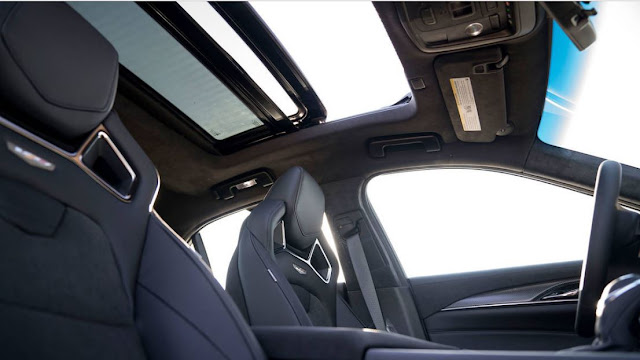 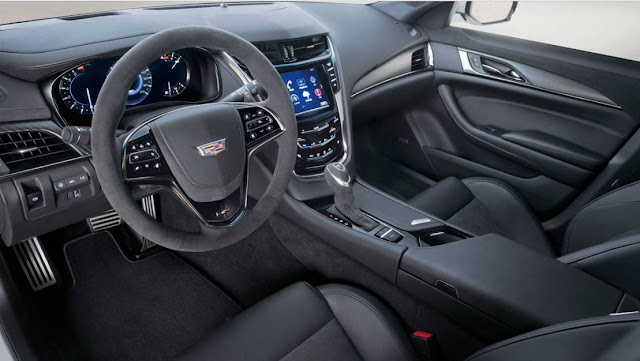 Coming to the actual thing what it’s built for, the performance under the hood. Since the Cadillac CTS-V 2019 is ultimately a track oriented sedan the hood is built with carbon fiber with a ‘V’ sign engrafted in it to prove to exhibit the track version of CTS.

As soon as you step on the road, the Cadillac CTS-V 2019 is a mixture of a fast sports car combined with perks of luxury sedan. It got everything from tech to cosmetics and comfort you get in a sedan along with the sportiness and brutality once desires from the track oriented sports car. In other word the Cadillac CTS-V 2019 is master in both. As soon as you step the foot on gas paddle, the mighty 6.2L V8 pushes the car forward with great power and speed due to 650hp coming from the rear-wheels.

Cadillac CTS-V is competitor to BMW M5 and Mercedes AMG G63, while those two Germans are good in their own way the CTS-V however Is far more superior in drive. performance and style. The Cadillac CTS-V 2019 is priced at $105,000 at highest with all accessories.