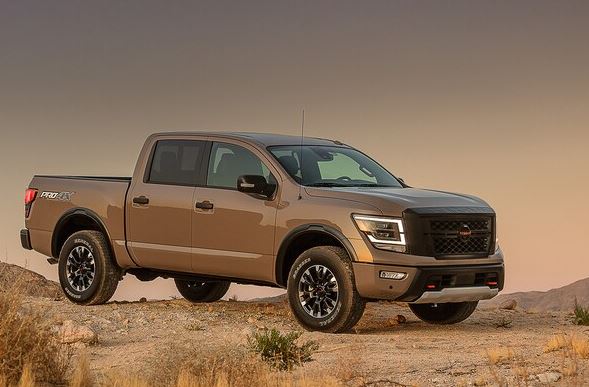 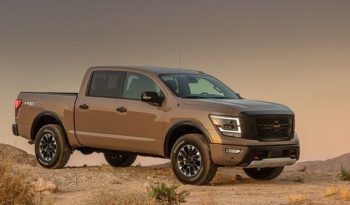 2022 Nissan Titan
A new hot truck on the market

Variations in automotive trends can bring a healthy aspect in a way that manufacturers update their vehicles to stay in the market, competition in the market forces big automotive manufacturers to update their vehicles with better features, giving facelifts and selling them at competitive pricing every year. Let’s put it in context Pickup Trucks and SUVs in past used to carry identical designs and styling for many consecutive years and even decades and the customer were never bothered with that because people buy these big rigs for the work and utility instead of looks. However ever since the market changed in favor of SUVs and Pickup trucks in recent years, auto manufacturers are forced to introduce and facelift newer designs and technology in trucks as quickly as they update the sedans. Henceforth the competition ultimately favors the buyer in terms of less money more features and updated looks.

Nissan Titan pickup truck 2nd gen was launched just almost in 2016. In 2020 the Nissan has decided to give Titan a facelift, just 3 years after its launch.

The new Nissan Titan pickup truck carries the same exterior but added with some little tweaks making it look cooler and adding some goodies overall.

Nissan Titan comes with the heavy 5.6-liter V8 petrol engine; however, for the facelift model, Nissan has added some more juice to the engine making it faster. The previous 2019 year Nissan Titan made about 390 HP and 394 lb-ft of torque. The newer refreshed Nissan Titan makes 400 ponies off-the-block and a torque of 413 lb-ft. That is 10 hp and 19 lb-ft of torque for the newer year spec.

Yes, there aren’t any major changes to the exterior however it is the minor details and upgrades that make the Nissan Titan look dashing on the road. The front bumper for the Titan looks a bit bigger than the old one in addition to the slightly upgraded headlamps. The headlamps in shape are the same however come with C-shaped DRLs that increase the overall looks of the front end. The headlamps are sleeker too.

The most noticeable update in the Nissan Titan is the upgraded front Grille. Like every other big truck GMC or Ford, Nissan has also fitted the Titan with Bigger Grille which seems to be getting bigger every year. The front grille has thicker bold borders along with more visible horizontal slots. Personally, the newer bigger Grille looks better to my eyes as compared to the previous-gen which had the honeycomb effect to it.

What’s changed on the inside?

While the exterior might have gotten a few updates, the interior is where the Nissan Titan received plenty of upgrades in the facelift model.

The off-Road Gauge in the new model has been upgraded which displays vehicle angle, roll angles, and vertical pitch. The newer model uses an accelerometer and G-force to analyze and display data instead of the gyroscope technology in the previous year’s Titan. Nissan claims that the newer off-road gauge is accurate at higher speeds.

Leather steering wheels with mounted controls are another addition to the Nissan Titan. The left side buttons on steering wheels are for audio commands and media whereas the right side is responsible for cruise control. The instrument cluster is crispier and bright even during the daytime, thanks to the above cowling. The most prominent part is the super-long stick on the right side of the steering wheel for towing configurations and settings. A shorter better placed control for towing would have worked for the upcoming years hence regardless to say it’ll need re-positioning in the future in order to not get sore thumbs while adjusting the lever.

Nissan Titan starts at a base price less compared to rivals,  and in the price range, the Titan is indeed a good competitor for the rivals.