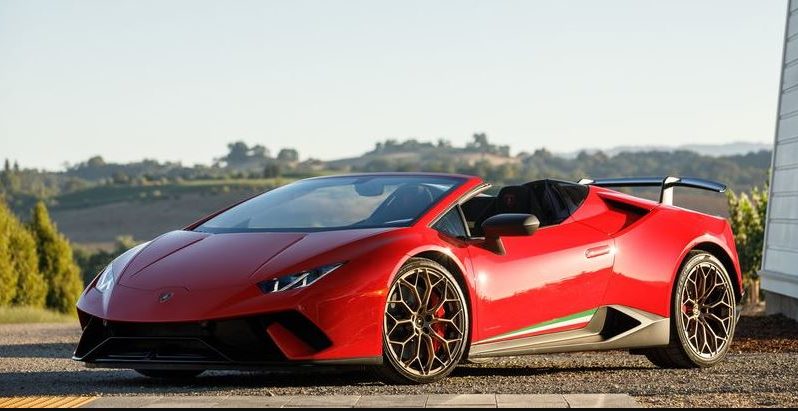 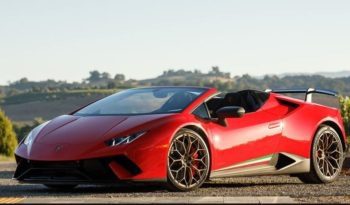 Lamborghini has always been a state of luxury and classiness. Huracan LP was introduced by Lamborghini as a successor of Gallardo and right after its entry it was medaled as the entry level sports car one could ever get. Lamborghini introduced its Huracan Coupe in 2014 worldwide after it’s assembling done in Italy and Germany. The 2019 Lamborghini Huracan got a slightly new facelift with many updates in its technology. The fantastic looking Lamborghini Huracan 2019 has astonishing performance and it is the most affordable model of Lamborghini. It is a two door and 2 seater coupe that is produced in collaboration with the parent company’s Audi R8. The out class sports car is exhilarates to drive but cost expenses are very high to run it and obviously it is purchased by those customers who can afford their running and expenses.

The car is manufactured in collaboration with Audi R8 and definitely it maintained the reliability and performance of the car on similarly like the parent company. The carbon ceramic brakes are super reliable to give a prodigious stopping ability while the four wheel drive option will let the driver drive comfortably as the tires will provide an extra grip to the roads. There is a system installed in the car called ANIMA which means Adaptive Network Intelligent Management, which offers three driving mode options to be selected easily by pressing the mode button on steering wheel.

Lamborghini Huracan Coupe 2019 is a desire for everyone which is definitely a super royal car that has proved out class performance pedigree. It uses reactive algorithms to get orders to change the response of the car softly or sharply accordingly as required by the help of feed- forward logic system that judges the intensions of the driver. It accomplish itself in all three major features of a sports car including acceleration, braking and turning qualities.

Star of the show is the powerful engine of Lamborghini Huracan which is naturally aspirated with 5.2 liters and V10 displacement and generating a horsepower of 630bhp. It is a non turbo engine which means exhaust of the car doesn’t go to the turbo which in result creates a linear acceleration with exciting engine sound. It offers three driving modes including Strada, Sport and Corsa, latter two are the racing modes with increased acceleration and it must be mentioned that whenever you are driving on four wheel drive option then the engine power is transferred between the  front and rear wheels. It is a super car which can accelerate from zero to sixty two miles in only 2.9 seconds that makes it a rocket car while the braking system is so efficient that it can be braked from hundred to zero miles in only 31.9 meters.

The aerodynamic design of the car makes it more speedy and stable. handling of the car is so firm that it remains stable even on turning corner at high speeds and it is made possible because of the very light weighted carbon resin material used in the manufacturing of the car. The fuel tank capacity of Huracan is eighty liters that can cover four hundred miles within it. When driving on rear wheel drive option, it readily gives a mileage of 23.7 miles per gallon. However despite all the amazing performances, the CO2 exhaust from the Huracan are very high but this is the same as other super car territories so it will not be right to blame only Huracan in this regard.

Facelift and interior of Huracan Coupe 2019

The updated 2019 model has more aggressive outlooks with the newly styled front bumper that has integrated aero blades. The downforce is improved five times by introducing a new ducktail spoiler as compared to previous model. It was featured in Xbox One and Xbox 360 as a box art cover and it appeared in FORZA HORIZON 2.

2019 model maintained the classic looks of the car with aggressive restyled headlights that are now featured with day time running lights and the redesigned lower side air intake while the back side of the Coupe is completely restyled with mesmerizing LED tail lights and a newly modelled diffuser while the exhaust at the back is repositioned slightly above. The side scoops get glossy black accents and a large sized horizontal fin. It is a two seater vehicle with very exciting features introduced in it for example the engine start button is placed under the red flap very hidey so you have you find the start button if you are the new driver of Huracan. Reverse gear will be applied by pulling the desired lever backwards and the windscreen wipers along with indicators are handled by the buttons on the steering wheel.

There are toggle switches on steering wheel that control the headlights and tail lights too while the power windows are pushed upwards and downwards by another toggle switch. The 8.3 inches touch screen display mounted on the central console operates the infotainment system along with LDVI system. The dashboard of Huracan is so attractive with digital hexagonal appearance. The interior cabin of the sports car is all hexagonal in shape. Everything inside the cabin has six sides giving a geometrical shape including handles of door, air vents, and controls of wing mirror, exterior grille design, air bag cover and reverse camera. The touch system of the screen is very smooth and up to mark while the quality of material used in the Lamborghini’s cabin can never be disappointing. The boot space of the Huracan is located on front besides the mid-sized engine. Al though boot space is not satisfying if you want to carry some well amount of luggage but it is well enough for carrying your personal bags and some small amount of grocery. 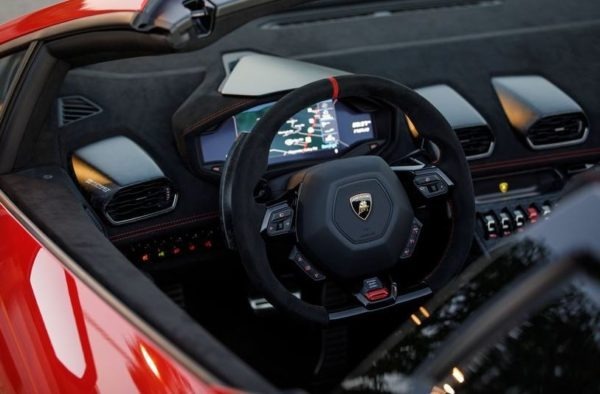 Ferrari 488, Mercedes Benz AMG GT R, Aston Marin Vantage, Honda NSX and McLaren 570S are considered to be the major rivals of Lamborghini Huracan Coupe 2019. Each of the rivals are best in their class with best features and attractive looks.

This super royal car is available at a starting price of 155,400 Pounds or 207,369 US dollars which is equal to the cost of a house. Thus it the car which is parked in the garage of richest people and posted on the wall of dreamers like you and me. The running expenses of this super car are also very high but definitely the people who buy it will run it affordably. Lamborghini Huracan Coupe is still the most affordable cars of Lamborghini and that is the reason it is highly love able and demanding among its customers.