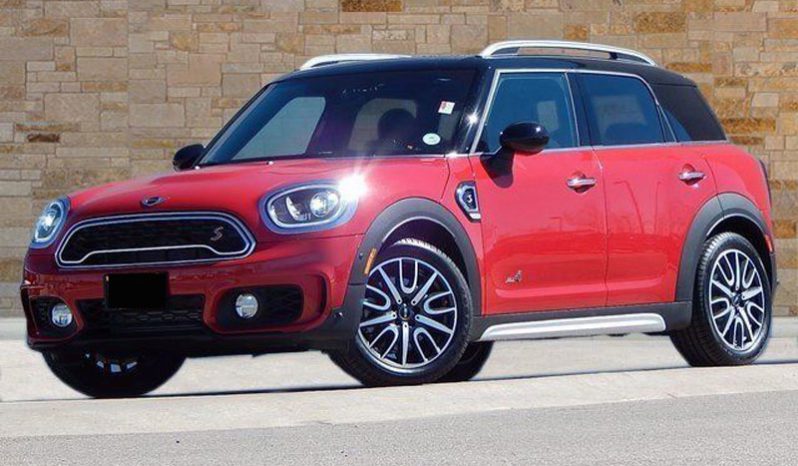 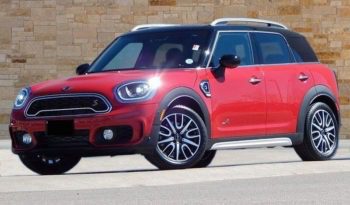 It takes many steps for moving toward perfection, Mini Company understand why you select a Mini and how can Mini become a more suitable and affordable drive. How will Mini compensate if you need to travel with your expanded family, yes for covering this issue Mini made some great changes to Countryman Cooper S. This Mini also called Elephant because it is 200 cm bigger than its predecessor, it become more matured because it is wider, taller and have many other delight full changes that make it a best suitable car to be your next family ride.

It is more Mature and Grown up countryman that reflect by best changes made into its design and quality.

This look little different from lot of other MINI’S, some prominent changes has been made to make it look different from predecessor, these changes are not on exterior but on interior as well. There is a prominent change can be seen on its front; previous countryman was having net grill using quadrilateral shapes but 2017 given pentagon diamond look. Headlights size has been reduced little, fog lights from corners move little inside and most importantly it has given sporty look by using bonnet stripes and sporty bumpers.

Side of car has no major changes other than increase in length, more it has 18 inch aluminum alloy wheels, heated mirrors and chrome door handlers.

Rear side of Mini countryman S also look new with addition of sport bumper, chromed tail lights and most importantly chrome tail gate handler make it look much different from previous one. Opening tail gate didn’t give wider view but from inside it also has more boot space which is 450 Liters; this boot space can be increased to 1350 Liters by folding rear seats.

All three rear seats can be folded individually that make it more versatile, another nice feature added on rear side is picnic bench, it is a cushion type arrange that fold out of boot and allow you to sit on its edges under the tail gate. To make it consistent with previous version there is added stepped roof design where roof rails come standard in all versions.

Like its exterior interior of Mini Countryman Also look fabulous this can be called more premium and furnished product. As it can be seen in image its interior look more polished and of high quality because of soft touch material around door linings, dashboard and leather seats.

Some most prominent change that any MINI user can found with one look is change of design, in previous MINI Countryman everything use to look round and round but here in new version there has been made vertical changes within air vents on the side of infotainment system, nice wood like material used under dashboard and most importantly looks more spacious than older one.

This Mini Countryman S 2017 has been loaded with 2.0 L DOHC Turbo engine with 4 inline cylinder that can produce 280 Nm@1350 Rpm peak torque with 189 Horse power. There are three different mode available for driving sport mode, normal mode and Green/Economy mode. Normal fuel economy of car is 23/32 Miles per gallon on city/Highway but according to Mini you can reach up to 41 MPG combine by using its Green/Economy mode.

Top speed of car is 120 Miles per hour where it takes only 9.1 seconds to reach 0-60 miles per hour, with All Wheel drive it also showed 0-60 MPH in just 7.5 seconds. This 2017 MINI COUNTRYMAN has been loaded with 8 speed steptronic automatic transmission that is quicker than previous and little more smoother too.

Nice update has been made to its comfort zone, front seats are heated and more supportive with nice body hugging bolsters on sides and more front seats also have six way adjustments options. Rear seats of car are comfortable too, as we have noticed in many MINI’s there is usually found less head and leg room but this particular MINI has enough head and leg room, only the middle member have to content with rear transmission hump and air vents. Other features related to comfort have been added below in full features list.