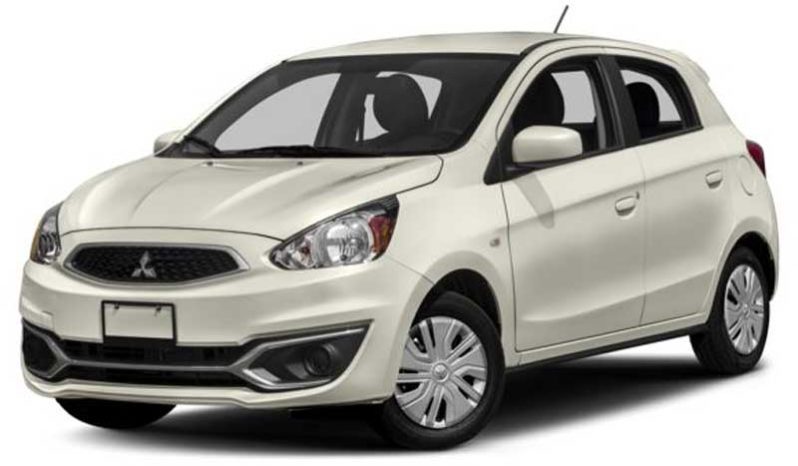 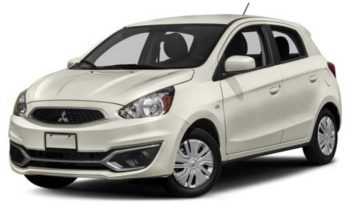 Mitsubishi Mirage was introduced by Mitsubishi in 1978 to 2003 but unfortunately the range of cars were discontinued in 2003 but in 2012 Mirage was again launched in automobile market and available as four door sedan and five door hatchback with front engine and front wheel drive only. The 2019 Mitsubishi Mirage has been rated 6 stars out of ten by reviewers and one of the best reason to buy is it its affordability while apart from it, it gives a good fuel economy with a long warranty coverage. It is available in five trim levels including ES, RF, LE, GT and SE. ES is the base trim level of Mirage that offers standard features to the customers including fourteen inches wheel, automatic headlights, adaptive cruise control, and seven inches touch screen, four speakers with Bluetooth connection and USB port.

The RF is a little expensive trim than the ES and it offers six speakers instead of four while same features as ES. The LE trim differs with its fifteen inches alloy wheels along with 6.5 inches screen display with Apple Car play and Android Auto integration, heated front seats with arm rest and leather upholstery. SE is an expensive trim as compared to others and apart from all other standard features it offers fourteen inches wheels, fog lights, keyless entry, and automatic climate control system and heated front seats. GT is the highest level trim and it offers fifteen inches alloy wheels, xenon headlights and heated seats on front, six speakers Rockford Fosgate audio system and parking sensors on front and back.

Engine and performance of Mitsubishi Mirage:

All trims are powered by same 1.2 liters MIVEC DOHC twelve valve inline three cylinder engine with 1193cc displacement and generating 78hp at 6000rpm horsepower while 74lb-ft at 4000rpm torque with an ECI-MULTI fuel system. The acceleration of the car is glacial on highways and overall it is woefully unsatisfying by hitting sixty miles per hour in 12.7 seconds.  It provides a mileage of twenty kilometers per liter in city and twenty three kilometers per liter on highways. It provides a five speed manual transmission along with continuously varying transmission too.

The braking system is quite good though with braking force being easy to modulate and an adequate feedback from pedal. The steering control is not very promising and it loses its ability to self-center between eleven and one O clock and makes the turning around very difficult and tight. The handling of the body is quick and the tires have good grip to hang on to definite momentum and provides a satisfactory stability control. Overall driving experience is good but sometimes it becomes tough especially when going up to hills or moving down the hills because in such cases it loses momentum due to CVT calibration.

Mirage 2019 is 149.4 inches in length, 65.6 inches in width, 59.4 inches in height and 6.3 inches of ground clearance. The 2019 model is different from 2018 model because of its advance body construction that uses crumple zone to obtain and route energy during high impacts. The front has prominent oval shaped halogen headlights with front bumper a little bulging outward while the rear also has halogen oval shaped tail lights.SE trim differs from other because it offers many features not provided in other trims including rear spoiler, lower side air dam, power control side mirrors, variable intermittent front windshield wipers along with rear window wipers and defroster, fourteen inches alloy wheels short pole antenna and door sash black out. It does not get a major facelift comparing from previous models but it is equipped with many new features that makes it comparatively safer car as compared to the previous models.


The interior of the car is simple and solid with easy reach controls inside the cabin and getting in and out of the car is made easy with easy access to front seats specially while the rear seats are comparable tight and difficult to access. While talking about the space inside the cabin, the cabin has fair amount of roominess but the back seats are not much comfortable with tight seating capacity. The visibility from front screen is good while the head rest on rear seats blocks the back view and makes it difficult to park. The cargo space is enough with a total 17.2 cubic feet of space and it can be increased when folding the back seats. It provides a 6.5 inches audio display system with a seven inches touch screen display panel offering the audio controls, phone controls and voice controls on steering wheels. The infotainment system is compatible with Apple Car play and Android Auto systems and four speakers are provided for entertainment. Apart from this cabin includes many features proving comfort. Some of them include six way adjustable driver’s seat, four way adjustable passengers’ seat, heated front seats, fabric covered seats along with leather wrapped shift knob and steering wheel, chrome plated front inner handles of doors and rear shelf. The SE trim also provides maximum safety features to the customers starting from seven air bags to avoid major injuries during impacts to hill start assistance, ABS, EBD, anti-theft alarm, child safety locks, Active stability control and RISE construction of body.

The 2019 Model of Mitsubishi Mirage SE is available in Pakistan with an approximate price of 26 lacs Pakistani rupees while it has 16,495 US dollars price in dollars.