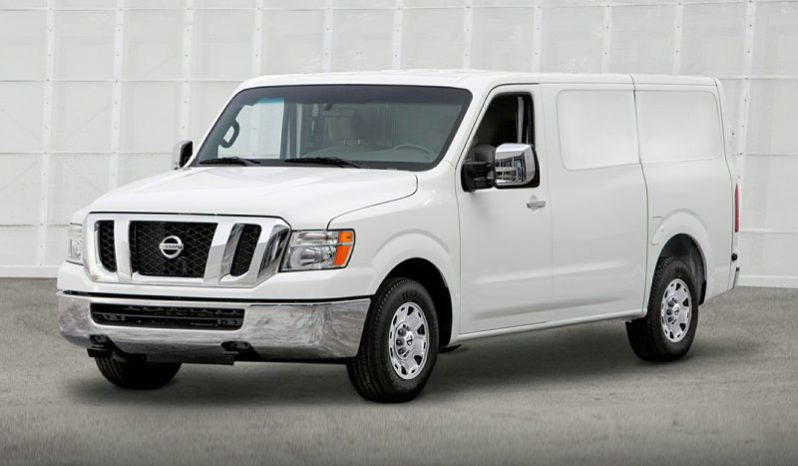 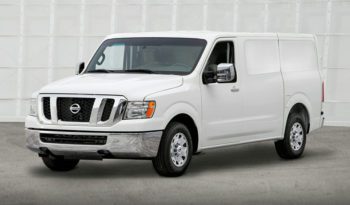 If you are looking for powerful towing van that work both as cargo and passenger than here is Nissan NV that has v8 engine under the hood. Describing in other words if you are looking for high roof cargo van that gives you high capacity for towing in affordable price than this is the only option because it can tow 9500 pounds with two tons cargo on the inside. If we compare this Nissan NV Van then with suitable configurations this can tow just 500 pounds less from top entries in this segment.

What can you expect from a cargo van because such vans usually not attract from outside but this Nissan NV Van is still nice to view from outside as well.

Starting from front it has very large grill with large chrome bars and large Nissan logo.  It also has very large cooling area with tow hooks in particular models.

Moving to its side profile it has 17 inch chrome clad steel wheels that are obviously more suitable because it is a cargo van. Another notable thing in its side profile; it is quite different from it competitors because it didn’t have any short looking European front but has long pickup style. There is a benefit and drawback of this front, benefit is its engine is under hood totally separated and not doghouse between the front seat footwalls, save you from lot of heat and noise made by engine. Drawback is its length increases but space inside vehicle decreases.

Rear side of van has two large doors that have more height than a normal person if it is high roof version.

It is 2017 model so does it has up to date features inside like infotainment screen, navigation, USB and power plug but in terms of material used inside, it has totally hard plastic on dashboard, door panels and even center console and arm rest are of hard plastic.

Seat covering material is different in different version current one has leather appointed seat trim while others can have fabric at center with vinyl at sides. Its infotainment navigation system is low cost but have much responsive touch screen and easy to understand navigation buttons.

It has 7 speed automatic transmission with tow mode.

Front seats of Van are much comfortable as you can understand it is for those who sit for long time and travel on long distances. Its front seats are heated and has 8 way power driver seat with lumbar support where 4 way manual front passenger seat. There is enough head and leg room but in case of driving there can be little problem for persons shorter than 6 feet.

Its steering wheel is tilting but not telescopic so there can also some other issues related to that. It has single zone climate control but not automatic dual zone, other things like cup holders and arm rests are present but again in hard plastic.