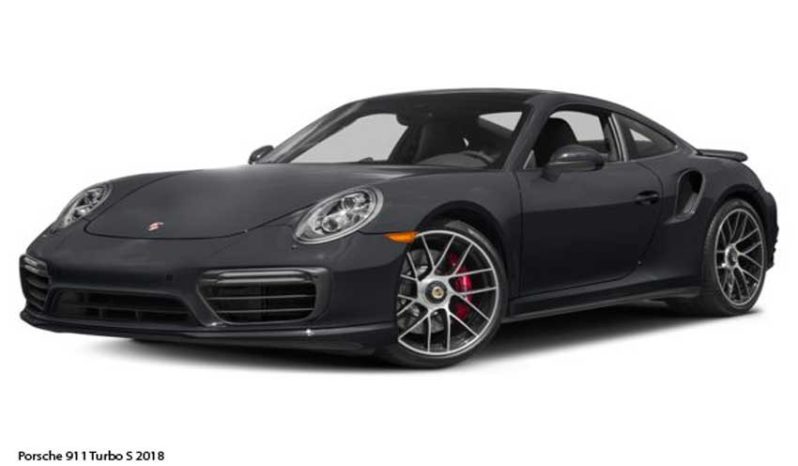 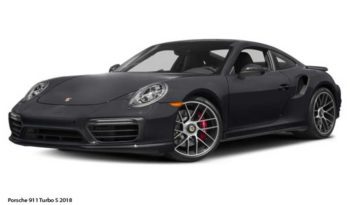 The name 911 has seen more than 5 decades of excellence driven sports car throughout the world. The Porsche 911 is a name of glory and consistency over the development of automotive engineering from 20th to the 21st century. Therefore Porsche 911 is one of most majestic sports car still in production while developing over the course of every generation. The first gen Porsche 911 was announced in 1964 followed by 7 generations and still running the play to this day. The Porsche 911’s 7th generation was last announced in 2013 with that being still being in production with receiving minor updates each year. The Porsche 911 comes in various models with variation in engine, performance and pricing namely 911 Turbo, 911 GT3, and 911 GT3 RS. However this article will be reviewing 911 Turbo/Turbo-S Coupe 2018.

Up gradations to Porsche 911 Turbo Coupe:

Porsche 911 Turbo/Turbo-S Coupe 2018 is styled as a coupe when it comes to body type. The legendary sports car has 3.0l engine with Turbo added in this version of 911. While the turbo version accelerates just about 0.34 second quicker than the normal 911 when raced to 60mph from rest, it still feels special to drive rather than up righting your track numbers. The Turbo/ Turbo-S Coupe version were introduced in 2016 which received yearly upgrades in 2018. The differences from older models include led strip lighting in front bumpers, updated wheel designs, vertically placed slats in the cover of engine and updated rear spoiler lip.

The Porsche 911 Turbo/Turbo-S Coupe 2018 is powered by 3.0 liter engine. However there is a difference when it comes to power produced by these two models. The Porsche 911 Turbo version goes up till 520hp whereas the Turbo-S version generates about 560hp. This makes 0-60 mph in 3.2 seconds and 3.9 seconds respectively in both versions. The 3.0l engine is actually the same as of previous models however this time it is upgraded to higher compression, piezo injectors and most importantly newly installed exhaust system along with inter cooler and injectors which are bigger than before.

The transmission for Porsche 911 Turbo/Turbo-S Coupe 2018 is once again newly built 8-speed transmission for quick shifting but most important factor in transmission is the fuel economy is provides with long gear ratio in 6th and 7th gear. The chassis also has some small but worth-it improvements as such the higher geared steering wheel, improved braking and adaptive dampers.

When it comes to aerodynamics of the Porsche 911 Turbo/Turbo-S Coupe 2018, it is again upgraded than the normal 911. This version has active cooling flaps at the front that help the sports car to generate a lift for higher smoother acceleration. The upgraded rear spoiler also has new settings for the driving as down, low drag at mid-range, eco positioning for greater economy and the most aggressive one as full-speed position. The opinions about spoiler tend to admire it more when it’s downward rather than upward in sports mode. The interior of 911 is once again proof of German engineering in the sports car. The leather on seats and interior parts is sharp and neat just like a jewelry job. The rev meter is analog with two screens surrounding it for displaying car figures during the drive such as engine mileage, trip calculator, navigation etc. In the center comes a big infotainment screen responsible for entertainment and vehicle setting. The infotainment system has soft-keys which some user may not find practical especially switching between drivers assisting options as it makes that feel much less sportier.

The panels of 911 are engraved in sharp carbon fiber as they are in any luxury sports car, but with attention to detail. The standard specs in Porsche 911 Turbo/Turbo-S Coupe 2018 includes box full of options such as electronic LSD, LED headlamps and adaptive damping. However extra money can get you customized options of your choice with minor details according to your personal preferences. The Porsche offers a three year long warranty on the 911 without any limitation to the miles driven. The 911 might not be the cheapest in league to maintain but it sure is a predictable car which means it will cause less trouble in terms of maintenance other than the routine. The Porsche 911 Turbo/Turbo-S Coupe 2018 costs about $130,00 currently.