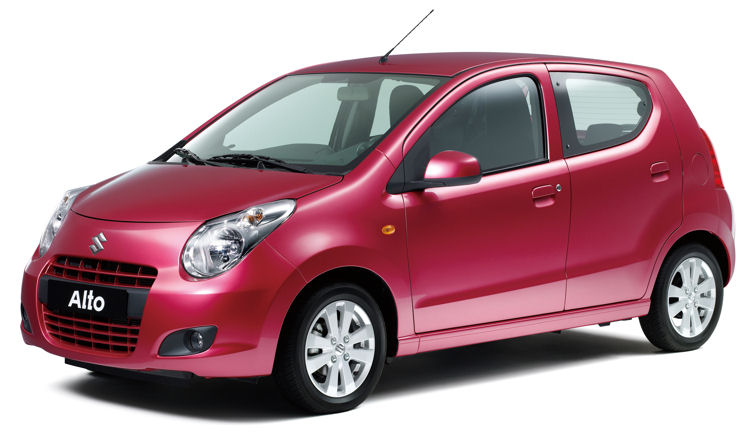 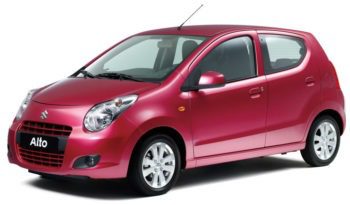 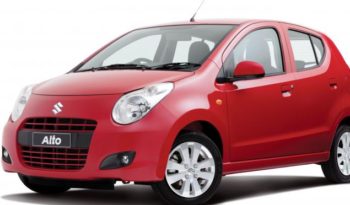 Suzuki introduced the ever famous mini car Alto in 1979 with the concept of good economy of fuel and less price. It has become so popular throughout the world other than Japan. Eight generations of Suzuki Alto have been launched till now with a 658cc engine and designed to have lower consumption of fuel. The eight-generation was introduced in Japan in 2014 but in Pakistan, the eighth generation was launched in April 2019. Suzuki Alto was one of the favorite budget cars any class of family could afford and it was a big competitor to Daihatsu Cuore and Suzuki Mehran. It was locally assembled by Pak Suzuki in Pakistan which made it more popular in terms of its easy availability and cheaper prices. Today we will discuss the eighth generation Alto in detail which was released in 2014 worldwide and had a retro-style design similar to the first-generation Suzuki Alto. As we know Pakistani assembled Suzuki Alto sale was stopped in 2012 and the models after this timeline were imported models from Japan. Today in the section on used cars, we will discuss Suzuki Alto VP 2016 imported version in detail.

It is a 658cc OHC twelve-valve FC engine that generates a horsepower of 40bhp and torque of 63Nm at 4000rpm. The front suspension has Macpherson Strut axles while the rear suspension has coil spring axles for better performance. Similarly, front brakes are solid disc while rear brakes are drum type for ensuring better braking system.it offers a fuel tank capacity of thirty-five liters and automatic transmission type only. It ensures a safe drive with seat belts for front and back passengers. Other safety features include dual airbags for avoiding major injuries during a collision, an anti-lock braking system, and an electronic brake-force distribution system.

It is 3495 millimeters in length, 1475 millimeters in width, and 1460 millimeters in height while it has a ground clearance of only 16 millimeters.  Exterior color options offered by Alto are bluish-black, solid white, silver, silver metallic, chiffon ivory metallic, graphite grey, pure red, pearl red, and pearl blue metallic. It has 12 inches steel wheels with steel wheel caps and it offers body-colored bumpers and body-colored door handles. It is provided with fog lamps to drive in extreme weather conditions. 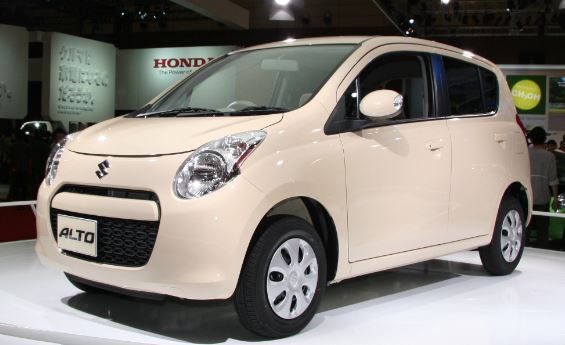 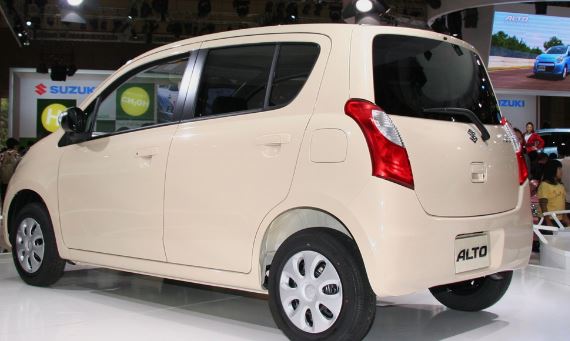 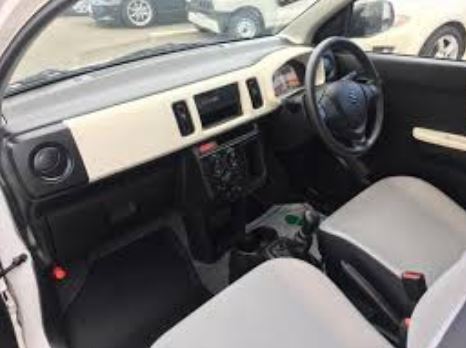 It offers a combined light and smooth driving performance with a very low consumption of fuel as compared to previous models. The engine in this model is improved with a decrease in running resistance and an efficient CVT system that makes the fuel efficiency enhance. This model is lighter in weight with almost sixty kilograms of reduction in weight as compared to conventional models and there is an improvement in its rigidity and exhaust system of the engine. The exterior design is simpler and elegant with a roofline that flows linearly from front to back keeping the height of the car low. The cabin is made very comfortable with comfortable seating and high-quality materials used inside the cabin. It offers ease in rides to carry various things in the front console and a shopping hook at the back.it provides all basic safety features to the passengers in which seat belt reminder is at the top along with dual airbags and electronic brake force distribution for a smooth and safe drive. It offers a good mileage of up to 24 kilometers on highways and 14 to 15 kilometers in the city.

One of the major issues seen in it is the reduced performance of the car while switching on the AC. It will decrease the mileage estimate to up to twenty kilometers per liter on highways and 12 to 13 kilometers per liter in the city. Engine consumes a lot of petrol when AC has turned on and the fuel consumption also increases. Secondly, issues have been seen regarding evaporation of petrol from the tank with a rate of half a liter of petrol evaporation in a day. This is causing a lot of money on its maintenance because if you leave the car off for one week then the oil meter will decrease showing three litres of less fuel. Another problem is its congested interior because it does not offer a lot of space inside. The cabin is very noisy and uncomfortable sometimes. It is a bit old in its technology and features as compared to the newest models and cars in the market.

You can get your Suzuki Alto VP used import model with a starting price of 13 lacs Pakistani rupees. Although the eighth generation Alto has been launched in Pakistan with more advanced features and reliability and other companies have also launched their mini 660cc cars in markets but Suzuki is always on top among the customer’s preference especially when it comes to imported models of Suzuki than the reliability and durability rates increases. Although it will cost much higher in maintenance as compared to locally assembled models if you are planning to buy Suzuki Alto VP 2016 model then it’s a simple and stylish design, high driving performance, noiseless and better engine, comfortable seating, and all standard safety technologies will help you make your choice definite and easily.