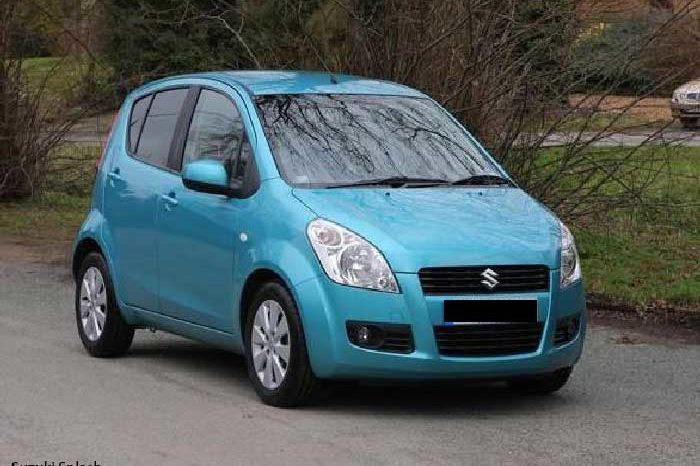 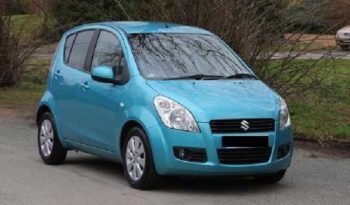 Suzuki Splash was introduced as a city car in 2008 by Japan. It was introduced as a five-door hatchback with a front-engine design and front-wheel drive. Suzuki Splash made its global market afterward by launching in other countries. Maruti Suzuki launched Splash with the name of Maruti Suzuki Ritz in 2010. However, it was discontinued in Europe in 2014, and 2nd generation Ignis took its place, and it was discontinued in India in 2017. Suzuki Splash has been suspended in markets now, but you can only find the used car for purchasing. The imported models of Suzuki Splash were also available in Pakistan from time to time, but they never got a massive public demand in Pakistani automobile markets. The 2011 model was comparatively loved much because of the changes in its facelift. It was available in 1.0 liters petrol engine, or 1.2 liters petrol engine and three models were available, including SZ2, SZ3, and SZ4. The 1.2 liters engine car has a naturally aspirated four-cylinder engine with four valves, while the 1.0 liters engine car has a naturally aspirated three-cylinder engine.

Engine and performance of Suzuki Splash:

The Suzuki Splash is a five-door and five-seated hatchback with 146.3 inches length, 66.1 inches width, 62.6 inches height, and ground clearance of 5.7 inches. The front design of the Splash has sharp, sleekly designed upswept headlights and a chrome-accented rectangular grille with the car’s label encrypted inside. The fog lights are also present to help drive in extreme weather conditions. The rear end of Suzuki Splash has trapezium-shaped taillights, and overall, the car’s exterior is well proportioned.


The car’s interior is also very well proportioned with fabric-covered front and back seats that are comfortable and satisfactory in accommodating a five-passengers. It features power steering, power door locks, cup holders, an anti-lock braking system, six airbags, EBS, air conditioning, and a heating system. The SZ2 trim has power windows, a central locking system, a CD player, and a steering wheel with leather covering, but no air conditioner is available in this basic trim. At the same time, the SZ3 and SZ4 offer an air conditioning system along with fog lights and alloy wheels. The automatic transmission is only available in SZ4 trim, while all other trims provide manual transmission only. It offers a boot space of 178 liters, which is satisfactory, but the back seats are foldable, and you can carry luggage of 573 liters when the rear seats are folded. 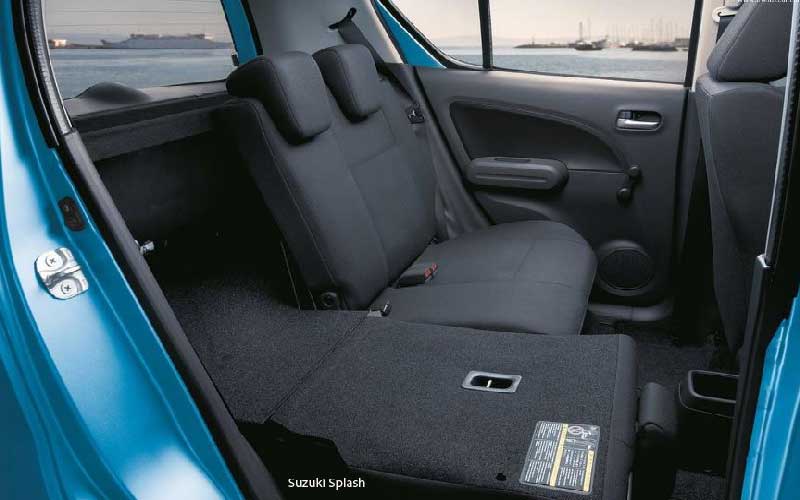 Suzuki Splash did not have a favorable market, and it had to face meager sales because it did not gain many good reviews compared to the other cars. Firstly it does not have a good fuel economy, and customers complain of only eighteen miles per hour mileage which is very low as compared to the exact values provided by the company. It has a prohibitive running cost and often shows engine, gearbox, suspension, and clutch problems.

The most common problems observed in Suzuki Splash are faulty suspension springs that occur when you hear a banging sound on passing through speed breakers, rear suspension strut failure that is felt when a knocking sound is heard from back suspension while driving. The warning light of the stability control system appears on the dashboard when you have a faulty design, and it becomes a significant cause of accidents. The split oil breather pipe can cause an oily smell inside the cabin, especially when opening the bonnet. Diesel Particulate filter can become blocked, and the diesel particulate filter warning light can be seen on the dashboard. Customers also complain of failed windscreen wiper mechanism producing irritating noise. One of the significant issues faced by the users of Suzuki Splash is the availability of spare parts. Spare parts of Suzuki Splash are not readily available in our country. If you are successful in finding the spare parts, you will have to pay a heavy amount for it compared to other local cars, and the maintenance value of the vehicle becomes very high.

The used model of Suzuki Splash 2011 can be purchased in a range of 15 to 20 lacs Pakistani Rupees. Still, it is not a widely available car as it did not earn substantial public demand. Suzuki Swift has widely replaced the place of Suzuki Splash in the automobile industry of our country because Suzuki Swift is provided with all the better features that were lacking in Suzuki Splash.