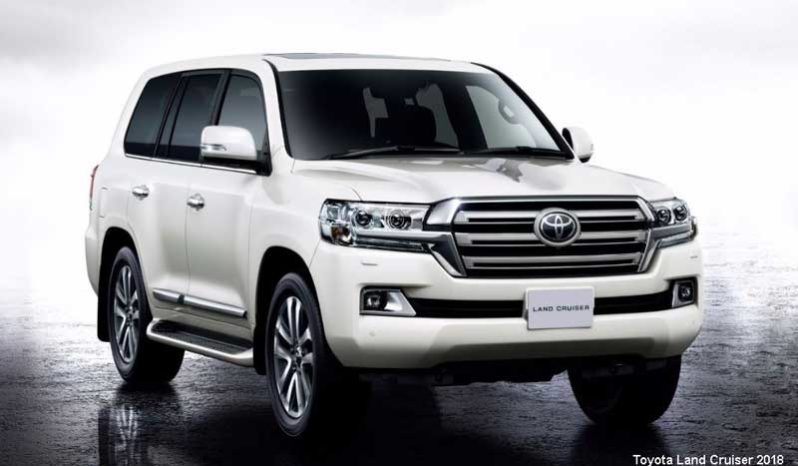 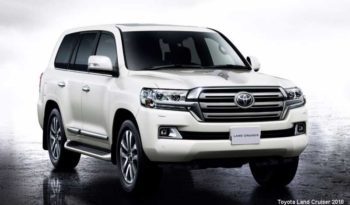 The 2019 version of Toyota Land Cruiser has maintained sixty years of worldwide adventure and 2019 Land Cruiser is truly proved to be a combination of sophistication, off road abilities, on road wonderful performance and marvelous refinement. It is ranked on number six among other luxury SUVs and scored 8 stars out of ten on evaluating different perspectives of performance, safety, features and reliability of car. The all-wheel drive along with off road defying software and the V8 engine will let it unassailable till the pavement ends and maintain the original go anywhere reputation. This go anywhere feature of Land Cruiser is equally combined with its legendary reliability ensuring a safe and secure drive.

In Pakistan the 200 series of 2019 Land Cruiser is available in three versions including GX-R, VX 4.5D and VX 4.6 with 200 series having a brand new design with two engine options including the 4.5 liters 32 Valve Twin turbo V8 diesel engine and 5.7 liters 32 valve dual VVT-T V8 engine.

It is powered by 5.7 liters DOHC thirty two valve V8 VVTI engine generating torque of 401 lb-ft at 3600 rpm and horsepower of 381hp at 5600 rpm. The powerful V8 engine will propel the Land Cruiser from zero to sixty miles per hour in 7.4 seconds

The full time all- wheel drive system is provided with active traction control and limited slip center differential with locking feature. The independent front suspension with coil springs and stabilizer bar with four link rear suspension with its coil springs will assist in handling and makes drive stable and agreeable on asphalt with its kinetic dynamic suspension system. It has a precise steering control which is easy to use and the handy tire direction is displayed which will help you even at low speed off road situations. This SUV is easy to drive which gives a throttle response on start that makes it difficult to takeoff while the transmission needs to shift into top gear for saving fuel that can be annoying. The eight speed electronically controlled automatic transmission is provided with intelligence and sequential shift mode along with uphill and downhill shift logic. It provides a mileage of fifteen miles per gallon in city and eighteen miles per gallon on highways. The braking system of Land Cruiser is also very powerful but it requires extra anticipation during on road driving as you have to push pedal down a little before you need to slow down but the braking system is outclass and smooth when driving or towing off road.

The 200 series of Land Cruiser is restyled maintaining the same basic body shell with front fascia having prominent grille than before which has 3 horizontal chrome accented bars encrypted on the grille while the 2 chrome bars smaller in size intersect with the slimmer and sleeker front while the horizontal shaped headlights sweeps sideways. The hood is more enhanced with dual badges while the front bumper features projection headlights and fog lamps. The rear of this SUV has a smaller bumper with chrome trim bar encrypted on it having Land Cruiser logo embossed on it while the distinctive eye catching LED tail lights are on sideways that shine bright to enlighten your journeys.


The cabin of Land Cruiser is astonishing with three rows of seats and seating capacity for eight passengers while the comfortable leather covered seats provided with multistage heating and ventilation on front and in second row makes your ride even more relaxing and comfortable. The leather covered steering wheel is equipped with audio controls and control buttons for information display and Bluetooth connection. The sleeking profile of Land Cruiser dashboard helps you to have command on your journey and nine inches touch screen mounted on dashboard is provided with high resolution screen display provides you infotainment while the rear seats can also have their personal entertainment with two 11.6 inches screen mounted on back of front seats providing you entertainment in 2nd rows.

A 4.2 inch display screen in front of driver show’s your mpg, inclinometer, tire pressure and even show your messages when paired with your smartphone. The climate control system controls the climate on front and back seats with the help of 28 vents that will maintain the temperature inside the cabin. The power sunroof let you enjoy the cool breeze and breathtaking view of night. The 2nd and third row can be folded to create a level of load floor. It fulfills all standard safety formalities and equipped with ten airbags, star safety system consisting of stability control, traction control, ABS, EBD, smart stop technology and brake assist, blind spot monitor system with rear cross traffic alert system, side impact door beams  while safety connect provides emergency assistance in case of any emergency via 24/7 Toyota call center.