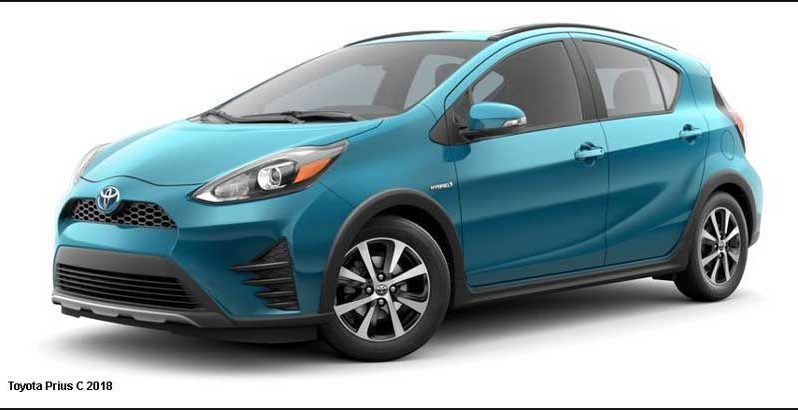 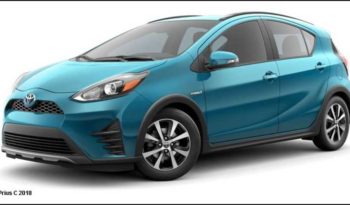 Toyota Motors introduced Toyota Aqua, also known as Toyota Prius c in 2011 worldwide and it was ranked most fuel efficient compact car of 2012 excluding plug-in electric vehicles. Prius c has features of Yaris-sized car and hybrid powertrain. It was cost efficient and had more fuel economy according to the Environmental protection agency test in United States. Aqua was declared a top selling car from 2013 to 2015 in Japan and it made success all over the world. It also acquired a good market in Pakistani automobile sector. The 2015 Toyota Prius c was facelifted to an all new design and more amazing features and was introduced in markets in 2018. It made a good business all over the world including Pakistan. Price of Toyota Prius c three was fairly competitive as compared to other cars of similar class. Starting price of Toyota Prius c is around Thirty six  lacs – Fifty lacks (for 2019 new model)  Pakistani rupees and it is available in seven colors; attitude black, dark blue mica, gray metallic, emotional red, super white, white pearl and silver metallic. It offers six imported versions including:

All versions are available in 1.5 liters DOHC sixteen Valve Inline 4 cylinder engine with manual and automatic transmission. It can achieve thirty seven kilometers in a liter and have a fuel tank capacity of thirty five liters. This hatchback has a different appearance with narrow LED headlights on front with hexagonal grille and trapezium shaped fog lights. Back side is also redesigned with vertical tail lights and larger bumper. It has alloy wheels with larger tires that adds more style to its appearance. Inside cabin is as classic as the exterior with fabric covering seats and seats are ergonomically designed for more comfort. It includes wonderful features like automatic climate control, nine air bags for safety, satellite navigation, 3.5 inches multi information display, six speakers, power driver’s seat, multi functioning steering wheel, power sunroof, cruise control, rear view camera and key less entry. Over all the Prius 2018 has an amazing and stylish with less fuel consumption and provides more comfort with more style. Major competition to Prius c is given by Honda Insight and Lexus T200h.

Toyota Prius c is the budget friendly hybrid car of Toyota that is a compact hatchback and it made its comeback with minor styling changes after tweak redesigning of front and back. It has a small battery which can easily be carried under the back seat and it is more spacious than the previous models. It has a better suspension and infotainment system but it makes a lot of noise on roads when drive on high speeds. It offers more safety features than its previous models with a total of nine airbags that reduces major injuries in accidents. It has to compete with many subcompacts and sedans which are cheaper than Prius c. it offers a good performance and have a better fuel economy than its previous models.

Toyota Prius c offers a more spacious cabin inside and the seats are made comfortable for long route travels. It can accommodate four six foot adults easily at its rear seats and the cockpit has cup holders, cubbies for storage and bin.  It has been redesigned with fifteen inches alloy wheels with dark grey accents and wheel arch moldings that adds a stunning look to its appearance. The multi information system is improved with six speaker and stereo sound system. It has incomplete ratings from NAHTSA but it includes active safety features and back view camera. IIHS gave it GOOD ratings and Federal testers gave it four star rating. Safety features include air bags, automatic emergency brakes, lane departure alarm and automatic high beams. It offers more advance features than all the previous models as discussed above. It is a fuel efficient car with low consumption of fuel and offering forty eight miles per her mileage on highway and forty three miles per hour mileage in cities. Prius c is Toyota’s least expensive hybrid car.

Toyota Prius c has a noisy acceleration and low power when driven on maximum speeds. It clearly indicates that is a slow acceleration that makes it noisy on highways and reduces the pleasure of drive. It has not shown any changes in its powertrain generating the same old ninety nine horsepower with 1.5 liters inline four paired valve engine. Coming to the changes in the style, very little changes have been made and there are some cheap painted metal used inside whereas the plastic material used inside and overall impression remains econobox. It has incomplete rating from NHTSA and acceptable ratings from small overlap crash test. It does not offer sound proof system for internal cabin that makes the cabin very noisy. Price range of Prius c is far more expensive than its competitors. Lexus CT200h starts at a price of twenty one lacs and Honda Insight ranges from thirty five to forty lacs Pakistani rupees. Toyota Prius c is very expensive and it does not offer so many outstanding features that can make it exceptional among its competitors. Lastly the maintenance price Prius c is very costly in Pakistan as the parts are imported from Japan and the local spare parts do not fit accordingly in the car that makes its maintenance very costly. Re sale value of Toyota Prius c is also average does not giving a good resale value and you might have loss in selling it back in market.

Toyota Prius c is not a car for thrill but it do offers an effortless steering, excellent fuel economy, good mileage, huge cabin and boot space, durability, good performance and powerful engine but the car has a lack of ground clearance and driving seat position is uncomfortable for longer routes. A lot power is needed to gain maximum economy from the car and it is very expensive keeping in mind the maintenance value too, which does not make it to be the first choice when going for a hybrid car purchase. Apart from everything, it do makes your journey luxurious, effortless and more comfortable and it has TNGA modular platform giving more strong but lighter chassis with improved center of gravity under the price range of 3.8 million Pakistani rupees and the S version to be 4.3 million Pakistani rupees.