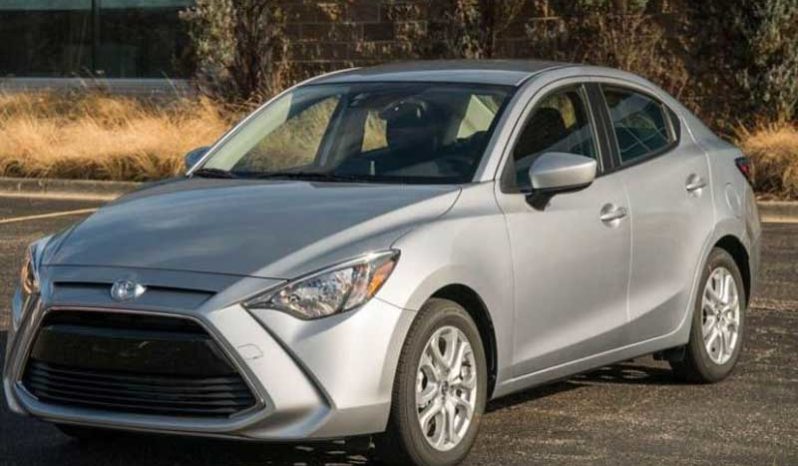 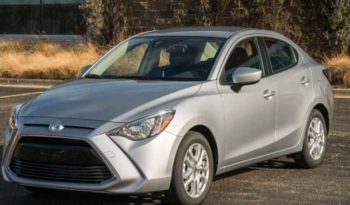 The 2018 Toyota Yaris IA is eliminated now with Mazda based subcompact sedan for the year 2019. Previously it was known as Scion IA and then it was called Toyota Yaris IA, it is now slot as a Mazda2 Toyota so actually Toyota and Mazda partnership results in a subcompact sedan of 2019. The previously known Yaris IA is known as Yaris sedan or Lift back now. These models are expected to be rebadged as Mazda but Toyota’s future plans for Yaris are not confirmed yet but it is clear that this Toyota Yaris is manufactured by Mazda. This subcompact sedan is ranked on number sixteen among other cars of this class because it offers a zippy handling, all standard safety features, satisfactory fuel economy and spacious cabin.

The 2019 Yaris Lift back is a fun to drive but it is practically not very fast but it is an affordable subcompact sedan of the 2019. It is available in 3 trim levels: L, LE and XLE.

The LE is the upgraded trim which is equipped with sixteen inches alloy wheels, keyless engine start and stop, fog lights, outside heated mirrors, rear spoiler and LED turn signals.

XLE is the highest level trim which features automatic transmission, leather upholstery, automatic windshield wipers and LED lights that turn off and on automatically according to surrounding light.

It is powered by 1.5 liters 4 inline engine which produces a torque of 103 lb-ft at 4000 rpm and horsepower of 106 hp at 6000 rpm. It offers a six speed manual transmission along with six speed automatic transmission while the thick rimmed steering wheel give its performance aspirations before the 1st corner giving a right steering heft providing you with more road feel as compared to other cars.

The suspension of Yaris Sedan is just satisfactory and you may feel bumps and jerks while passing through rough areas while the stability of this sedan is also not very great on highways. The fuel economy of Toyota Yaris sedan 2019 is impressive with its Mazda designed engine and with its direct injection engine the sedan provides the mileage of thirty five miles per gallon in city and forty miles per gallon on highways with automatic transmission while the manual transmission provides mileage of thirty nine mpg on highways and thirty four mpg in city. The acceleration of automatic transmission is slower than the manual transmission while with manual transmission the sedan can accelerate from zero to sixty miles per hour in 9.1 seconds which is still bit slow as compared to its competitors. It offers front wheel drive only but it has a well efficient braking system and its stable handling makes your ride easy to handle at low and high speeds.

The 2019 Toyota Yaris sedan has a toned down design that blends well into the crowd. It is redesigned with a sport inspired honeycomb shaped grille on front while the refreshed options of exterior colors adds more freshness to its looks and the piano black exterior chrome accents lineup all along its appearance. The automatic aggressively designed LED headlights will adjust high beam light when required while rain sensing automatic windshield wipers work automatically whenever there is a rainfall. The sixteen inches alloy wheels give a very sober and decent looks to the overall appearance of Toyota Sedan 2019. It is 171.2 inches in length, 66.7 inches in width and 58.5 inches in height.


The interior of Toyota Sedan 2019 is updated with improved technology and styling. The top trim has leather covered seats, leather covered steering wheel and shift knob with driver’s height adjustable power seats while overall the seats are very comfortable but the rear seats are not very spacious and three adults squeeze tightly because of tight space at back. The material used inside the cabin is good and price appropriate while rear seats are folded to increase the area for carrying cargo.

The base trim is equipped with seven inches display touchscreen for your infotainment, the audio controls are given on steering wheel as well and the sedan has Mazda infotainment technology equipped in it having a control knob to command the touchscreen while the infotainment system is not compatible with Apple Car play and Android Auto and it offers Bluetooth connection, auxiliary cable and one USB port while six speakers audio system will provide you entertainment. Keyless entry, power windows, power door locks, cruise control, keyless engine start, air conditioning are standard in all trim levels. Toyota Yaris sedan 2019 has scored good safety remarks and IIHS has declared it a safe car after it performed well in crash testing and NHTSA has given it five stars out of five declaring it a safe car. Some of the standard safety features of Yaris sedan include rear view camera, forward collision warning even at low speeds, automatic emergency braking, stability control, braking assistance and airbags.