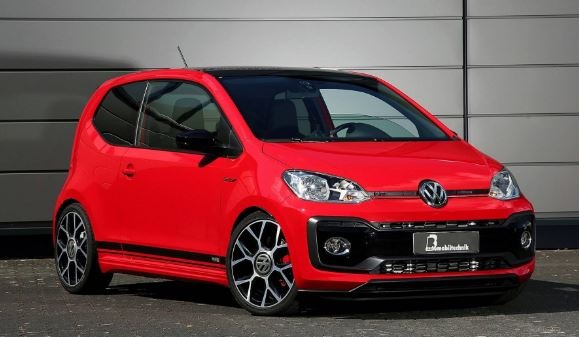 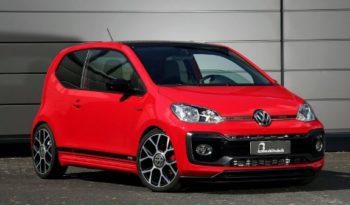 Volkswagen UP GTI simply resurrects the spirit of the original 1976’s GTI, It is a lighter & basic hatchback with modern touches just like back in the day.

When I say hatchbacks it means a small little fun car that can get you around the city without worrying to park or turn. However, nowadays hatchbacks come with luxury embedded in them having more legroom, more power, and features added to them. Now obviously it’s more convenient for people to buy. However, the hatchbacks for years have evolved into heavier bodies leading to bigger engines and options adding a lot of weight. In other words for a person who likes the vehicle as it drives instead of having climate control, are the hatchbacks really what they used to be back in the day? Apparently not. With bigger hatchbacks such as Volkswagen’s own Golf GTI, Mazda 3, and Honda Civic Si, when you look at these cars they are particularly not smaller, fitter, and lighter anymore.

Henceforth here comes the Volkswagen UP GTI saving the day and fitting the old definition of what the original GTI used to be 44 years back. It’s lighter, smaller, and fun to drive in the city without much hassle. The UP is the smallest vehicle produced by Volkswagen and also the cheapest one. It’s indeed a proper city car. 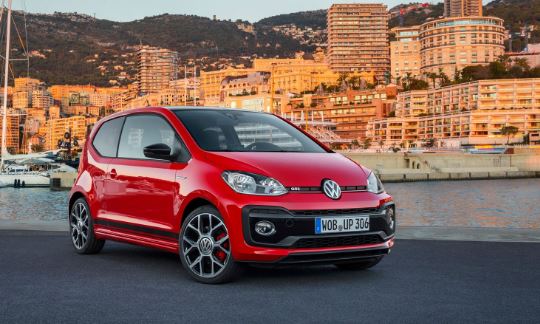 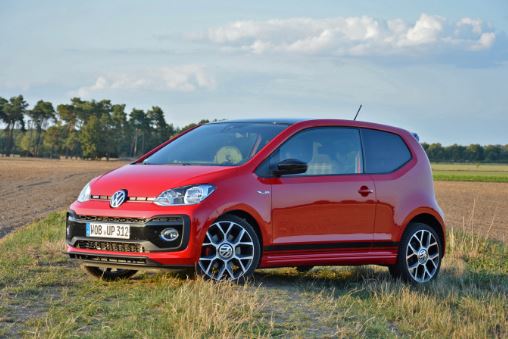 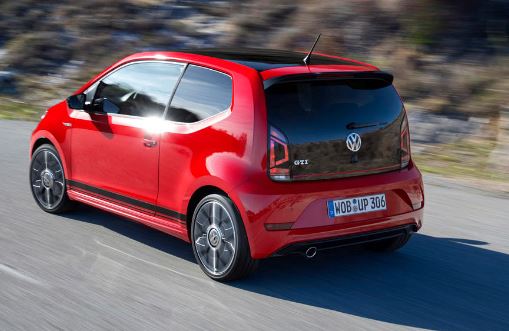 The sporty R-Line gives you leaner running gear, a lowered body for extra control, and damping for comfort. The styling is every bit as impressive as the performance with tinted side and rear windows alongside 16-inch alloy wheels. If you prefer, there is also the option of 17-inch ‘polygon black’ alloys.

Six loudspeakers, an 8-channel digital amplifier, and a beast of a subwoofer in the spare wheel well. The up! beats is your 300-watt show on the road. The ‘beats’ style package with ambient lighting and a leather multifunction steering wheel means you’ll look and sound the part.

Thanks to the GTI engine sitting proudly underneath the bonnet, your urban drives are about to get a lot more fun.

Volkswagen UP GTI has got a 1.0L engine with three cylinders. The 6-speed manual does the job well delivering decent shifting to the engine for good throttle response. The VW UP GTI makes about 113 BHP @5000 rpm with 148 lb-ft@2000 rpm of torque. It’s actually not bad considering it goes from 0-62 mph in 8.8 seconds. Yes, it’s not faster but then it’s not heavier either so less weight enables it to drive smoothly. The VW UP GTI according to official information does 58.9 mpg but in the real world, it does about 55.8 mpg which is quite good.

On the inside the Volkswagen UP GTI has got the dashboard in the respective color to the vehicle or you can get black. The steering wheel is nice round shape with the VW logo on it whereas the plastics feel good in the areas where you often touch it. The cabin is spacious to accommodate a 6-feet tall person comfortably in the front, whereas the clever and thoughtful packaging in the rear also accommodates the passengers without sliding and grumbling. In the center, it has a small unit for some basic display features. The panel overall is shaped in a one-square-like fashion but with curves around the edges. While it’s not top-notch, it gives the UP go. 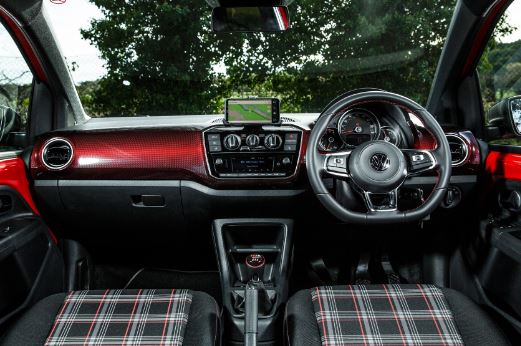 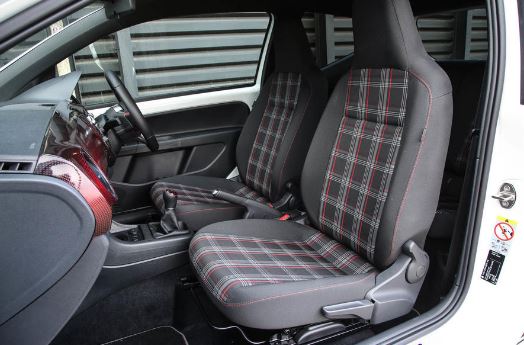 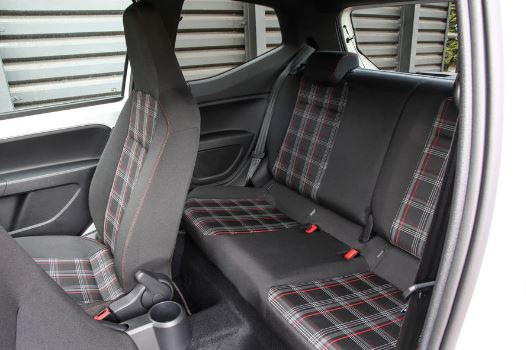 Fortunately, enough none of the components in the interior feel cheap or give an inexpensive vibe. The build and finish quality in the interior overall is as it should be in Volkswagen. Therefore the UP GTI has nice finishing and plastering done to it in the price range it comes.

The five-inch infotainment screen can be operated by buttons only. You get a radio, electric front windows, and an auxiliary socket for music devices. There is no navigation, satellite navigation, or even trip commuters. However, VW solves this problem by providing an app called “Maps + more” which lets your mobile device do all the functions including navigation and stuff. The top trim level gets a case attached to the dashboard to put your device in landscape.  You also get central locking on the inside.

The higher trim level such as the GTI and other models in UP get somewhat posh features such as beats the audio system, alloy wheels, and some of the upscale stuff. However, this comes with additional prices and packages. The Alloys are pretty much standard for the GTI.

Volkswagen UP starts at £9,240 and goes up to £14,725 for the GTI version. The GTI version obviously is more powered and faster than the other ones so it’s more fun to drive as well. The Up GTI is really a hatchback which represents how seriously Volkswagen understands the city problems with limited space to park and roam around. The Volkswagen UP GTI will glide through tight patches without making you feel slow. It indeed is a fun little hatchback as a reflection from past how the small cars used to be.