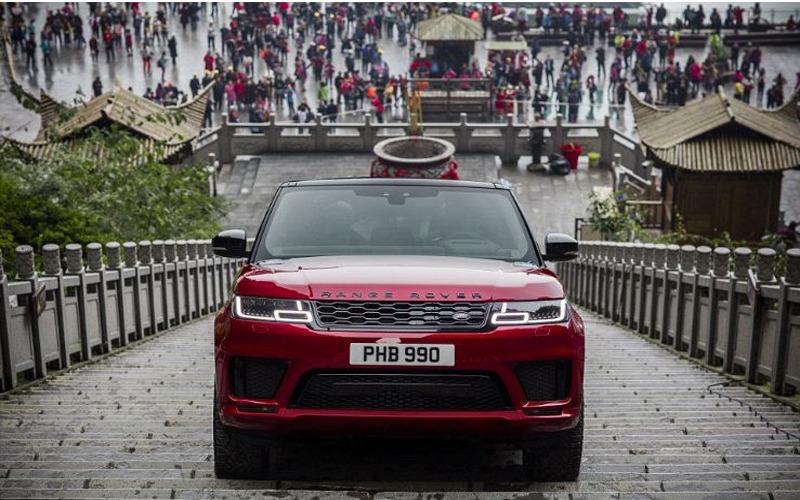 Test of electric vehicle for power; as range rover introduced P400e about which it was thought that it has less power than its siblings gasoline and diesel versions. To prove the power of Electric range rover there has been set another record by climbing to china’s heaven’s gate that was the most difficult and dangerous task ever filmed with range rover. Challenge started from legendary Tianmen Mountain that is also known as dragon road and infamous for many deaths and accidents.

This challenge completes within 23 mints during which P400e covered dragon road distance of 7 miles including 99 dangerous turns as well as 999 stairs at 45 degree angle. Main challenge was to climb 999 stairs to Heaven’s gate at 45 degree angle before which driver was warned both by colleagues and authorities. 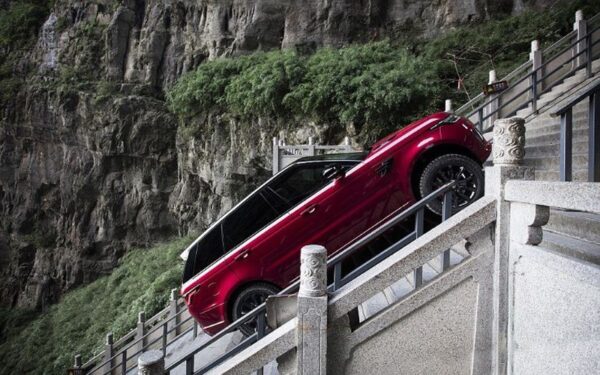 The one who completed this challenge is Jaguar formula E racer Ho pin Tung who can lose his life in this event. In the beginning it was thought that this stunt is impossible but fortunately Ho Pin Tung emerged  Victorious. 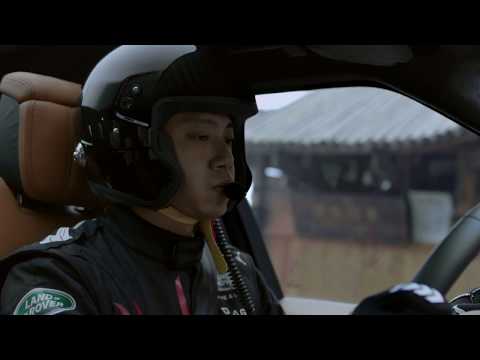