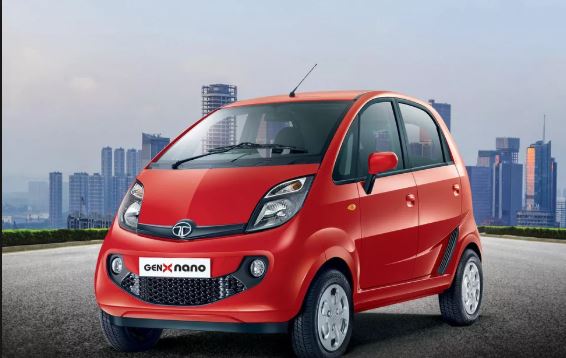 Every powerful beginning never has a successful or good end, sometimes most famous projects fails because of some unknown reasons, same happened with TATA Nano that was once thought to become most successful vehicle of the Indian history is now reaching to its end. Nano was made most cheapest vehicle of the time and world having price of 1 lac Indian rupees less than 1500$ but even its cheap price didn’t saved it and Now the production of this vehicle has been ended by the company.

Indian giant TATA that acquired Land Rover and Jaguar from ford was behind this project while Nano was made to revolutionize and motorize the Indian market and country that didn’t goes as expected, even the suppliers were proud to be part of this project. From the very beginning there were started so many issues including protest against the company by Indian population because its production was in agricultural area which become reason for its late appearance in market. As the price was low that’s why many things were missing in this small vehicle those were air conditioner, power steering, lift gate and power windows. It was a basic vehicle to full fill the basic purpose only and was made for community that owns motorcycles and rickshaws; it was a great alternative to these with small engine, less power and speed but again didn’t benefit the Nano. Most impacting factor that reduced its market value was the tag “cheap” this single word ruined its entire existence. Some early models caught fire as well and because it was made to facilitate the community having motorcycles and rickshaws with purpose to save them from dangerous accidents while after this incident its worthiness went down further. Later company added new features also but the price that was promised by company not maintained and people start preferring Maruti Suzuki over TATA Nano. It was a good car butt Indian community prefers better vehicles than vehicles only for mobility. Nano was Launched in 2008 but now in 2019 after 10 years company has decided to stop producing Nano’s further.