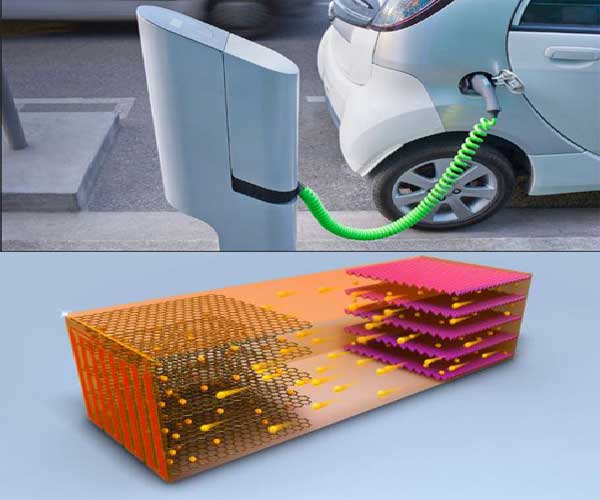 There are more than million electric vehicles in Europe only while china has already exceeded this limit quite a time ago Moreover there are also some news that electric vehicles owners are paying extra in the peak times for charging their vehicles, Charging a EV to full takes not less than 20 minutes while comparing to gasoline it is a lot of time, but a new breakthrough could charge the electric vehicles in seconds and it will take the same time as filling the gasoline.

A new method is developed by the chemists group from university of Glasgow which is based on Nano molecules those will be used to store either electric power or hydrogen gas. These Nano molecules could be in the form of liquid that will be pumped and replace the old liquid in the battery when.

According to Report Published in Journal Natural chemistry;

Developers of this method DR Mark Symes, Professor Lerory Cronin and Dr Jia Jia chen Believe that this new method will become a reason for better future of electric cars.

“Professor Lerory Cronin chairman of chemistry in university of Glasgow’s regius elaborated that; for future renewable to be effective, high capacity and flexible storage system are needed to smooth out the demand and supply”

“Our approach will provide a new route to do this electrochemically and could even have applications in electric cars where batteries can still take hours to recharge and have limited capacity, Moreover the very high energy density of our material could increase the range of electric cars and also increases the resilience of energy storage system to keep the lights on at times of peak demand”