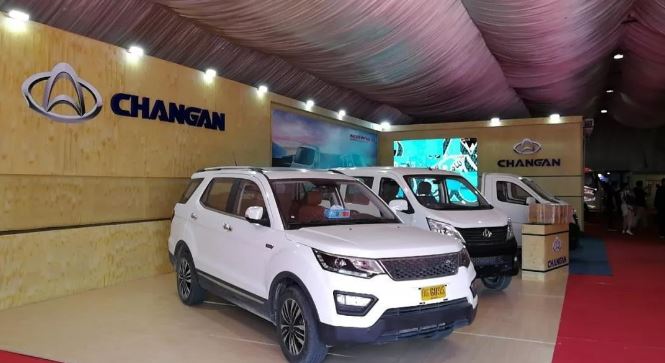 Pakistani Auto market is flooding with new competitors, About 7 new competitors has already announced to join the Pakistani Market by releasing many new models in coming couple of years but this September of 2018 has gained so much importance all because of new launches; first Toyota with Rush, 2nd United with Bravo and Now Master Motors with Changan Vehicles on 15th of this September, Master motors was planning from quite a long time to bring Changan “Passenger vehicles and Now they have choose the 15th of September”

According to details four Changan vehicles was displayed by Master Motors at international Engineering and Machinery Asian Expo 2018 at Lahore Expo Center, on 29th June of 2018 master motors was announced to launch four vehicles and was also signed the partnership agreement with Changan but there will be launch of 3 vehicles for now including 2 pickup trucks M8, M9 Karwaan and one MPV while SUV is expected to Launch in 2020.

MPV by Changan will have 4 cylinders 4 strokes CIHC MPI engine with 5 speed Manual Transmission, Power of engine not revealed yet.

It will have following features:

Both the pickup trucks will have same engine model and 5 speed transmission as MPV but again power of engine not known yet.

Other features are about same but different in safety features;

By looking at the given specifications we can predict that these vehicles will have cheap price tag, MPV karwaan is expected to have price tag between 10-11 lacs PKR while M8 and M9 between 8-10 Lacs, Changan vehicles will compete directly against FAW vehicles including Faw Carrier Standard & Faw XPV Dual AC.

Changan Vehicles Karvaan MPV and M9 pickup have officially being launched by Master Motors on September-15-2018.

As we were expecting from Changan there are not many good features in these vehicles, simply made to full fill the purpose.

If we compare Changan Vehicles with old existing vehicles in market than there is not much difference among these and Price of the vehicles is not competitive as well.

As told by CEO Danial Malik;

May be they are considering Pakistan as living same in 90s, Pakistani Government should have to ban the vehicles with less number of safety features and specifically not having basic Features like ABS and Airbags.