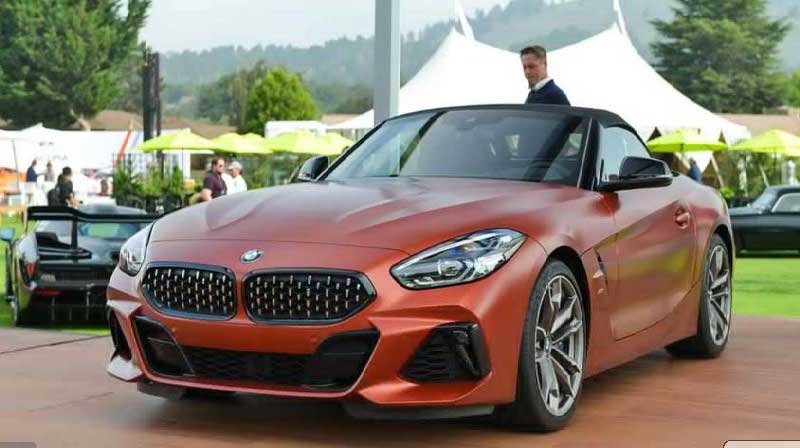 Both BMW and Toyota are collaborating with one another in research and Development for reviving some old names; they are working together to develop Toyota supra and BMW Z4. Collaboration between the companies was announced back in 2012 after which we heard nothing but Rumors about the revival of Supra and Now not Toyota but BMW finally revealed fruit of Collaboration, next Generation Z4 Roadster at Pebble Beach on Thursday during Monetery car week.

“In a market sports car are really on decline it makes sense for automakers to join forces and collaborate to develop these niche Models, Working with Toyota Likely slashes development costs by a lot, strengthening the business case to keep the Z4in the lineup”

New generation BMW Z4 built on completely new platform, which is bigger more stylish and aggressive rear wheel fun drive vehicle. This is more meaningful and definitely sportier; M Sport variant of BMW powered using 3.0 liter six cylinder engine that makes it to accelerate 0-60 in just 4.4 seconds. Full specifications of Z4 M40i are not revealed yet and will be announced later in September.

Other design features of BMW Z4:

Base Model of this new BMW Z4 M40i will arrive in the half of next year.