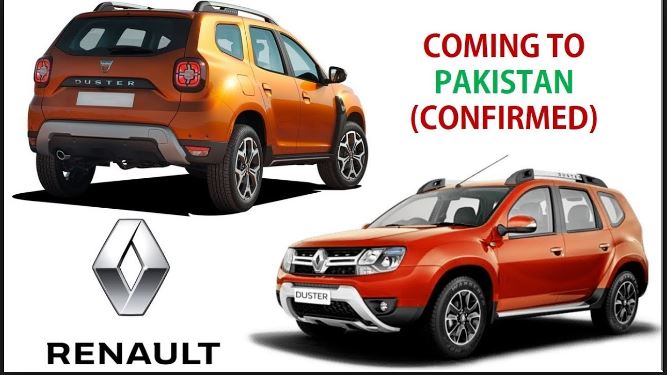 French multinational automobile manufacturer is preparing from quite a time to enter in Pakistan and was made an agreement with Al-Futtaim in November 2017 and has also acquired the land in Faisalabad (FIEDMC) to start building the plant.

Joint venture of Renault and Al-Futtaim will bring the automobile with technology that will full fill all the safety measure and will bring foreign investment to Pakistan. The Renault will have installed capacity of 50,000 vehicles per year and in start company may release five vehicle variants.

As per details company will target the SUV segment and may launch “Renault Duster” in market, Renault and Al-Futtaim will invest about $140 million for establishing its automobile plant.

Monopoly of three big giants Suzuki, Toyota and Honda is already on the edge as some new brands like FAW, United & Changan already introduced new models in market but upcoming brands like KIA and Renault will be the main competitors of these giants. Many of other brands are also interested to enter and many are ready to enter, this rise in competition will be in favor of Pakistani community.

We have been hearing from quite a time that Renault vehicles will be available soon in Pakistan and finally there are some confirmed details related to Renault cars.

A UAE based group Al-Futaim that is already working in Pakistan since 1991 through its subsidiary Al-Ghazi tractors and is also the main distributor of other brands like Honda, Toyota, Volvo and Chrysler in UAE is preparing to bring Renaults in Pakistan.

As per details group has already sent the application to Pakistan investment Board for the approval and after approval company will bring about 200 to 230 Million dollars investment in Pakistan.

For Pakistani market Al-Futaim wants’ to assemble and distribute SUV’S and sedans but for now no details has been given related to plant construction, location and production capacity. Received application from Al-Futaim has been forwarded to ministry of industries and production for further processing

Many other groups are also interested to enter in Pakistan; upcoming automakers will surely break the Lobby of existing automakers like Honda, Toyota and Suzuki, while this much investment by Al-Futaim will also create New Job opportunities in the country.

Keep visiting fairwheels.com to stay up to date;