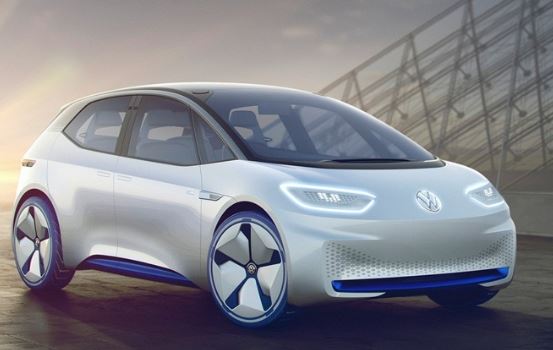 Because of rising competition in EV Market all the companies are constrained to produce affordable electric vehicles with better and competitive specifications and driving range. Tesla is no doubt still leading in this race and recently has started delivering model 3, All German automakers are still struggling for producing better EV’S while this rise of Germans could become a reason for the fall of Tesla; after Audi, Mercedes and Porsche now Volkswagen also confirmed the expected specifications and price range of ID Electric vehicle for 2019.

The futuristic design vehicle ID Neo expected to give 300 miles range and cost around 30000 Euro, Company has considered WLTP cycle to calculate the range and according to company.

“The entry level car will have WLTP range of 330 kilometers and it will also have limited performance, but if performance is the issue than ID Neo will be available with three different configurations related to battery pack and performance.

“If people want faster car than we don’t want them coming back after three months telling us that its fast but that the range is too short, so faster car will have bigger batteries.

The Neo ID will based on new platform MEB and will available with three different drive ranges for different budget people.

There was news that MED platform base Volkswagen ID EV’S will release in the 2nd half of 2019 but now it has been confirmed that ID EV’S has been delayed until 2020.

According to Reports from Media;

100,000 units of Volkswagen ID were still expected to launch in Germany but now  it is unclear because Volkswagen ID Crozz that was schedule for 2020 has delayed as well which means ID’S in US market may not release before 2021.

Detailed provided by company didn’t provide any reason for delayed, as company said;

Its first new generation battery electric vehicle based on the upcoming MED Platform the I.D Hatchback won’t reach in the market until 2020, rather than next year as originally planned.