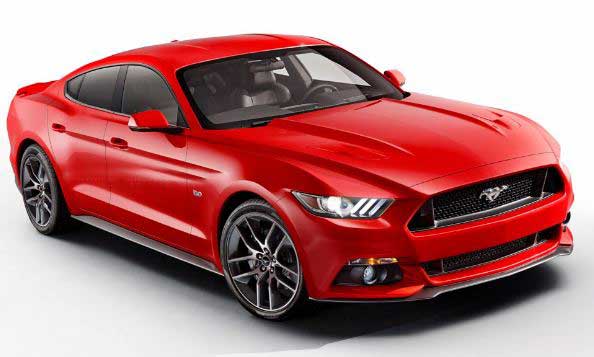 The first generation of Ford Mustang was designed by chief designer of automobile stylist Mr. Joe Oros for ford and was introduced in a fare on April 1964. The 2nd generation was introduced as Ford Falcon at seminar in North America while the first four door Mustang sedan was manufactured in 1964 as replacement of Ford Falcon. On first day of its launch, 22000 units of four door Mustang sedan were sold and for that first year 418000 Mustang’s were sold out, although it was unexpected and if we compare than sale of that year is 27% of the sale in 2012.

The Ford Mustang manufactured at Ford’s Dearborn assembly until 2004 later in the same year Mustang GT model of Ford also manufactured on the 4th anniversary of the company.

Now after many years it is announced that the Ford Company is going to built “Four door Ford Mustang sports car or four doors family sports sedan.Hot topic of four door mustang triggered the artistic mind of Mr. Klebe Silva, the Photoshop master, who beautifully pictured the four doors Ford Mustang out of his imagination.

There are no details related to its engine but it is being said that this Mustang will use the V8 engine just like GT sports car, it is believed that it will be a 5 liter turbocharged naturally aspirated engine.  There is no such news that the manufacturers will use Cayote induction in this car while this may be an Ecoboost version of Mustang.

The amount of different Ford’s cars models has decline to single model of Mustang in USA, It is revealed by company in planned meeting held in October that as number of the people started to prefer SUV’s that is why the Ford Company is going to manufacture four doors Mustang sedan.

The Ford Company has decided to launch this car in 2021 at present they are working on the new body styles. Bryan Cranston hybrid version of it will be launched soon and most probably there is possibility of rear wheel drive layout.

We all wish good luck for the manufacturing Of Four door Ford Mustang, This idea is not new while for the first time Mustang four doors was constructed long ago in 1965s. But for this time this idea will work or not is another question because I think that the dominance of four doors sedan sports car is going to end as Lamborghini is working on SUV URUS that has all the capabilities of sport and family car.