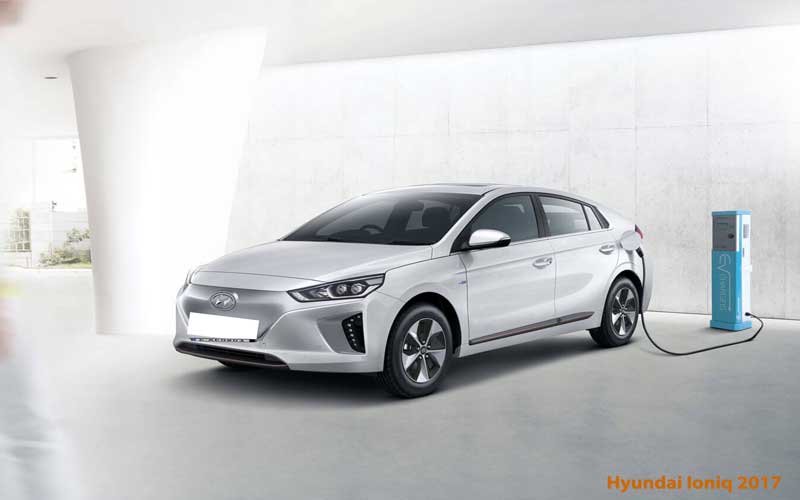 Hyundai is a South Korean automobile company that is the third largest manufacturers of automobile in world since 1967. Ioniq model of Hyundai has rocked the worldwide market since 2016 and is available in three variants; ioniq hybrid, ioniq electric and ioniq plug in. 2018 Hyundai Ioniq became all-time favorite among people with a sale of 106,300 units worldwide. Now it’s time for 2019 Hyundai Ioniq to conquer the roads worldwide. It has been launched in USA, UK, Australia, India and other countries and it has been launched in Pakistan on 22nd of March, 2019. It is making a good sale and has made a good repute among people up till now. Hyundai is now planning to launch Hyundai Ioniq 2020 in the late of this year in other countries. Let us see the details of this latest 2019 Ioniq to clear your confusions either to buy or not this latest model.

Features and specifications of Hyundai Ioniq 2019

It has been spotted on roads on Lahore that is giving a good competition in Pakistani automobile market. It is a five door car that is powered by 1.6 liters GDI DOHC sixteen valve inline four cylinder engine that is run by permanent magnet synchronous motor. It has a six speed transmission with an extra boost by SHIFTRONIC, generates a horsepower of  104bhp at 5700 .It is available in three variants; electric, hybrid and plug in. it can speed up from zero to 100 kilometers in just 10.6 seconds with a top speed of 185 kilometers per hour. It offers rack and pinion steering with electric assistance and Macpherson strut front suspension while independent multi-link back suspension.it has a total length of 4470 millimeters, width of 1821 millimeters and height of 1450 millimeters.it offers a fuel tank capacity of forty five liters. It is available in six colors; white, silver, grey, blue, scarlet red pearl and black noir pearl. It has a classy exterior accompanied with a stylish interior. Grille on the front is improved with cascading mesh appearance and revised LED lights

Why you should buy Hyundai Ioniq 2019

Ioniq is known best for its fuel efficiency and a good mileage, offering fifty five mpg efficiency by ioniq hybrid and gives a mileage of 654.5 miles. It has a spacious interior and can carry large amount of cargo with its 60/40 folding back seats that can manage your stuff by easily folding the back seats. You can enjoy the warm up facility on front seats only by pressing a button that provides a calming and relaxing drive. You can easily lock and unlock the car with keys even in your pocket and it has  wonderful feature of driving that memorizes your driving seat and mirror position and sets automatically when you sit on the driving seat. It has a deluxe and stylish interior with a sunroof, adaptive cruise control, and remote control to engine start, leather covering to steering with adjustable measurements, power door locks, back camera, heated mirrors, and vanity mirror for passengers and much more. It offers an updated infotainment system with a 10.25 inches screen that includes voice commands, Bluetooth connection and live services. Climate control system is also updated with a sleek design. Another plus point of this car is its automatic adjustment of electric power when entering low emissions areas and it has an ECO+ mode that extends energy for emergency conditions. Controls of the car are very easy with easy touch system and buttons. It gives all safety protocols including air bags for drivers and passengers on front and back, provides four wheel ABS brakes that helps in stability of car. It provides brake assistance, traction control, child locks, and electronic stability control, cross traffic alert warning, lane departure warning and lane departure warning. It offers latest technology in a relatively lesser price.

Drawbacks of the car

One of the drawback faced by drivers in this car is its braking system that does not mesh well with the friction and the pedal is felt very light by the driver that makes the brakes very unnatural and produces a sound when you apply an emergency brake. Passengers might get tired after a couple of hours seating in the car because of its uncomfortable seating for long journeys and may cause back aches in patients of low back pain. It also a floating quality of ride that is not as good as its competitors and the vehicle is felt jostled up and down. Another drawback is its road noise that is felt on high speeds and driver will feel it without any doubts. Cargo space is less in Electric version of car because of the space occupied by battery. Hyundai focused more on fuel consumption and technology rather than interior style thus offering a very normal and routine design of interior. Power output is also very average while its competitors offer better power output.

Ioniq 2019 has its major competition with Toyota Prius that made its comeback with a new look and better features but it does not offer good fuel economy than Ioniq. It may also get competition from Honda Insight that gives a mileage of fifty five mpg in city and forty nine mpg on highways.

Starting price in Pakistan is 30.11 lacs and vary for different variants.

Hyundai Ioniq 2019 may not be the best vehicle because its competitors are much more liked by the clients but still it is offering some improved characteristics like its hybrid technology makes it saturated among other vehicles and fuel economy of the vehicle makes it perfect among its class and lastly the technology offered by it is tremendous.