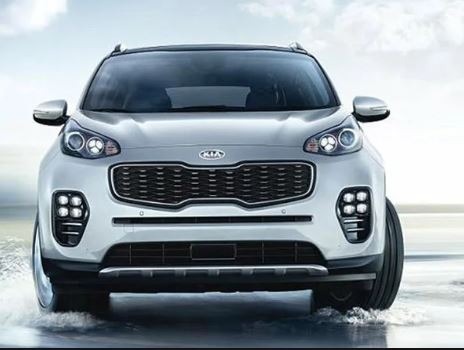 KIA Sportage was launched in 1997 by Korean automobile manufacturers KIA Motors that has been producing passenger cars, SUVs and vans, commercial vehicles and electric hybrids. Kia Sportage is now in its fourth generation productions since 2015. It is a compact SUV to accommodate up to five passengers. History of KIA motors in Pakistan is not so old, it entered into Pakistani market in 2000 with a joint venture with Dewan Mushtaq Group but due to low sales, it stopped its production in Pakistan and now again KIA Motors is setting its plant in Pakistan in collaboration with Lucky Cement and recently two vehicles have been launched as well; KIA Grand Carnival and Frontier K2700. KIA is now bringing its much loved SUV KIA Sportage in Pakistan as well. KIA Sportage is expected to launch in August, 2019. We have spotted KIA Sportage multiple times on roads of our country that ensures us that the car will be launched soon and it is in its test phase to judge any flaws or errors.

Features and specifications of KIA Sportage

KIA Sportage is a SUV that will have 2 liters naturally aspirated MPI four inline 1999 cc engine that generates a power of 130 HP and a maximum torque of 161 Nm. It will have a fuel consumption of 12.5 kilometers per liter and comes in manual transmission or a seven speed automatic transmission. Sportage is certified safer vehicle after its five star scoring in EURO and NCAP crash tests.KIA Sportage can drive on all type of surfaces with its feature to drive with ALL WHEEL DRIVE. It has intelligent control system with which it can drive with more control and balance with more safety. Total fuel tank capacity will be 62 liters and it will have a length of 4480 millimeters, height of 1635 millimeters and width of 1856 millimeters. It will have all basic safety features including air bags for driver and passengers, seat belts for all passengers, child safety locks, brake assistance, electronic brake force distribution, rear view camera and a proper alarm system.

Exterior of car is quite sporty with angular transformations and the front has a tiger nose grille with decent contours and sixteen inches wheel with silver touches to increase the sophistication.  Bi-Xenon headlights help to illuminate high and low beams whereas Dynamic Bending Light assists you to drive on curvy roads and corners. Bumper has a color as the color of the body and the exterior mirror and door handles are also colored with the body color of the car. It provides front fog lights and back window defroster to help you to drive comfortably in extreme weathers. It will be available in black cherry, scarlet red, storm blue, mineral silver and snow white blue exterior color options.

Interior is quite spacious with folding back seats to accommodate more cargo and passengers. It gives every inch detailing to its interior looks with leather coverings of seats, steering and gearbox. It gives modernized looks with its angled console and the styled buttons for control. Multimedia is also very improved and with front and back head rests makes the drive more smooth and comfortable. It will have four cup holders for easily carrying eating stuff and all basic features including air condition, heating, tachometer, clock, power steering, power windows, central lock, child safety locks, back view camera for parking and reversing. Color option for interior look will only be black.

Major competitors of KIA Sportage can be Honda Vezel, BMX X1 and Toyota CHR. Price of Toyota CHR is around 42 to 55 lacs while price of Honda Vezel has a starting price of 35 lacs and BMW X1 has a price around 60 lacs. All these cars can give a good competition to Sportage in market.

It is estimated that the car will have an average fuel mileage when compared to other SUVs. Horsepower and fuel economy is considered to be low as compared to its rivals because the turbocharged engine option is only available in top variants of Sportage. Sportage does offer many safety features but it lacks in heating or massage option in seats as offered by the competitors and it also does not provide any ambient lighting or anything latest or new in its infotainment system. It offers more comfort than luxury.

Estimated price of KIA Sportage in Pakistan could be between 35 to 40 lacs Pakistani rupees and it is expected to launch in august, 2019.

KIA sportage offers a warranty of 10 years or 10,000 miles and has a low price as low variants has lower price and it offers all basic safety features and new technology. It will give you a safe and comfortable ride but with no doubt its competitors are offering more advance and improved features than Sportage while it lacks in some luxury. Sportage is expected to make a good sale because of its low price and a good quality as compared to its competitors. Buyers will have a tough decision to choose between upcoming SUVs of 2019. Sportage offers a weak cargo space and does not have a good fuel economy as other SUVs but it is a mixture of comfort and refinement in a class of automobiles that has to face a tough competition in market and that will be selected by customers due to its low price and high quality.