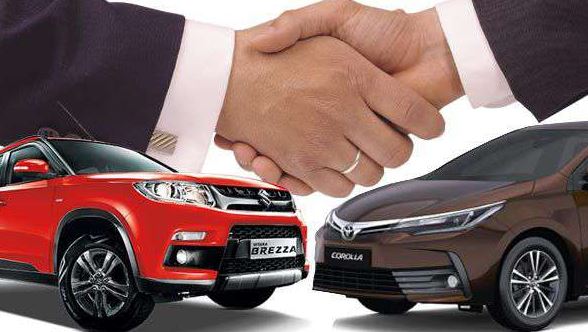 From last few years Toyota is partnering up with Different companies to produce better vehicles including EV’S, Combustion Engine vehicles as well as autonomous. One of the prime examples is Toyota Supra that has been produced in collaboration with BMW but as the trend is changing that is why Toyota is coupling up with other partners as well to “cope” with the changes. No Doubt Toyota is a automotive Giant but every company sometimes need other company as well when they need to capture specific market or to take the competitive edge. Same is in the case of Toyota and Suzuki those get partners to helping out each other in their required section. All of us know that Suzuki is well known for production of low budget combustion vehicles while Toyota is known for its hybrid technology one of the example is Toyota Prius.

As per details from different sources Toyota is planning to target African market where low budget compact vehicles will be more favorable for the company on the other hand Suzuki is quite behind in the electric race and this partnership will surely help out Suzuki As well, that is why both the companies will join hands and forces to share technologies for production of electric vehicles and other cars. This partnership will be same as with BMW, both of the companies will tie up in research and development section. In this Tie up Suzuki will source gasoline hybrid systems for Toyota while Suzuki will get benefit in the development of self driving and electric vehicles.

Keep visiting fairwheels.com to stay up to date.