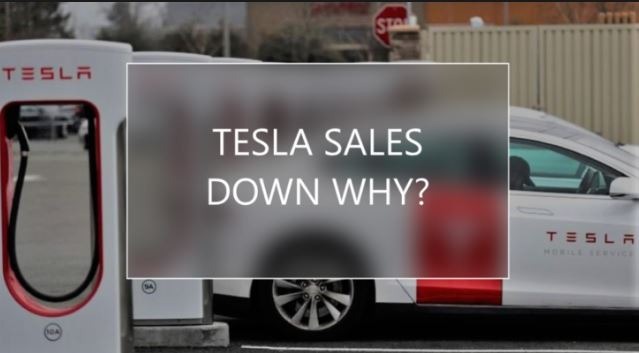 Tesla Motors is an American automobile manufacturer company that came into being in 2003 in Palo Alto, California.  It is famous for its electric cars and solar panels and it is selling its vehicles all over the world. The 2019 products of Tesla include Model S, model X and Model 3. It has a thirteen years old successful history with production of net income of 0.976 billion US dollars in 2018. Tesla proposed to make its manufacturing plant in Europe named as Tesla Gigafactory Europe. It will be totally different from Tesla’s European head quarter in Netherlands. This factory is proposed to make electric batteries along with automobiles. It is going to be one of the largest manufacturing lines in Europe and it needs a number of employees along with its automated process.  European government is giving many subsidies and incentives to Tesla to start its production soon and make the electric cars availability frequent in Europe. As the automobile industry is moving through the revolutionary times of replacing the usual motor cars with electric cars that is the need of the hour and China is really working hard to deliver the need of the hour to people by launching various electric vehicles this year and in the next year. European government has also invested a lot in manufacturing of electric cars and tesla became the top selling electric cars company in Europe. Starting from Model S with 100 Kilowatts battery and top speed of 155mph, available at a price of 137,450 Pounds, Tesla is all ready to sale the Model 3 in Europe. Tesla is now selling its model 3 in Europe but there is a twenty percent downfall in its sale while the S and X model sales have been decreased to 56 percent.

Sales of Model 3 in Europe

First month of sale of Tesla Model 3 got 18.4 percent of total BEV market shares in Europe and last year it had a stable rate but this year it is being worried who is going to buy these cars. Tesla has now being succeeded from production phase to demand phase. Norway, Netherlands and Germany are main markets of Tesla in Europe. The biggest attention of investors is to make the demand of Tesla model 3 increase in Europe so it can reach up to 100,000 unit’s sale in the next twelve months. Even government has put high taxes on gas- fueled cars in order to encourage people to buy electric cars but unfortunately Tesla investors lagged their expectations and lose their confidence after quarterly profit of Tesla up till end of January. Tesla stock has reduced up to eighth percent. But company is still hoping a stable sale in last two quarters of this year and expecting to become top electric car. The less profit ratio of Model 3 is encouraging the other BEV Companies in Europe to come over the Tesla repute. Although sales of Model 3 is still very high but it is not up to the company’s expectations where the company expected its sale would exceed 10,000 units per month but it could only sale 37,24 unit in the month of February. It remained the top selling BEV of Europe with a tough competition with Renault ZOE whose 3000 units could be sold in the month of February. Biggest market of Tesla model 3 in Europe is considered to be Germany with 959 units sold in a month and Norway being the second with 791 units sold in one month.

Present condition of Tesla in Europe

Tesla has rocked the European automobile markets with its BEVs but now the company is under a great pressure and critics. Employees of the company have told that the facilities at production are chaotic and production is also decreased at the assembly plants. On the other hand profits of the company are decreasing and in the mean while the rivals of Tesla are working hard to break the hype of Tesla in markets. Porsche is seemed to give a big competition to Tesla by launching its electric Porsche model. Sales of Tesla Model 3 decreased in the first quarter of the year. There can be a lot of reasons in decline of the sales of Tesla. We will quote some of the reasons here. The 7500 US dollars federal tax credit could be a reason that hits the profits of the company in Europe. Secondly the production of cheaper models of Tesla with 75kilowatt per hour battery including S and X models have been stopped. The change in design and interior styling may not be liked by some of the customers. Changes in prices of the car multiple times over the last quarter could make the customers frustrated and to make their preference to other BEV companies in country. Lastly the cannibalization of top variant of model 3 could be a reason in making a downfall in the profits of the company.

Tesla has planned to deliver 360,000 to 400,000 vehicles this year and Tesla is still hoping to return to its highest position and top profits in remaining two quarters of the year. However if Tesla lessens the price of Model 3 then it could again become highest selling car in the market as the model x and model S. The biggest challenge for the company today is to get more customers as the demand of Model 3 was insanely high but its sale is getting lower because of its affordability. Company promised to sale the S model in 35000 Dollars which was not fulfilled and people don’t have enough money to buy this model at such a high price. Tesla tried to reduce the price of Model 3 to 42,900 US dollars after lowering it by 2000 US Dollars in the month of January. The top versions of model 3 is as much as 70,000 US dollars which is highly expensive and that’s why Tesla stopped the production of cheaper models including X and S to avoid overlap. Tesla cars are also getting higher because of the federal tax credits on electric vehicles. Chinese automobile market is growing huge in the production of electric cars and it also a big challenge that Tesla has to face in Europe because Tesla is a newcomer to this automobile world and there are many known names including Porsche, Volkswagen and Audi that have their trump cards ready to play and they have decades of experience in this business. The race of all companies is to dominate the market with their electric cars and if Tesla will keep struggling to grow its business and able to provide its vehicles at a cheaper price as expected by the customers then the company will prove the competitors wrong and will be able to survive its worst year in terms of profits and sales. We hope a bright future for Tesla in European automobile market soon.