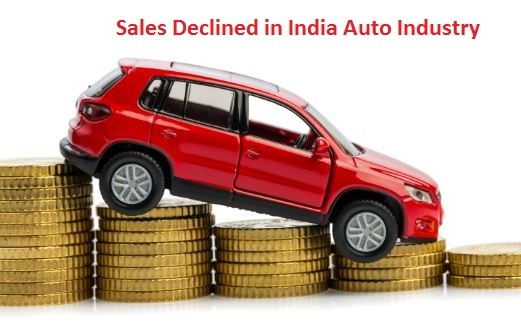 The country’s enormous carmaker Maruti Suzuki India is observing a shrink in sales for the past six months and reported almost a 33.5 per cent decrease in overall sales to 1,09,264 units in July 2019 as compared to July 2018. The progress sales of Hyundai Motor India fell 3.8 per cent to 57,310 in ongoing month. The fall at Honda Cars India was even more deeper with the Japanese crucial managing to set only 10,250 cars in July 2019, a whole 48.67% less year-on-year.The crucial automobile companies of India today turns out today for their monthly sales data for July 2019 and the numbers are not strengthen at all as they are all facing quite effective losses and decline in their sales. The well known companies like Maruti Suzuki, Hyundai, Mahindra& Mahindra and Honda have all faced a drop in their sales during this month. The case is familiar with companies like TVS Royal Field as they are also noticing an effective amount of loss in their sales.

Royal Enfield sales drop 22 per cent to 54,185 units during this month.

Overall economic slump partnered with delayed monsoon and higher monsoon deficit in less regions have affected rural demand. Moreover, fluidity issue to some extent and inventory rightness for progressive business viability at dealers and have outputted into sizeable volume decrease across the automobile segment,” Reliance Securities Senior Research Analyst Mitul Shah told India Today. The Slowdown is also expected to continue in the second half of FY20 as there is no immediate signal from the government to do anything at its end to improve the situation.

At present, Automobile industry is facing an unprecedented downtown as sales of new vehicles of have crashed crucially over last several months SIAM President Rajan Wadhera said. Recently, India ratings and Research published the June 2019 edition of its credit news digest on the country’s auto sector. Overall April-June 2019, the auto industry observed a production cut of 11 per cent YoY on account of around 12 per cent YoY, 14 per cent YoY and 10 per cent YoY production cut in PV,CV and 2W segments. According to a PTI report, ACMA (Automotive Component Manufacturers Association of India) has seen a uniform 18 per cent GST rate across the whole auto and auto component sector for betterment. There are almost 5 million employs in auto component industry and ACMA has said that almost 10 lakh jobs which is quite a huge amount could be the target if the slowdown continues.