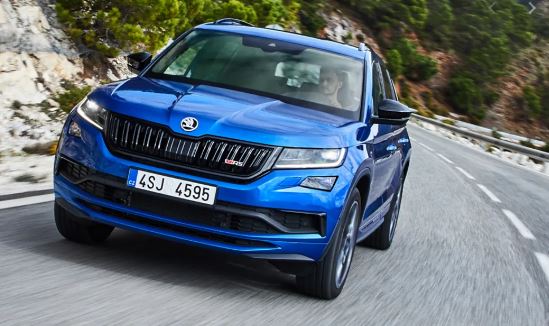 The price and specification of Kodiaq RS has been out by the Skoda Australia and announced that Kodiaq RS will be in showrooms by the end of this year.

The starting price of Kodiaq RS is $65,990.A cost of $13,500 will be increased with the enhancement in the equipment of kodiaq RS.

Kodiaq RS is the first ever model introduced in australia by Volkswagen Group.The company’s 2.0-litre bi-turbo four-cylinder diesel is use to power Kodiaq RS which generates engine power of 176kW at 4000rpm and On the other hand produces a power of 500Nm between 1750rpm and 2500rpm.Skoda claims the sprint time to be 0-100km/h of 7 seconds.

Skoda Kodiaq include a number of interesting equipments including an RS-specific front bumper and in the rear bumper integrated reflector strip is present with an gloss black exterior accents.For safety purpose it consist of tinted windows with Led highlights and red brake callipers. With all these equipments it also consist of dual tailpipes with chrome finishers, Adaptive Chassis Control, 20-inch xtreme alloy wheels. Not less but also a model-specific version of the Virtual Cockpit digital instrument binnacle. 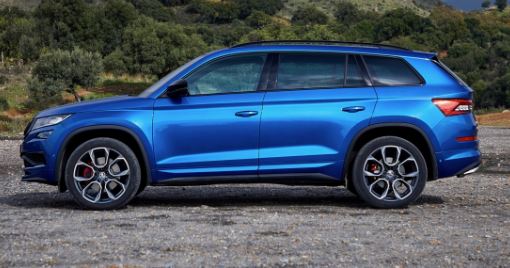 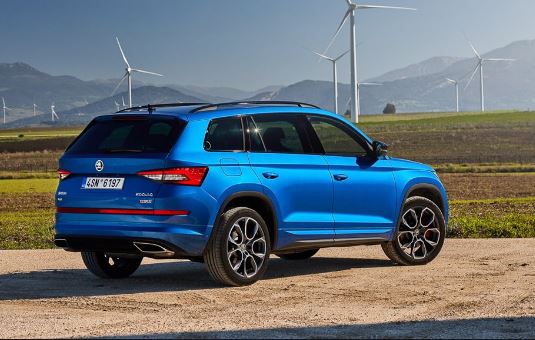 The interior of Skoda Kodiaq is made to impress.  It consists of sport steeling wheel that are multifunction and consist of paddles that are made in contrast to the red stitching on the RS logo. For a comfortable drive it provide Alcantara and leather sports seats having RS branding and a carbon look. It consist of Apple CarPlay and Android Auto with 9.2 inch navigation system for better navigation.It also provide the feature of digital radio, wireless phone charging, three-zone climate control.Its features does not end here it also consist of  electric tailgate , front and rear heated seats, electric front seat adjustment with memory, 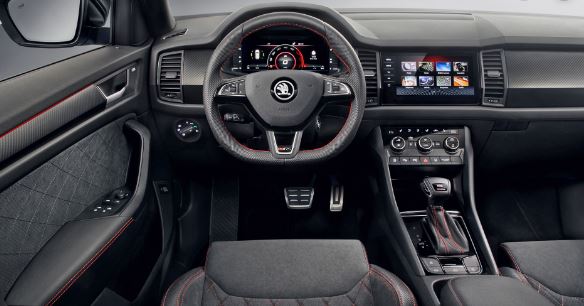 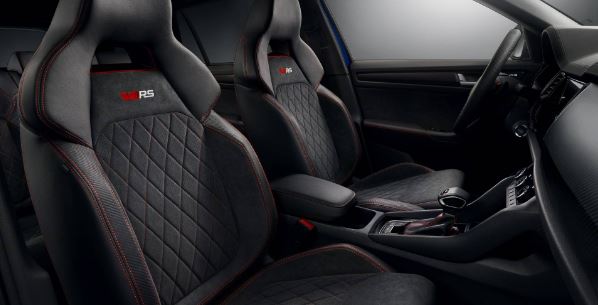 To ensure safety of the customer Skoda Kodiaq RS provides with emergency braking those are autonomous, and for the better control provide an adaptive cruise control that assist in traffic Jam and also have nine airbags. It also consists of blind-spot monitoring and lane assist.