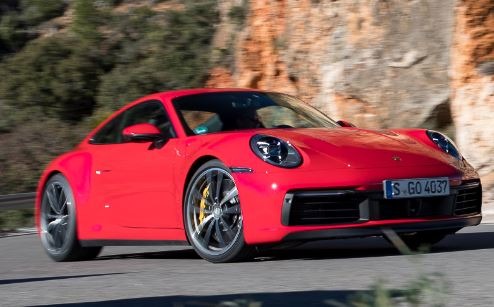 The 2020 Porsche 911 turbo is the eighth generation of 911 which has been spied out testing the prototype on roads and we have observed huge changes as compared to the Carrera especially at the back including differently designed larger sized fenders, prominent active rear wing and rear bumpers that have bigger sized outlets. The testing prototype has no camouflage design on it except on sides of tail lights and the front of 911 Turbo resembles with 911 Carrera except for the difference that the front fascia has larger gap openings between bumper and turn signals. The quad angular shaped exhaust tips are a telltale sign while the central lock wheels and splitter on front are exclusively better than before ending in the chunky endplate and the yellow brake calipers indicate that the prototype has powerful braking system with ceramic composition brakes. The LED strip on rear wing replaces the usual third brake light in previous models. Porsche fills every conceivable niche in its benchmark sports car Turbo version and continued an evolution of 56 years.

The wide body of Porsche 911 Turbo is sharpened with aggressive body lines while the wheels are depicting a real sport image to the car with larger twenty inches wheels on front and twenty one inches wheel on back. Spied photos does not reveal very much information about the interior looks of the car but it is confirmed that interior is all-new with more luxurious and stylish cabin. 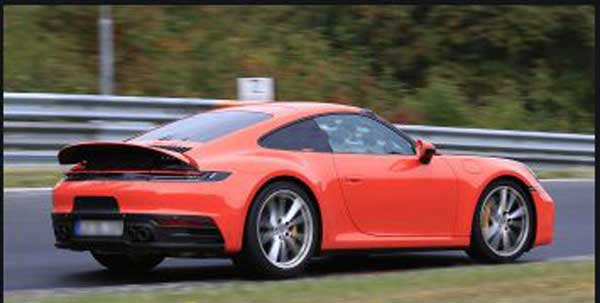 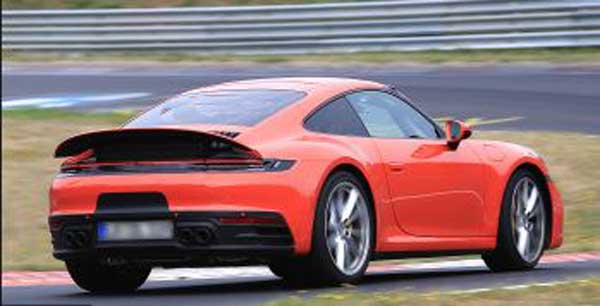 Better Safety with Some New Updates:

The vehicle’s information view can be customized with two display screens of seven inches each giving you driver’s information display providing you with lane keeping assistance, night vision assistance, stability control system and 360 view camera for drivers help. A new wet mode has been introduced in the upcoming 2020 model that detects water on roads and provides more stability control accordingly. A 10.9 inches touch screen display will be there for providing you with infotainment and having Porsche Connect plus system coded in it. Physical toggle switches on central console controls the climate control system. The electric parking brake switch is differently positioned now moved away from lighting switch gear. The two driver’s assistance display screens are flanked by an analogue central revolution counter. A night vision assistance is also introduced for the first time in Porsche along with improved adaptive cruise control and automatic emergency braking system. Two new applications are also introduced for customers: Road Trip and Impact. The road trip app help you to have a guided journey with exclusive recommendations for hotels and routes assisting you reach your specific destination while the Impact App track the C02 output and helps in paying offset by renewable energy projects.

The newly upcoming Turbo 911 is expected to be powered by a 3.8 liters twin turbocharged engine that will generate a horsepower of 600hp and the all-wheel driving assistance will be paired with eight speed dual clutch transmission providing you a powerful and speedy drivetrain. It is expected that the Porsche Turbo 911 2020 model will be revealed completely in Frankfurt Motor Show to be held in upcoming September. It will be available sale at dealer’s showrooms in the start of 2020 with an estimated starting price of 200,000 US dollars.