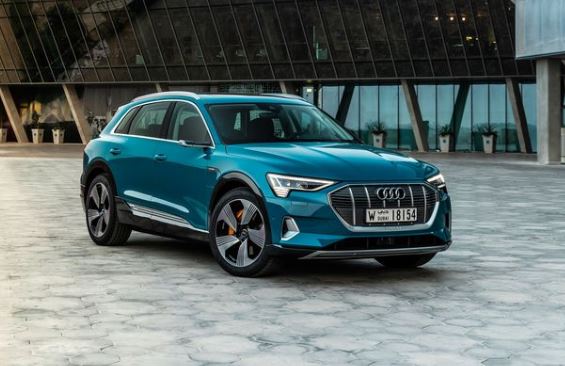 The Ingolstadt-based car maker is all set to launch the first ever electric vehicle Audi E-Tron, and the German automaker will be introducing this electric SUV in India in the second half of the year 2019. This SUV was launched globally at the Geneva International Motor Show 2018 and now it is on sale at various different global markets. Before the launch, Audi India has showcased the electric SUV in India on 27 June, 2019, forming it the first ever electric vehicle from the luxury auto car maker arrive at the Indian shores.

The electric SUV comes up with the innovative cabin design including all the controls being located among the three display panels on the dashboard. It is also among the first production vehicle in the world which comes with virtual camera rear view mirrors. This SUV actually uses high definition cameras instead of using actual wing mirrors, which projects the rear-view image on two display screens located at the front doors. It comes with a seating capacity of five persons. 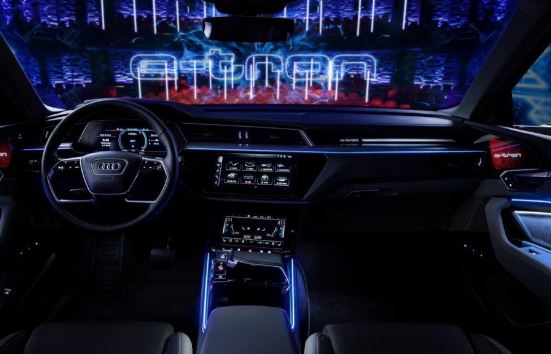 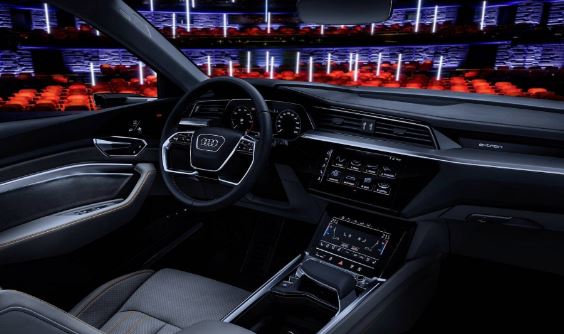 The Audi E-Tron owns a sharp and edgy elegant look which makes it more traditional and wild, making it different and unique from its previous models. The front of this SUV contains an octagonal grill which includes active flaps that allows air to pass through and cool the front axle motor. It has a standard crossover silhouette and in terms of its size, it lies between the two previous models of Audi named as Q5 and Q7. It owns the LED taillights which gives it the beast like look on the road. This SUV has 4901 mm of length, 1935 mm wide and 1616 mm of height along with the wheelbase of 2928 mm. 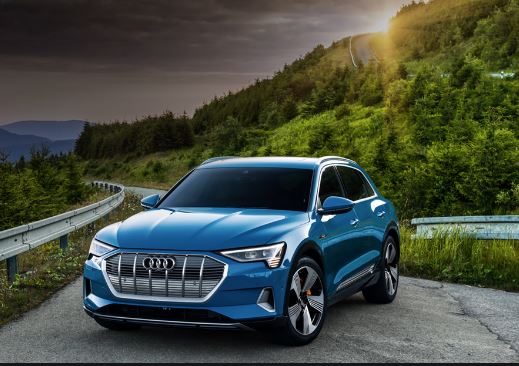 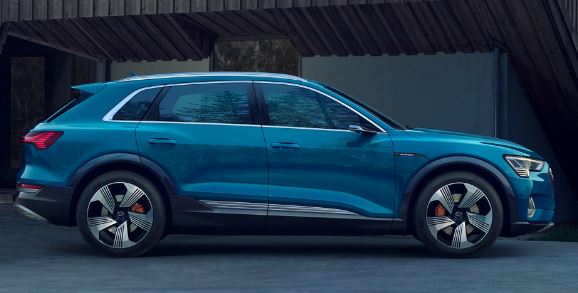 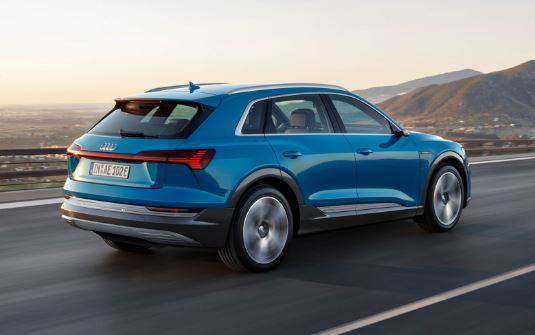 The Audi E-Tron SUV gets its strong power from two electric motors that are located one on each of the axle. The front motor makes 125 kW and the rear motor produces 140 kW which combines and produces a total outcome of 265 kW or 355 bhp and developing a peak torque of 561 Nm. This SUV vehicle also provides a boost mode that makes the power outcome reaches up to 300 kW or 408 bhp. It has the range of 400 km on a single charge regarding to WLTP cycle and can reach a high speed of 200 kmph. This SUV can cover 0-100 kmph in a very short of 6.6 seconds in the normal mode, and in the boost mode it covers the same 0-100 kmph in just 5.7 seconds. Audi E-Tron gets 432 cells in just 36 modules that are combined together on the floor of the SUV vehicle and contains a combined weight of 699 kg along with the capacity of 95 kWh.As far as the mileage of Audi E-Tron is concerned nothing is confirmed for the indian driving range while according to European standards it can attain 402 kms.

Safety and braking of Audi E-Tron:

The Audi E-Tron will have an amazing safety and braking system.It will consist of Dual-Front side mounted airbags for safety and the braking  will be  controlled with brake control system.The system without  the noticing of the driver will choose between the use of electric motor or fiction brakes.

The Model X of Tesla,Jaguar I Pace and Mercedes Benz are going to give Audi E-Tron a high competition.