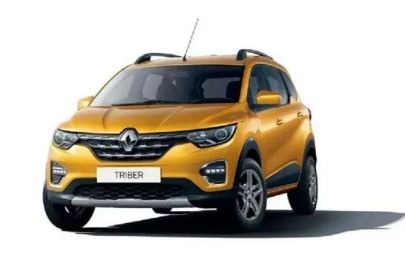 The latest Renault Triber is all-new model line manufactured by the French manufacturer. Renault has now officially launched the Triber in India and it will be available in 4 variants RXE, RXL, RXT, and RXZ. This car comes up with the MPV feasibility and space to the hatchback division at reasonable prices. Renault Triber made its world debut in India in June 2019 and from that time it has attained so much curiosity.  The Triber is specifically a sub-four meter MPV which is based on an up-gradated version of the CMF-A platforms which enables to generate Kwid. Now the French carmaker claims that it is upgraded it with up to 90% latest components to make it more reliable and considerable. The major aim is to approach with an alternative to the buyers, who want more amazing and stunning product in the price range of hatchback.

The Renault Triber comes with a seating capacity of seven persons which includes the adjustable facility for the last two row seats that makes an option of removing them entirely and makes space for more luggage. The second row seats are also adjustable and can be reclined in a way to make space for passengers of the last row. The dual-tone interiors of Triber are furnished in beige and grey colors that give its interior an astonishing look. The dashboard is finished in a well-balanced design and features. This vehicle includes more features like 8.0 inch touch-screen, Apple CarPlay, Auto climate control and Android Auto Smartphone connectivity. It also offers the smart card type key, which includes the facility of unlocking the car itself once the key is within range and will automatically lock when the key gets out of range.

The exterior of Renault Triber is designed in such a way that it gives a decent first impression. It is wider than the Maruti Swift, Hyundai Elite i20 and even the Honda Jazz as its width is 1739mm. It has a length of 3990mm and a height of 1643mm along with the wheelbase of 2636mm. The front of this vehicle contains the signature grille of Renault which gives it an elegant and wider front look. The wheel of this car looks like alloys at very first glance of it but they are instead steel-pressed rims with wheel covers. Renault has chosen to keep the design simple and decent. It consists of large tail lamps and its hatch is imposed with big TRIBER that grabs attention of the viewer. 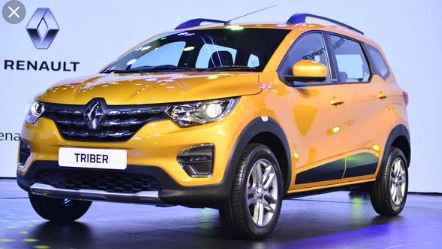 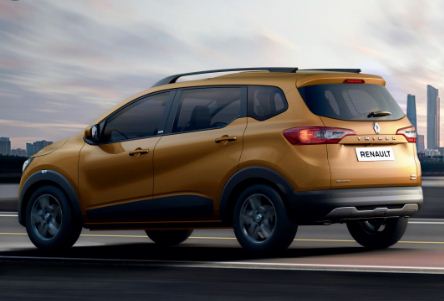 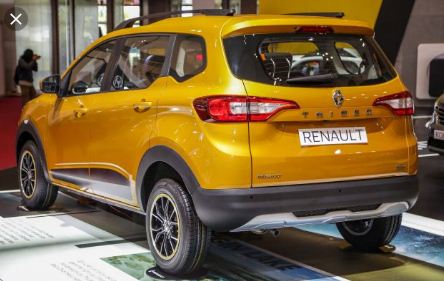 The Renault Triber is accessible with a 1.0-litre and includes 3-cylinder petrol engine that is capable of producing 72PS @ 6250Rpm and 96Nm of peak torque at 3500Rpm. The engine of this vehicle is a 5-speed manual transmission as standard with a choice of automated manual transmission (AMT). It gives the mileage of 20km per liter in the manual and 20.5km per liter in the AMT version. The fuel tank capacity of this vehicle is 40 litres. 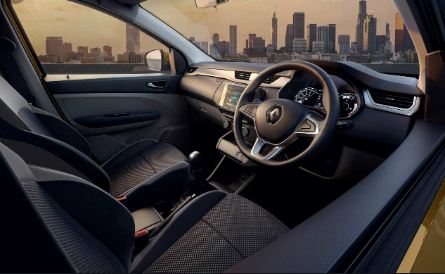 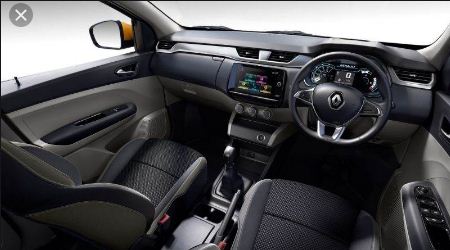 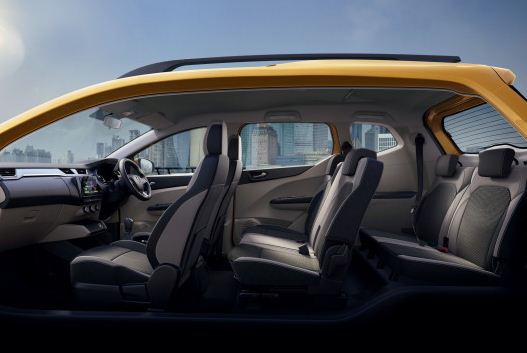 In terms of safety Renault Triber is offering dual airbags and moreover it has additional side airbags which takes the total of airbags to 4. It includes Anti Braking System (ABS) with EBD as standard along the range. Its front brake type is disc and rear brake type is drum. The vehicle has no NCAP rating as it has not been crash-tested by any independent authority.

Price of Renault Triber in India:

The price of Renault Triber variants ranges from 5.4 lakh to 7.4 lakh.