Why Automakers suddenly started to Shift toward Electric Vehicles? |Is Tesla Really Get Success on its own? 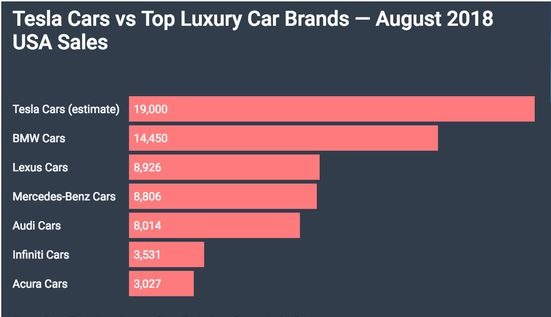 The question that usually arises in mind is why so suddenly automakers all around the world started to shift toward electric cars, why no time being given to automakers to make changes and improvement in gasoline powered vehicles to produce less pollution? Why climate change and Environment suddenly become so much important to humans? Is it really done to save the environment or there is something else in the background?

If you search on the internet you may not found the answer and Reasons related to the questions and sudden shift of automakers toward electrification.

So before digging deep one thing you must understand is that electrification is not just done to fight pollution and climate change, yes pollution could be the one reason but there are many other reasons that convert automakers to shift toward electrification.

Tesla is an American automotive company based in polo alto, California. This is the public company means owned by American government. According to details given on Wikipedia (Saudi oil Reserves) it was founded in 2003 while Tesla released its first electric car in 2008. From 2008 to 2018 there wasn’t any single competitor of Tesla which means there was only one seller of the electric vehicles in whole Europe and in the world that was Tesla itself.

From last 10-15 years there have been many ups and downs in the world one of which is the economy of the America that was also declining and because of which America was losing its position of being super power as well. Another issue is the oil reserves in Saudi Arabia that was directly in the hands of United States and now all of us are well aware that because of Declining in oil reserves Saudi’s economy is also on decline and was near to drowns.

According to Report of Aramco’s there were estimated 259.9 Billion Barrels reserves in 2007 But according to journalist Karen Elliot House “some energy experts are convinced that current reserves are substantially lower than those officially claimed by Saudia”

Going into this much detail is just too clear that Saudi’s Reserves of oil are about to end if not in next 10 years than surely in next 30 years.

Losing the oil hold and oil market America was required an alternative to sustain the economy that alternative was Tesla. As the Tesla started in 2003 but planning to start Tesla is much older but many other countries and automakers understand this quite late.

During the reign of Tesla Elon musk also tried to make it private but American government didn’t let it to do so.

How much Tesla Helped & benefited the United States of America?

There is no doubt Tesla helped lot to stabilized the economy of America, According the figures & report on Macrotrends.net from 2008 to 2018 Tesla earned total 5812 Millions of US dollars as profit that is quite a profit by a company that is not older than 15 years. Here are the details of Net income Tesla earned every year from 2008 to 2018.

How long Tesla will keep the Pace?

As Tesla was started to work into electrification quite earlier that is why Tesla is pioneer in Electric cars, not only this but Tesla is ahead of other automakers in auto piloting and autonomous driving. According to details available on different websites and Media Houses Leaving 2-3 automakers most of the automakers not able to introduce high quality fully electric vehicles even in 2019 and are not expected before 2022.

Who could be the Direct Competitor of Tesla?

As we know that German automakers have the hold of automotive industry from the very long time some of the known brands are Audi, Mercedes, Porsche, and Volkswagen but in the last five years not doubt these automakers have lost their profits and positions in European markets all because of Tesla and Electrification. So at least in next 4-5 years there are no direct competitors to Tesla in electrification in Europe. Some of the Chinese Companies have tried to reach the Europe but trump set policies and high taxes that make quite difficult for them to reach in Europe easily.

What is Tesla Doing Now?

As we know one of the biggest markets of automobile and electric cars is china where more than 50% of world’s electric cars have been sold. As the Tesla already has the hold in European markets so now Tesla has started its plant in china to Expand in china as well as other Asian countries of the world.

No in the next five years Tesla could lost its earned position because of the rise of other competitors including Germans and Japanese  but until their rise Tesla have lot of opportunities to earn maximum profits.

Chances of Tesla to Remain on Top:

It is not clear as there are not many details related to it but surely Tesla has plans to jump in autonomous technology as Tesla is already working on it. Others are trying as well but Tesla has achieved much more than others and if Tesla becomes pioneer in this technology than there are many other opportunities for Tesla to stay on the Top other than just Selling Electric cars.

Who could be the Competitor of Tesla in Autonomous?

As all the automakers are investing lot In Autonomous technology but Silicon Giants like Google, Apple and Amazon will have edge and they have already jumped into this race as well. Because in Upcoming future ride sharing, ride hailing and other services will be more beneficial for the companies if they have autonomous technology so directly or indirectly Silicon Valley giants are the Director Competitors of the Tesla.

Where Does UBER stand in this Race?

UBER is pioneer in ride hailing, ride sharing services and also working on autonomous technology but because of the investment may UBER didn’t achieve before others, if any well established company backed up the UBER than there are high chances for UBER as well.

This all topic was related to why automakers suddenly start shifting toward electrification, may that be cleared now. If we study electric vehicles than we will come to know that first electric vehicles was developed in united states during 1890-91 by William Morrison but during that time there was no need as there were enough oil reserves in saudia to keep the economy strong and powerful for America. So finally it is not the pollution that pushes the electrification alone but all the circumstances behind it become the reasons for the rise of electric vehicles again.