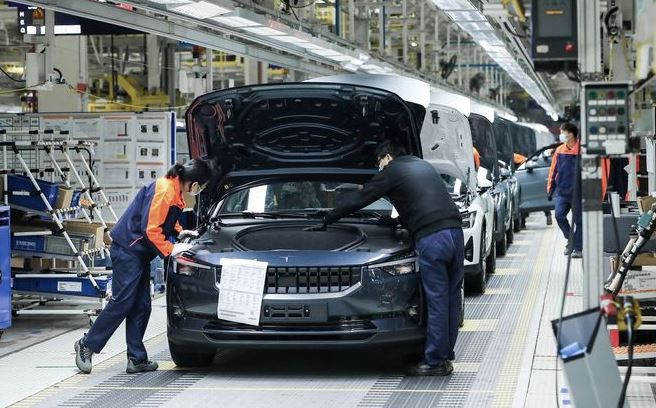 Geely Chinese automaker Giant that is already ahead in the race and overtaking different markets has finally re-opening its subsidiary Volvo’s factories in china after the epidemic of Covid-19.While the life in USA (the biggest competitor of china) is Shut Down, china is resuming its activities again.

According to details Polestar 2 is a uniquely styled car that has 408 horsepower motor which offers 292 miles off range as per WLTP Cycle with 78 KWH battery pack. Moreover the car is equipped with 4 wheel drive system that sends power to the every wheel.

According to details given by magazine “Car&Driver” for the European markets it will start under the price tag of 65,000$ and the supply will first start first to the European markets than to China and North America. Polestar 2 is expected to start deliveries in the 2nd half of 2020 while the polestar 3 Upcoming All Electric SUV by Volvo in the end of next year 2021.

Read Also: Lexus Setting Up First All Electric SUV for Europe and Asia