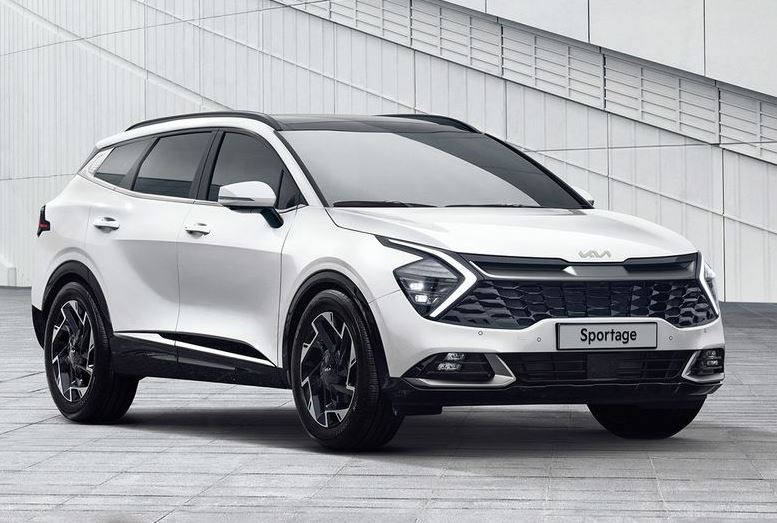 Kia has revealed the first images of the 2022 Kia Sportage (codename: Kia NQ5), showing that the global market debut will hold later this year. While no specifications or prices are released, it is commonly assumed that the fifth-generation Sportage would have different levels of electrification. The Kia Sportage 2022 has revealed finally, and it is a redesigned model that has made its world debut with its all-new design.

The Kia Sportage, one of the best-selling Kias in the world having been introduced in 1993. In 2018, the fourth generation of the tiny crossover SUV surpassed the five-million-sales mark. As demand for crossover SUV models rises worldwide, the fifth generation might add a few million cars to the total.

Kia’s ‘Opposites United’ design philosophy is used in the 2022 Sportage. The 2022 Kia Sportage features a recognizable appearance but incorporates more aggressive and technical components. Although the new car resembles a wild animal less, it is still a dynamic family SUV. The highly creased doors and sharper side skirts with flashes of chrome trim are probably the first things you’ll notice, followed by those pointed daytime running lights. The new plastic trim on the doors and the C-pillars and aggressive-looking wheels are found on the sides.

Inside the cabin, it appears like there has been even more of a makeover. Aside from the new steering wheel, with the new Kia emblem and all the leather, and soft-touch materials strewn across the inside, the dashboard architecture has been completely redesigned. While talking about the air conditioning, the center console has updated controls. There are still knobs to adjust the air conditioning, but there are no levers as you get closer to the middle. The push-to-start ignition, electronic parking brake, and shift-by-wire transmission dial are housed on a single glossy panel.

Rather than the car’s modest touchscreen, you get a big center screen that connects to a new digital driver’s display, similar to the dual-screen systems used in many Mercedes cars. The front seats have a built-in coat and bag racks to hold your luggage. Although the new car’s boot area is not revealed, it is expected to be larger than the previous model car’s 503-liter load bay.

The exact information about the choices of engines is not revealed yet, but A 115hp diesel, a 150hp petrol, and three mild-hybrid engines ranging from 136hp to 180hp will most likely be available. The 5th-generation of Kia Sportage will be a twin of the fourth-generation Hyundai Tucson, available in both extended and short-wheelbase configurations. The Sportage long-wheelbase would be available in most locations worldwide, including those where customers need more capacity, such as the United States.

According to a leaked manufacturing roadmap published on Naver blog Disco, the mass production of the 2022 Kia Sportage NQ5 is set to begin this month. Manufacturing will start at the Kia AutoLand Gwangju plant (factory number 2) in South Korea. The all-new Sportage is expected to launch in the United States in the first half of 2022.