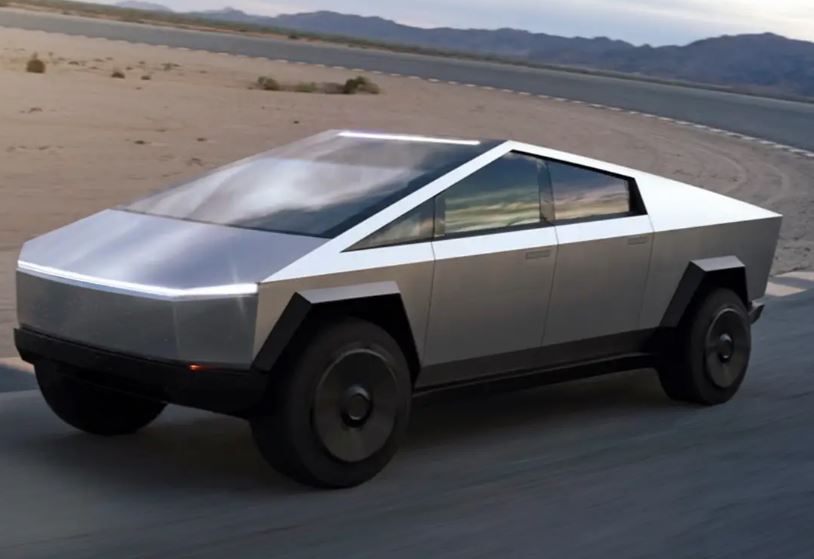 Drive Tesla Canada paper reported an article by RAY4TESLA in which he stated another definite step toward Tesla selling the Cybertruck in China. He discovered and posted the paperwork, which was published on May 18, 2021. According to his report, the Cybertruck translates to “racing truck” in that language.

The Cybertruck has outstanding features that make it even more popular. Bulletproofing is one of the highlighting features introduced by Tesla in the Cybertruck. It can give you a mileage of up to 500 miles, and even the standard battery in its base model can give you a mileage of 250 miles within a single charge. A second auxiliary light bar is fitted at the top of the windshield, with an LED mono-headlight spanning the width of the truck’s front end. The combination of that bulb and the headlight bar is quite lovely, and it perfectly matches Cybertruck’s rough edges. It accommodates six adults in it, and an updated infotainment system consists of a 17-inches touch screen.

It features a fancy transparent roof built from transparent Armor Glass. According to the manufacturer, the single-motor, a rear-wheel-drive base trim can pull up to 7,500 pounds. Tesla also puts a lot of horsepower into its electric motors, favoring effortless, jaw-dropping acceleration over efficiency and range. Tesla promises that the two-wheel-drive vehicle (with the engine in the back) will accelerate from 0 to 60 miles per hour in 6.5 seconds.

Trucks are not much popular in China but, China’s automobile industry is so large that the market still sees over 400,000 pickup trucks per year. Due to this, we expected the news of Cybertruck coming to China, very interesting. The China-made Cybertruck is not much changed compared to the Texas-made Cybertruck, but the designer explained some changes in his article. It has a similar design to a Lamborghini. He also put a searchlight to the front bar and designed an inverted trapezoid to homage Lamborghini’s design language.

Tesla took the first step toward selling the Cybertruck in China by accepting reservations in July of last year. It includes a $1,000 refundable deposit for each of the three variations available for purchase. The China-made Tesla’s Cybertruck will be a milestone in China. Since its reservations and its teasers are released, people in China are getting very interested in it. We are hoping Tesla’s Cybertruck to gain similar popularity in China as it gained in its home country.